KUALA LUMPUR: Top executives at AirAsia Bhd are rolling up their sleeves to explain to its institutional investors as they seek to allay fears raised by research firm GMT Research about the budget airline’s accounting and cash flow in a June 10 report.

“We have talked to our investors. It (the GMT report) is garbage and so, we will not comment [further],” AirAsia group chief executive officer Tan Sri Tony Fernandes told The Edge Financial Daily yesterday.

“Since when does an analyst put out a press release? It is kind of sad how one guy who wants to make money can short stock and create mayhem,” he said.

“We are in discussions with the company about our concerns. We published this report on June 10, but it is embedded in our password protected website for the benefit of our paying subscribers. We have a press embargo until June 24,” it added.

GMT Research went on to say that it was not a short seller, but an accounting research firm licensed by Hong Kong’s Securities and Futures Commission.

However, the report continued to spook investors yesterday, sending shares in AirAsia falling to a new closing low of RM1.79 in five years, its lowest since Sept 15, 2010 when the counter closed at RM1.71 per share.

According to an analyst who has seen the report, GMT Research’s main concern was the method AirAsia had applied to account for losses from its associates.

“GMT Research basically was concerned that it (AirAsia) had understated losses by its associates,” he told The Edge Financial Daily.

AirAsia’s share price has been on a downtrend since last Monday (June 8) from RM2.14 to close at RM1.81 last Friday. Yesterday, it hit a low of RM1.74 in intraday trade before closing at RM1.79, with 13.86 million shares done. Its market capitalisation stood at RM4.98 billion.

The stock has lost 34% of its value since the beginning of this year.

Another analyst, who declined to be named, said the fall in AirAsia shares was also triggered by weak sentiment in most Southeast Asian stock markets.

“The (GMT Research) report is definitely not positive for AirAsia,” he said.

In his note to investors last Friday, Mohshin Aziz said issues raised by GMT Research were nothing new, and the analyst community had already deliberated them meticulously.

“Nonetheless, the market panic has set in. We take the view that AirAsia’s fundamentals are intact and maintain our ‘buy’ call,” he said.

“We are confident that AirAsia’s domestic operations will perform well, buoyed by better supply-demand balance and the restructuring at Malaysian Airline System Bhd. Be brave and accumulate for a profitable trade,” Mohshin added. 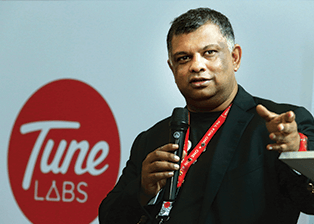