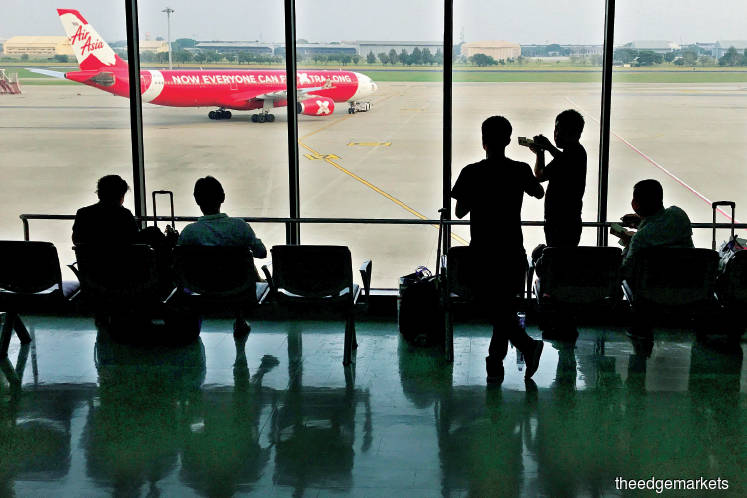 AirAsia Group Bhd
(Jan 7, RM1.66)
Maintain buy with an unchanged target price (TP) of RM2.04: We opine that there might be an increase in the amount of jet fuel consumed this year by AirAsia Group Bhd as we do not discount the possibility that it will be adding more capacity and routes in conjunction with Visit Malaysia Year 2020 (VMY2020). Nevertheless, AirAsia’s prudent hedging strategy means it could weather the expected rise in oil price. For the financial year ending Dec 31, 2020 (FY20), AirAsia is hedging 72.8% of the Brent crude oil price at US$60.22 (RM246.90) per barrel (pb). Assuming that the geopolitical tensions between the Middle East and the US are prolonged, pushing the Brent crude oil price up to around US$75 to US$80 pb, we estimate that the unhedged portion of fuel cost could decrease by 1% year-on-year (y-o-y) or RM3 million in FY20. Meanwhile, we expect AirAsia’s total fuel cost to be 13.8% higher y-o-y in FY20. Under a situation where none of AirAsia’s fuel requirements are hedged, we estimate that the total fuel cost could increase as much as 25.7% y-o-y (assuming that the Brent crude oil price were to hit US$75 pb). In contrast, a 100% hedge for its oil requirements would result in only a 9.4% y-o-y rise in AirAsia’s total fuel cost in FY20. Nevertheless, it would be important to have a buffer in a situation where the Brent crude oil price could go below the hedged amount. Hence, we reiterate that AirAsia’s current hedging strategy serves as a tool to prevent fuel cost from inching higher.

No changes are made to our earnings estimates.

While AirAsia’s earnings for FY19 thus far are below our expectations, it was due to the accounting effect of Malaysian Financial Reporting Standard 16 (MFRS 16). We believe that AirAsia’s operations will continue to remain sound. We continue to like AirAsia as the company continues to enhance its cost structure, along with efforts to rationalise revenue and cost via digitalisation. Our positive outlook for AirAsia also hinges on its: i) more prudent hedging policy; ii) stable operations with added capacity; and iii) continuous improvement to drive its non-airline ancillary business.

Meanwhile, the adoption of MFRS 16 will be a headwind in the next coming years as the majority of AirAsia’s fleet is leased. Nonetheless, AirAsia is expected to gain from a lower amount of interest beyond the fifth year of lease terms.