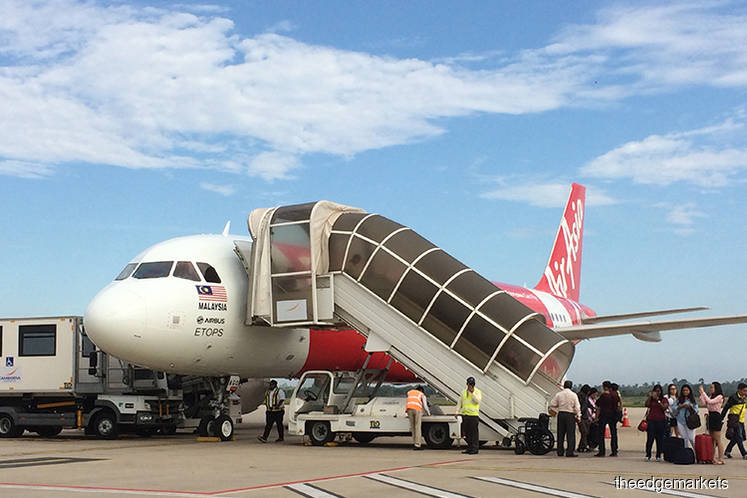 In a statement today, Riad said the seven-page statement by MAHB yesterday did not clarify on the PSC, but rather further muddied the waters in relation to the increased airport tax at the Kuala Lumpur International Airport 2 (klia2), which AirAsia Group Bhd has refused to collect in the interest of its passengers.

“AirAsia has always maintained that the facilities and level of service at klia2 are inferior to those provided at KLIA, hence, the rates cannot and should not be the same. From the onset, klia2 was deemed a low-cost terminal as specified on the websites of both MAHB and the Malaysian Ministry of Transport, yet MAHB insists on charging the same amount for klia2 as it does for KLIA, a full-service terminal.

“The Malaysian government has long stated that it intends to position the country as a low-cost hub to promote tourism, a major economic sector. MAHB’s blatant disregard for this by attempting to compare airport charges with those of full-scale terminals in other Asian countries — many of which are now moving towards building low-cost carrier terminals (LCCTs) — is not only duplicitous, it is also doing a disservice to the people of Malaysia,” he said.

He went on to say that countries like Thailand, Indonesia and Japan have accepted that there are two operating airport modes — one for full-service carriers and one for low-cost carriers, in line with changing global travel trends.

“These countries are already in the process of building LCCTs or revamping their airport tax regimes in light of this reality.

“Thailand is currently developing U-Tapao airport in Pattaya as a low-cost alternative to Bangkok, and Jakarta’s Soekarno-Hatta airport already charges lower rates at Terminals 1 and 2 than at Terminal 3, with an eye to further reducing airport tax at Terminal 2, which will be converted into an LCCT.

“Japan's Tokyo Narita airport has a dedicated low-cost terminal that will be expanded to twice its current capacity by 2022,” Riad said.

He also disputed MAHB’s contention that it has no say in determining airport tax rates, saying it is involved in the process every step of the way, due to its position as an airport operator.

“On our part, in partnership and cooperation with, and in support of, the Malaysian government, AirAsia has worked hard to ensure air travel remains affordable to everyone. This can be seen in our practice of offering low fares since our inception and mounting extra flights during peak festive periods, such as for the upcoming Chinese New Year holiday,” Riad added.

He reiterated that the decision to charge the same airport tax for both KLIA and klia2 is fundamentally wrong and against the principal of non-discriminatory pricing, which assumes comparable service levels.

MAHB had said the Board of Airline Representatives (BAR) has protested against AirAsia’s non-compliance with the gazetted PSC rate for international departures, as it “creates an unlevel playing field”.

To this, Riad said BAR represents only the interests of full-service airlines and not low-cost carriers.

“Airline members of BAR already charge premium fares to their passengers. Therefore, they cannot impose their standards on low-cost carriers, who operate in a different segment altogether,” he said.

“As far as other airlines at klia2 are concerned, we would like to note that AirAsia accounts for more than 90% of travellers at klia2, so citing the example of airlines that use the airport at a miniscule fraction of what AirAsia does, again, is duplicitous and disingenuous, and is akin to comparing apples and oranges,” Riad said.

He said AirAsia will continue to make air travel accessible to all and to ensure fairness of charges for consumers based on services, including those provided by MAHB.

“We believe that the public should not be made to suffer for the sake of enriching a monopoly,” he said.