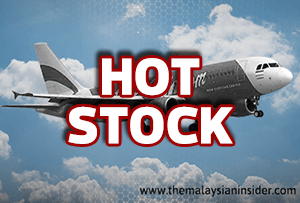 Hong Leong IB Research (HLIB) has downgraded AirAsia Bhd to “Trading Sell” with a lower target price of RM2.64 (from RM3.15) after AirAsia Indonesia Flight QZ8501 with 162 persons on board had been reported missing on Dec 28.

In a note Monday, HLIB said following the MAS MH370 and MH17 incidents, AirAsia QZ8501 was likely to have a deep impact on the demand for air travel.

“AirAsia’s liability is likely to be fully covered by insurance and hence, no direct impact to its finances. However, we expect AirAsia to cut its yields in 2015 in order to stimulate air travel demand, leveraging on the low jet fuel price.

“Downgrade to Trading Sell with lower target price of RM2.64 (from RM3.15), after imputing lower earnings,” it said.