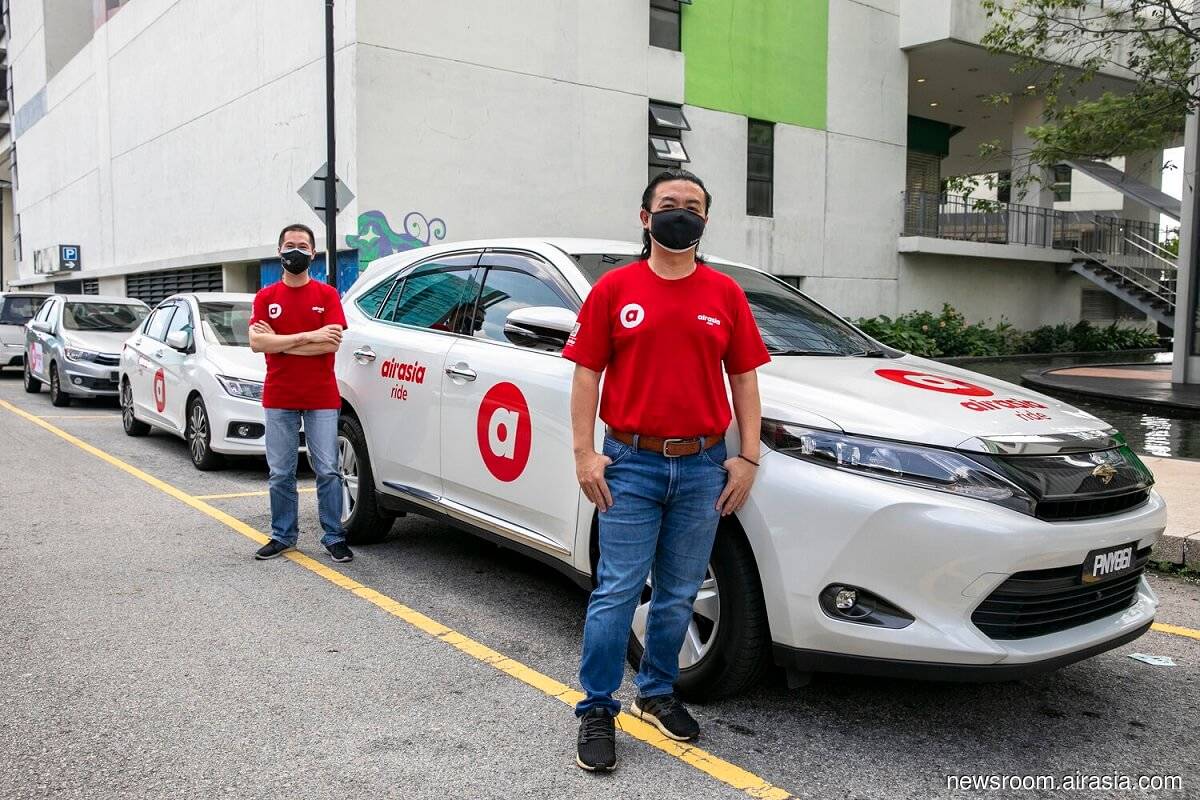 KUALA LUMPUR (Aug 24): AirAsia Group Bhd has finally launched AirAsia Ride, the latest offering under the group’s super app, an e-hailing service that will be rolled out in other states by the end of the year.

AirAsia Group CEO Tan Sri Tony Fernandes had told The Edge in March that the group was planning to enter the ride-hailing business.

AirAsia Ride is launched in Kuala Lumpur today, according to AirAsia Ride CEO Lim Chiew Shan, with the service to be expanded to other states such as Selangor, Penang, Johor, Kelantan, Sabah, Sarawak by end-2021.

“What sets AirAsia Ride apart from others in the market would be the unique insights and data we have due to our position as a super app that owns an airline, and have strong vertical products on e-commerce, fintech, logistics and now e-hailing,” said Lim during a briefing with the media.

He added that this would enable the group to leverage its data and algorithm to provide a seamless journey from booking flights to pre-booking their rides to the airport, as well as for their return journey all within the super app.

Passengers will have the option to pick their preferred vehicle types and drivers, said Lim, with the service undertaking a “driver-forward” concept which will enable its drivers to improve their overall income.

AirAsia Ride has about 1,500 registered drivers currently, with 5,000 more to come on board in the next six months.

“We will continue to recruit drivers. We are aiming to have at least 30,000 drivers going forward, in order to meet the demand that we are expecting to generate,” said Lim.

AirAsia Ride’s fleet of drivers are 100% vaccinated, according to AirAsia Group chief safety officer Captain Ling Liong Tien, with the drivers to be regularly tested.

The group is also aiming to offer the service in other countries in the region, according to AirAsia's Fernandes.

“Malaysia is step one. Thailand will be next, and then into Indonesia, the Philippines, Singapore, etcetera. So there will be two rollouts, one in Malaysia, and there will be an Asean rollout as well which will be as aggressive going forward,” he said.

Meanwhile, Fernandes said the group’s digital plans are ongoing, covering segments such as travel, delivery and finance, which he said will see BIG Wealth facilitating the acquiring of loans by individuals and small and medium enterprises (SMEs) via its platform, as well as allowing people to invest in Bitcoin, unit trusts, and equities.

He added that the group is eyeing four or five more acquisitions on the horizon, although he did not elaborate on the M&A plans.

Asked if the group is looking into eventually spinning off the digital portion of its business, he said there will be a “split” at some point, noting that the stock market has not considered the value of its digital products.

However, he said that will be up to the board to decide.