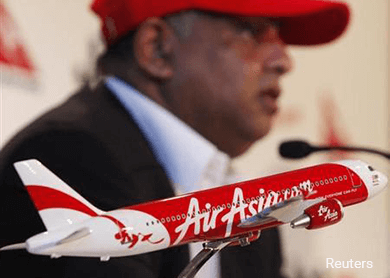 "We will be submitting the AOC (air operator’s certificate to the Japanese authorities) in the next few weeks," he told a press conference after the signing ceremony between AirAsia and Airbus for the purchase of the electronic Flight Folder app today.

This would be AirAsia's second attempt at Japan’s aviation market after ending its joint venture (JV) with ANA Holdings Inc in 2013 due to a disagreement over strategy.

Initially targeted to start in the middle of 2015, it was reported that AirAsia had been forced to delay its return to Japan's skies as the transport ministry in Tokyo was being "meticulous" on the airline's operations before granting approval.