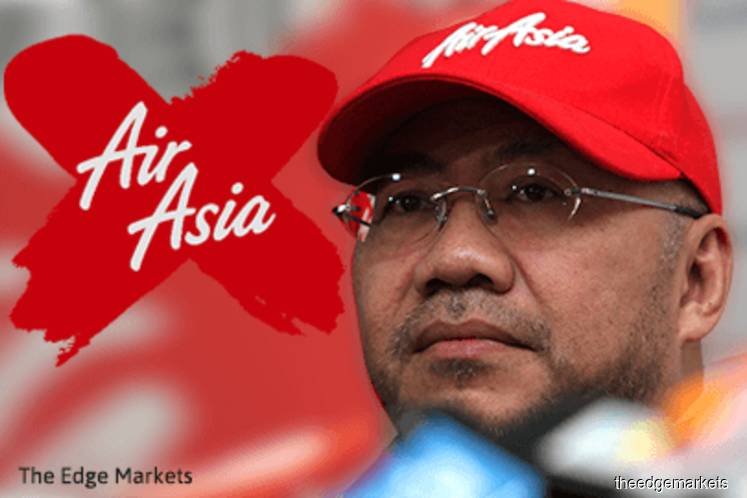 Kamarudin is the controlling shareholder of AirAsia. He currently owns a 32.18% stake in AirAsia through his equity interest in Tune Live Sdn Bhd and Tune Air Sdn Bhd.

Kamaruddin had on April 2, 2019 agreed without admission or denial of liability to settle a claim that the SC was proposing to institute against him for acquiring 5.66 million MAS shares between Aug 1 and 5, 2011, according to the statement on SC website.

To recap, on Aug 9, 2011, the national carrier, AirAsia and AirAsia X Sdn Bhd (AAX) entered into a Comprehensive Collaboration Framework.

It was also agreed that MAS was to be a full-service premium carrier while AirAsia and AAX would be regional low-cost and medium-to-long haul low-cost carriers respectively.

Besides his case, a director of AmanahRaya Investment Management Sdn Bhd, which is a wholly-owned subsidiary of Amanah Raya Bhd, named Abdul Radzim Abdul Rahman and one Mohamed Radzif Mohamed Shamsudin had, on April 9, 2019, also entered into a settlement with the SC worth RM750,000 respectively for the same offence.

SC noted that all of the shares acquisition were done through the account of Nor Ashikin Khamis’ and Malizan Mahmood whilst in possession of inside information contrary to Section 188(2) of the Capital Markets and Services Act 2007 (CMSA).

"The settlement was reached following letters of demand sent by the SC pursuant to its civil enforcement powers under the securities laws," SC said.

The SC added that the the monies recovered will be applied in accordance with Section 201(7) of the CMSA.