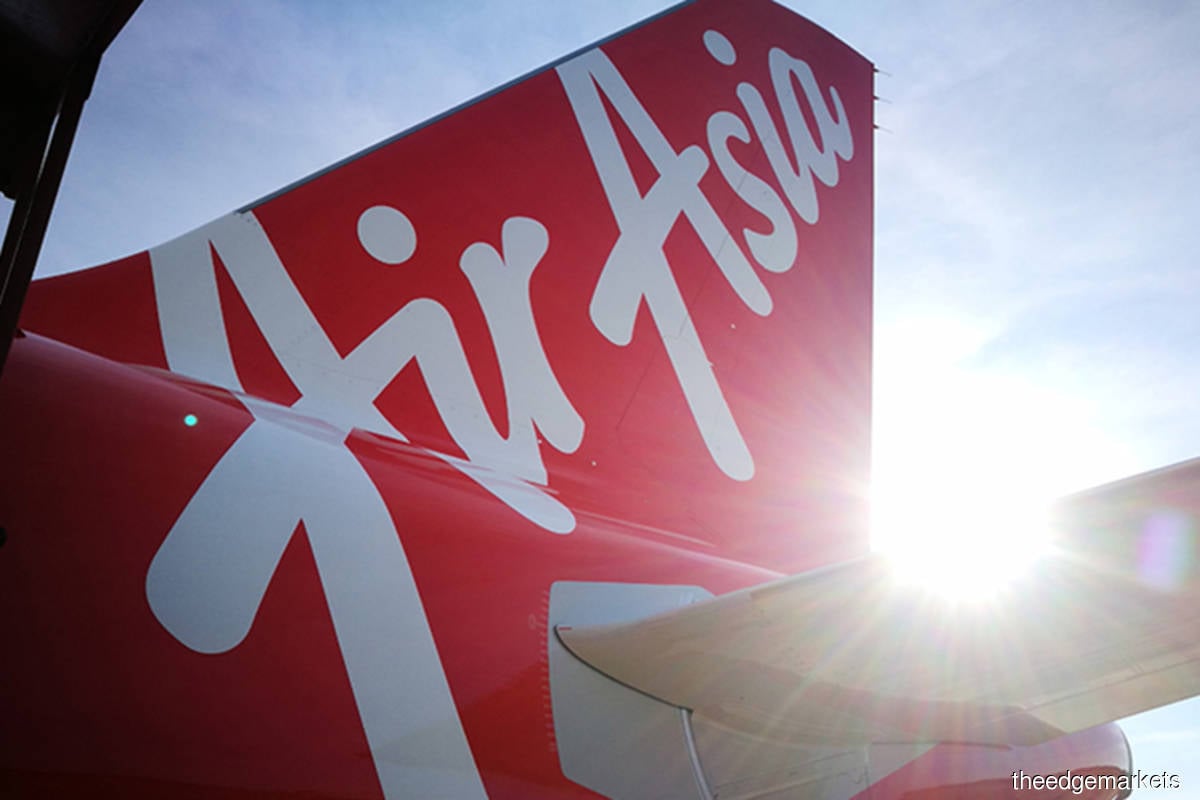 The impairments incurred include for right-of-use (ROU), receivables, as well as fuel swap losses. On the other hand, the group also booked a gain on disposal of its stake in AirAsia India of RM229.4 million, AirAsia's filing showed.

Excluding the unusual items, AirAsia still booked a loss of RM1.02 billion for the quarter, as opposed to RM851.78 million in 3QFY20, as group revenue fell 39.62% to RM267.44 million, from RM442.91 million, as Malaysia imposed targeted Movement Control Orders in October and November.

“It is notable, however, that the Philippines doubled its passengers carried whilst Indonesia multiplied its number of passengers carried by 11 times quarter-on-quarter. This is testament that for areas where travel restrictions are lifted, there is a solid domestic rebound for air travel,” the group said.

A major portion of the loss for the period relates to depreciation of ROU and interest on lease liabilities amounting to RM654.2 million for 4QFY20 and RM2.5 billion for FY20, the airline said.

“While the group had successfully negotiated for deferrals with lessors, pursuant to the practical expedient available under Amendments to MFRS16: Covid 19 Related Rent Concessions, the income statement charge for depreciation and interest were not adjusted,” it added.

“The group has reviewed every aspect of our operations and made great strides in establishing a leaner and more optimised airline operation, as we prepare for an expected surge in demand, post-pandemic,” AirAsia said of its prospects.

“Even if borders remain closed, the group is well-prepared to rely solely on domestic operations alone this year,” it added.

The carrier has also set a timeline for its non-airline and digital business to contribute to 50% of the group topline in five years’ time.

Apart from the final stages of discussion for the Danajamin Prihatin Guarantee Scheme for its potential loans with banks, AirAsia said it also has ongoing deliberations with several parties for collaborations “that may result in additional third party investments in specific segments of the group's business”.

The airline’s co-founder and group CEO Tan Sri Tony Fernandes told The Edge in an interview last week that the group was "targeting RM800 million to RM1 billion" in rights issue (read more on the interview in this week's edition of The Edge Malaysia).

In a conference call with analysts this evening, Fernandes affirmed the upcoming rights issue but did not go into the size and specifics, according to analysts who called in.

One analyst opined the cash call could end up being “more than” the company's estimate, following the record losses and depending on how the recovery path pans out. Past analyst estimates ranged from RM1 billion to RM3 billion, prior to AirAsia’s update on its talks with the financial institutions.

With another challenging quarter expected due to the Movement Control Order 2.0 in 1Q21, another analyst pointed to better days in the 2H, “should travel be allowed again”.