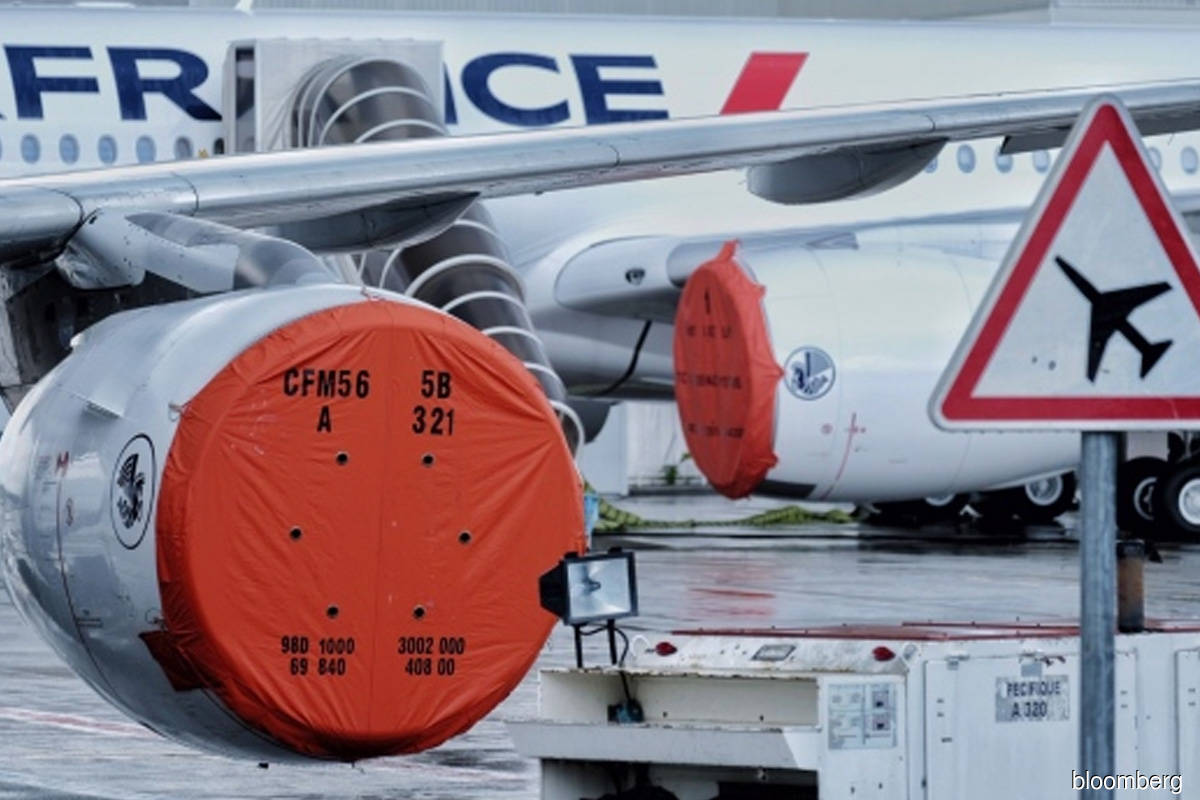 PARIS/AMSTERDAM/DUBLIN/BRUSSELS (April 6): France will contribute to a 4 billion-euro (US$4.7 billion) recapitalisation of Air France-KLM and more than double its stake to nearly 30%, under plans announced on Tuesday with European Union approval.

The move is the latest by a major airline group to shore up finances after more than a year of Covid-19 travel shutdowns and deep losses for the sector.

The French government will convert a 3 billion-euro loan granted last year into a perpetual hybrid bond instrument and subscribe to a one billion-euro share issue, raising its stake in Air France-KLM from the current 14.3%.

"This will make the state Air France's biggest shareholder," Finance Minister Bruno Le Maire said, describing the step as a "sign of commitment" to the airline and its employees.

The agreed conditions require France to find a "credible exit strategy" within a year and cut its shareholding to pre-crisis levels by 2027. Dividends, share buybacks and management bonuses are barred until most or all of the aid is repaid.

Other measures include the extension until 2023 of state guarantees on another 4 billion euros in loans granted to Air France-KLM last year.

Under the EU-approved terms, Air France will give up 18 Paris-Orly take-off and landing slots to competitors, amounting to 4% of its current portfolio at the airport.

But in a detail touted by Le Maire as a key victory, the surrendered slots will be restricted to Orly-based aircraft with crews on local contracts.

That could reduce their appeal to ultra-low cost rivals such as Ryanair and Wizz Air – often accused of undercutting traditional airlines with crews hired in lower-tax jurisdictions.

"We were listened to by the Commission (regarding) the dumping practised by some low-costs on the French market, which could have endangered Transavia," the chief executive said.

In response, Ryanair condemned what it called the "ineffective remedies" imposed by Brussels and said the aid would "damage competition in the air transport market for decades to come".

The bailout is the closest a major European carrier has come to renationalisation, after Germany took a 16.7% Lufthansa holding as part of its rescue package.

The Netherlands, which bought 14% of Air France-KLM in 2019 to counter French influence, will not join the capital hike – easing a governance standoff at the group, while potentially adding to break-up pressures from some Dutch political quarters.

The likely dilution of the Dutch government's stake to 9.3% "has no consequences for the protection of public interests", Dutch Finance Minister Wopke Hoekstra told lawmakers on Tuesday.

Dutch officials are in separate talks with Brussels over new support for KLM, likely to entail a similar conversion of the state's one billion euro loan into hybrid debt.

Delta Air Lines, an 8.8% shareholder in Air France-KLM, is barred from investing under US federal aid rules and will be diluted. China Eastern plans to acquire new stock while keeping its stake below 10%, the group said.

Air France-KLM shares closed 1.6% higher at 5.22 euros on Tuesday. The stock is down almost 50% from pre-pandemic levels, partly reflecting the potential for supplementary share issues.

The group said it would seek shareholder approval next month for "additional measures" to strengthen the balance sheet and cut net debt to a target of two times earnings before interest, depreciation, tax and amortisation (EBIDTA) by 2023.

"This is not the end of actions to strengthen the balance sheet," Bernstein analyst Daniel Roeska said, warning "further dilution for shareholders" was likely.

Deutsche Bank, HSBC and Natixis are advising Air France-KLM on its refinancing.

Updating forecasts, Air France-KLM said it expected an EBITDA loss of 750 million euros for the first quarter, compared with its 1.7 billion euro deficit for the whole of 2020. Results for January-February were better than expected and capital expenditure 10% below budget, it added.

The group said it "still expects a significant recovery in demand" as Covid-19 vaccination campaigns allow a resumption of summer travel in coming months.