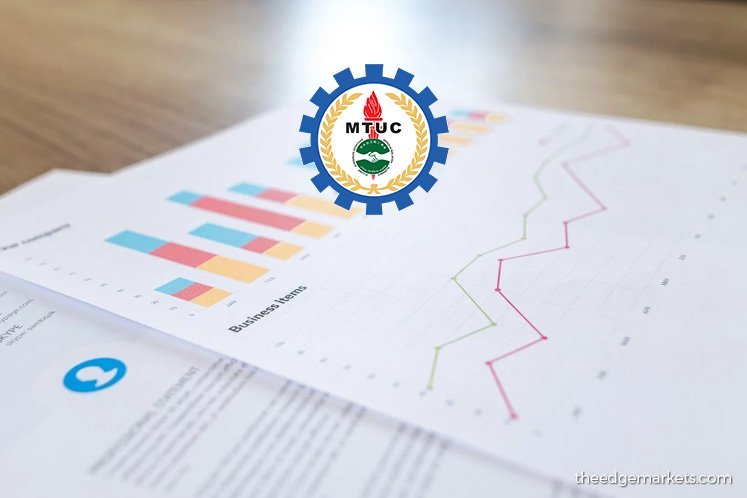 KUALA LUMPUR (April 5): The extra assistance for small and medium enterprises (SMEs) to be announced by the government must come with adequate conditions to ensure the SMEs do not retrench workers or cut their salaries and leaves, the Malaysian Trades Union Congress (MTUC) said today.

MTUC acknowledged that some of these SMEs are in dire straits and therefore may even need direct cash assistance as the only way to survive the economic downturn and enable workers to keep their jobs.

“What has been forgotten in this clamour for more government assistance is that these very same companies employ 64% of the total workforce in the private sector.

“As such, the thrust of the government assistance should be on the SMEs and the workers as well,” MTUC secretary-general J Solomon said in a statement.

“The government must through the minister of human resources make emergency employment regulations to prevent retrenchment, wage cuts and forced annual leave availment during the next one year,” he said.

Solomon noted that Finance Minister Tengku Datuk Seri Zafrul Tengku Abdul Aziz has sounded the possibility of an economic recovery in 2021 and had said there is RM121 billion as an extra capital buffer in the financial system.

“Having this ‘cushion’ makes it all the more imperative for the government and employers not to neglect workers by ensuring they keep their jobs and their income intact.

“Whatever cash assistance given to SMEs must be used to retain their staff and provide long-term job security,” he said.

Solomon said there should be no compromise on protecting the B40 workers, most of whom depend on daily or low monthly wages.

“These are people who are terribly underpaid although they work for 12 hours a day, most of whom are foreigners.

“It’s the low-paid workforce who are our heroes, many of whom are in the frontlines trying to keep the country clean and keep the people away from harm,” he said.

Claiming that some SMEs had contributed to huge income disparity in Malaysia, Solomon said: “While keeping the salaries of B40 and M40 groups low, they amassed huge profits and upgraded their lifestyles.”

He accused employers of talking about equitable sharing only now, but not when business was good and profits were huge in the past.

“Employers often viewed workers’ jobs and wages as something that can be sacrificed at the altar of profits. There was no equitable sharing. The coronavirus outbreak has brought to the fore, a stark reality of the level of inequality between employers and workers,” he said.

He said the government, employers and workers must jointly steer the nation to a path where everyone survives the inevitable economic burden ahead.

“This is the new ‘tripartite’ to bring back the nation to its feet. We call on the government and employers to ensure the health, security and dignity of all workers. We must co-exist if we are to survive. Take one out of the equation and we will get the calculation all wrong,” he added.

Read also:
SMEs up against a wall
What businesses really want from the government, and why
Covid-19 & MCO: Tax relief proposals for SMEs
Losing sleep and weight over the MCO
Government, employers and employees must contribute to save jobs