Ahmad Zahid's trial: Some money was paid to gangsters for protection 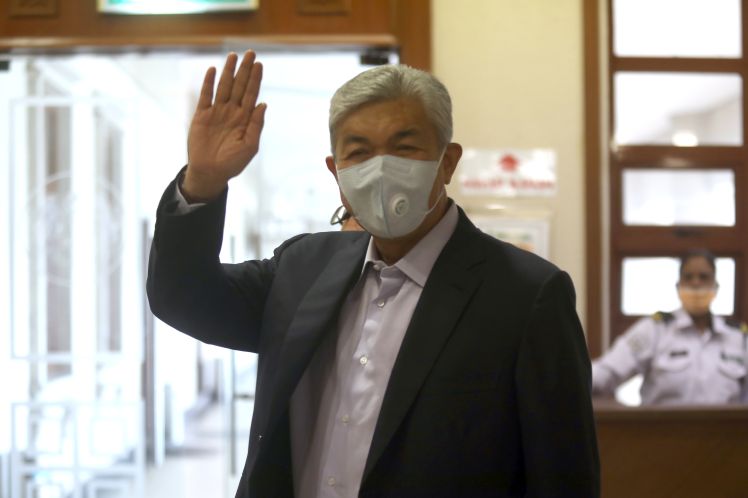 Cergas Murni Sdn Bhd director Paul Latimer, 78, said part of the money was for “protection money” for gangsters while the remaining was meant for the company’s operational matters which included payment to sub contractors and suppliers during the construction of the third bridge in Klang from 2014 to 2017.

He said this during cross-examination by defence counsel Datuk Rosal Azimin Ahmad on the 24th day of the trial of Ahmad Zahid, who is facing 47 criminal breach of trust, corruption and money laundering charges involving funds belonging to Yayasan Akalbudi.

However, Latimer said “I cannot recall” in his reply to a suggestion by Rozal Azimin that the company had issues with machinery in 2016.

Rosal Azimin: All these checks have nothing to do with Zahid (Datuk Seri Ahmad Zahid), because you had no dealings with him?

Rosal Azimin: The company was awarded the bridge project in Klang not because of Omar Ali (a money changer)?

Describing the money as a “friendly loan”, the 69-year-old witness said the company was facing financial difficulties to complete the highway project from Machang to Kuala Krai, in Kelantan.

“My company was handling a project and at times the payments from the client came in late...but as the project was already in progress, we need cash to keep it going,” said the 72nd prosecution witness.

Asked by Harris Ong whether he took the initiative to find out how Omar Ali acquired the money, Hashim said he did not.

“To me, we have to pay what we borrowed. I have no time to check (the source of the money). My concern was to ensure the project is completed,” he said.

For the 27th charge, Ahmad Zahid is accused of having committed money-laundering by instructing Omar Ali to convert for him a cash amount of RM6,885,300.20, which is income from illegal activities, into 30 cheques that were given to Messrs Lewis & Co for the opening of Maybank fixed deposit accounts.

Ahmad Zahid, 67, is facing 47 charges, with 12 of them involving criminal breach of trust, eight for corruption and 27 for money laundering involving tens of millions of ringgit of funds belonging to Yayasan Akalbudi.

The trial before Judge Collin Lawrence Sequerah continues on July 14.