Ahmad Ramli, Anuar Murad in the thick of LCS issue 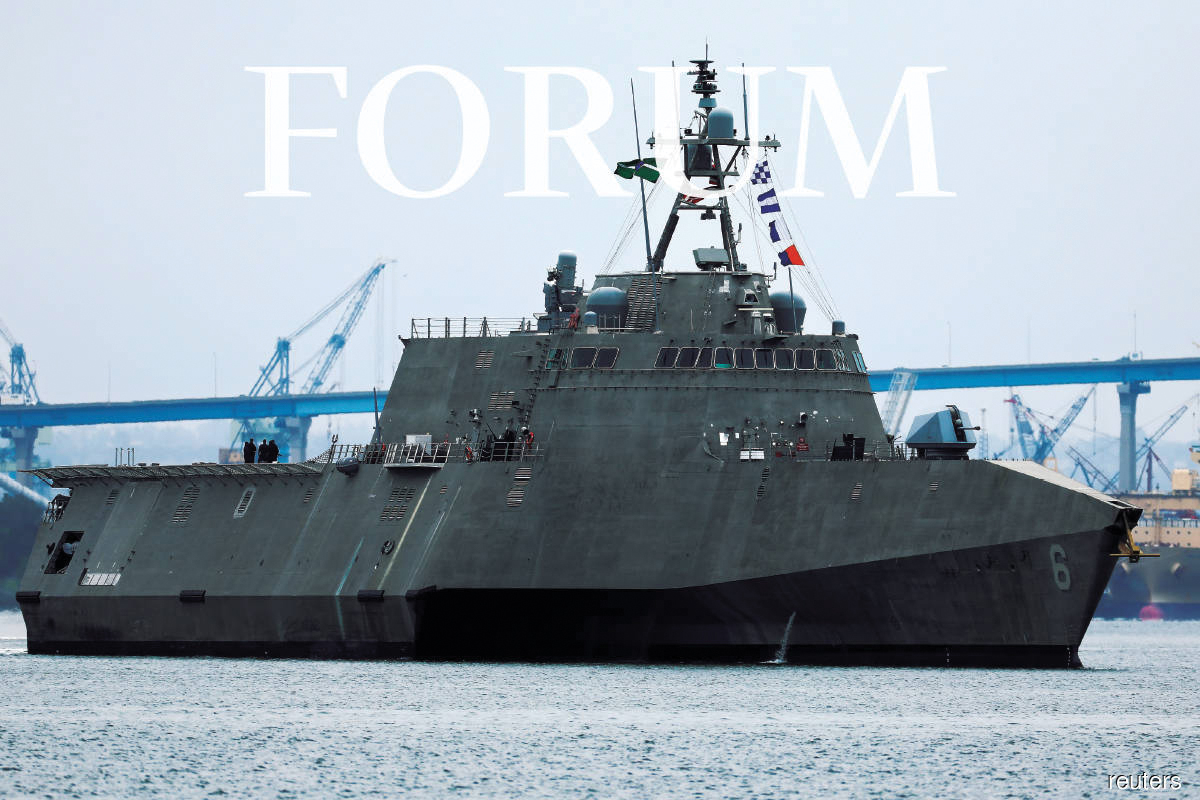 Ahmad Ramli, who was also chairman of the LCS Steering Committee, appointed committee members without the approval of, or discussion with, BHIC’s board members.

The PAC report adds that Anuar, who was also BHIC defence and safety director, issued various letters of award (LoA) and variation orders (VO) with the support of Ahmad Ramli, allowing lax management to prevail.

BNS is 20.77% controlled by BHIC and 68.85% by Boustead Holdings Bhd, with armed forces fund Lembaga Tabung Angkatan Tentera (LTAT) holding 10.38% and the Minister of Finance Inc having a single golden share.

In late November 2020, BHIC announced that a forensic audit had been commissioned in February the same year on the LCS project. It said that the findings of the audit, which took seven months to complete, were handed over to the Malaysian Anti-Corruption Commission in September 2020.

In January this year, it was reported that the MACC had detained two chief executive officers — one 79 years old and the other 49 — in relation to the LCS project, but things have gone quiet since then.

In a brief phone conversation with The Edge, PAC chairman Wong Kah Woh, who is Ipoh Timur member of parliament, says, “It is very sad. The project value is (circa) RM9 billion for six ships (LCS), so the cost for one ship is about RM1.5 billion, so with RM6 billion being spent, you would expect at least four to be built … but no, not even one. This time, the money involved is big, the biggest PAC has encountered. It’s just crazy.”

The PAC report also highlights there was no review of the many technical, financial and legal aspects of the LCS project, and mentions that Anuar was never even ticked off despite many written complaints against him.

Anuar is also said to have been behind appointments of the LSC Steering Committee evaluation team and, as such, there was no independence in the evaluation of proposals. Anuar apparently also overruled the team’s decisions several times.

Royal Malaysian Navy chief Tan Sri Abdul Aziz Jaafar wrote a total of 10 letters addressed to the highest levels, including the prime minister and deputy prime minister, to state the navy’s stance. He had told the PAC, “Never has the design [of the LCS] been decided by the contractor [BNS] and not the end user [the navy].” He had added, “Something is gravely wrong!” and that the contractor BNS is “too powerful”, among other things. The RM9.13 billion LCS project had four major segments — design and support, platform systems and steel kits, major sub-systems including combat management systems, and other components — and all four segments had issues.

Prior to the report, what was understood was that the government had paid RM6.08 billion, or 66.64% of the RM9.13 billion price tag, which was actually a cap or ceiling price, but had yet to receive and commission even a single vessel. The contract for six LCS was awarded in 2011 and the first vessel was to have been delivered to the Royal Malaysian Navy in 2019 while the rest were to be delivered on a staggered basis until 2023.

From the PAC report, it is understood that BNS had made additional claims which would have driven up the price of the six vessels to an astronomical RM11.14 billion, or RM1.86 billion per LCS.

With RM6.08 billion paid out, work on five LCS was at various stages, but has now stopped, with 164 original equipment manufacturers, vendors and suppliers being owed RM800 million, and banks an additional RM700 million.

Until 2014, the government had forked out RM5 billion to BNS, out of which RM1.02 billion was deemed a “mobilisation payment”, which many say is huge for a project of this size.

BNS in the late 1990s was known as PSC Naval Dockyard Sdn Bhd, a unit of publicly traded PSC Industries Bhd (PSCI), which was controlled by businessman Tan Sri Amin Shah Omar Shah. PSCI was awarded a RM5.4 billion contract to build six offshore patrol vessels (OPVs) for the navy in September 1998, which was part of a larger deal to build 27 OPVs for a staggering RM25 billion. If completed, that would have been the largest contract in the history of the Ministry of Defence (Mindef).

In a nutshell, PSCI and Amin Shah bungled the RM5.4 billion OPV contract, costing the government billions. He was ousted from PSCI and left the country.

The white knight for cash-strapped, Practice Note 17 (PN17) PSCI was the armed forces fund, or LTAT. LTAT controls 59.42% of Boustead Holdings. Boustead Holdings took control of 65% of PSCI’s stock and restructured the company into BHIC.

This bit of history is relevant to what is going on now with the LCS because of the RM6.08 billion paid by the government for the RM9.13 billion contract, RM1.4 billion was not utilised for the project at all, RM1 billion was termed a cost overrun, and RM400 million was used to settle PSCI’s debts.

As at end-December 2020, BNS had accumulated losses of RM775.62 million. Strangely, BNS had total assets of RM1.51 billion, with total liabilities also pegged at RM1.51 billion. An asterix on the total assets column indicated: “The figures provided under the CCM’s (Companies Commission of Malaysia) computer printout search are indicative only and do not necessarily balance.”

Of the RM1 billion termed as cost overruns, RM305 million was utilised to build shore and software integration facilities in Cyberjaya.

There also seems to be some manoeuvring. Because the total project was capped at RM9.13 billion by the Ministry of Finance’s Economic Planning Unit (EPU), BNS officials are understood to have carved out a RM121 million integrated logistics support (ILS) portion from the scope of the project, and reinserted the ILS portion back into the plans via a separate agreement.

However, the RM121 million ILS contract had ballooned to RM600 million, and a development fund from Mindef was utilised to pay for this.

The report also highlights that while the Royal Malaysian Navy had expressed a preference for the Dutch-made Sigma LCS, BNS managed to get the government to opt for France’s Naval Group’s Gowind LCS instead. Naval Group was formerly Direction des Constructions Navales or DCNS, from which Malaysia acquired its Scorpene submarines some years back.

The acquisition of products from these JV companies had mark-ups of four to five times, and the question raised was why BHIC needed a JV when it could easily have sourced the same products without the exorbitant margins.

According to the PAC report, the terms of the JV were watertight, with BHIC not being able to view any accounts, agreements, or even documents.

BNS is also said to have been actively acquiring equipment and had amassed RM1.7 billion worth in its stores. However, as much as 15% of what was acquired had become obsolete.

The high level of mismanagement and the huge losses at BNS have generated much interest as to what transpired in the 10-year procurement contract for the six LCS, the largest in Mindef’s history, and raised questions on governance standards at government-linked companies.