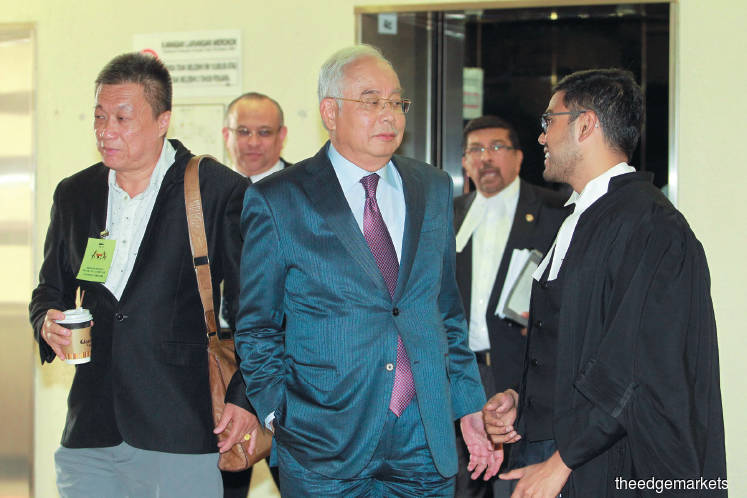 KUALA LUMPUR (April 30): The Attorney-General's Chambers (AGC) has filed a motion in the High Court here today to vacate the dates allotted for the trial of Datuk Seri Najib Razak's 1Malaysia Development Bhd case, to make way for the continued hearing of the ongoing SRC International Sdn Bhd trial.

The SRC trial started on April 3 and is scheduled to continue until May 10.

Deputy Public Prosecutor (DPP) Muhammad Izzat Fauzat, who affirmed an affidavit in support of the motion, told reporters today that the motion has been scheduled for hearing on May 2.

The DPP said it is in the best interest of all parties, including witnesses subpoenaed to attend the SRC trial, that the ongoing trial continues without any further adjournment until its completion.

“This is because it’s in the public interest that cases involving the former prime minister be disposed of expeditiously.

“And it would be against public interest and prejudicial to the defence of the accused (Najib) to have multiple trials proceed on a part-heard basis, as this would result in an unnecessary delay in all the trials,” he stressed.

Izzat said High Court Judge Mohd Nazlan Mohd Ghazali, who is presiding over the SRC trial, had indicated he would have no objections to continue with the case on the dates scheduled for the 1MDB trial, provided that Judge Collin Lawrence Sequerah, who is slated to hear the 1MDB case, agrees to the motion raised by the prosecution.

Attorney-General Tommy Thomas told Justice Mohd Nazlan yesterday that the prosecution intended to write to Justice Sequerah to postpone the start of the 1MDB trial.

Izzat updated that the letter was sent to Justice Sequerah’s secretary yesterday by DPP Ahmad Akram Gharib, but the court replied via a letter on the same day to decline the request.