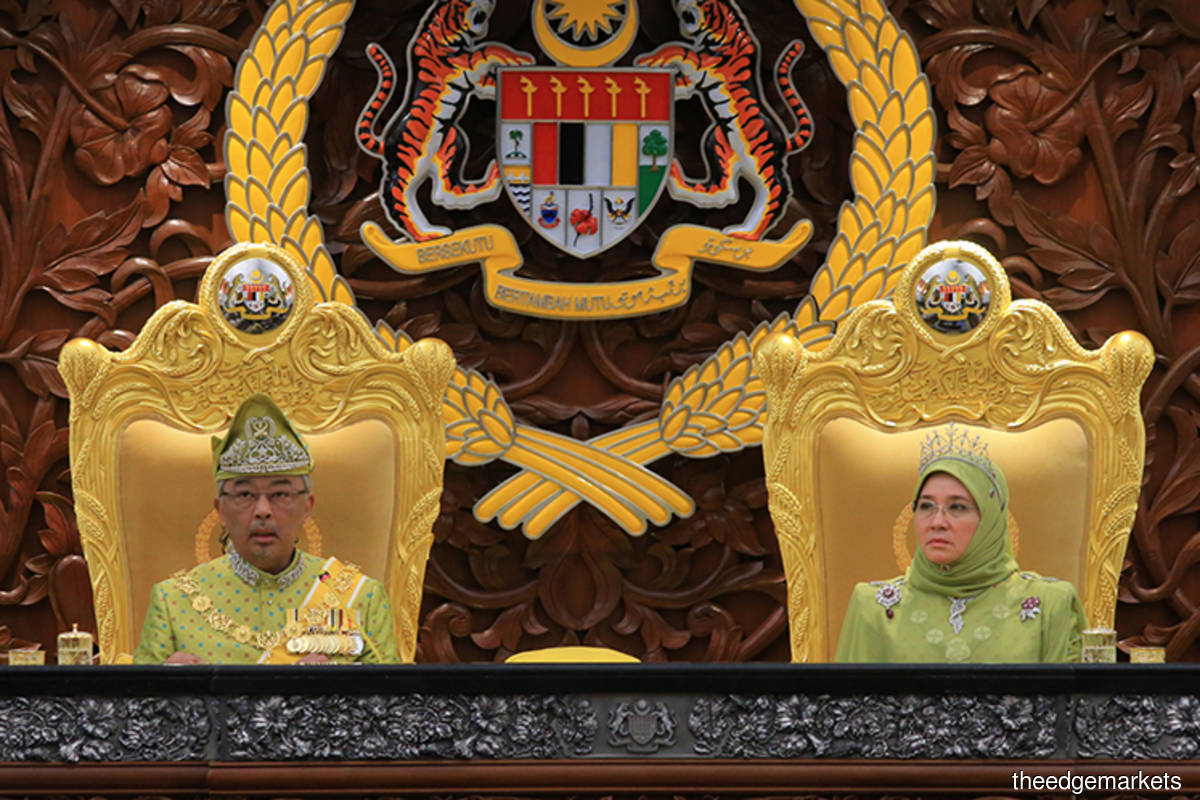 His Majesty said both he and Raja Permaisuri Agong Tunku Hajah Azizah Aminah Maimunah Iskandariah have read status of those seeking help on social media such as Twitter and so on.

"There are those who say they are stranded in one place with no assistance in sight. I hope we can help them immediately and make sure they are safe.

"The relevant parties need to be more active and those who have helicopters can play a more active role in inspecting the area in order to expedite relief in times of emergency," said His Majesty.

His Majesty also expressed his sympathy and sadness to the flood victims in Pahang and Malaysia in general, and hoped that the people would receive appropriate assistance to help them face the difficult situation.

“We are all facing a big test and I hope everyone involved can be patient. However, in this situation, I hope all parties will observe the standard operating procedures (SOPs) related to Covid-19 so that no staff or flood victims are infected,” he said.

Al-Sultan Abdullah also presented personal contributions and relief items such as antibacterial soap and snacks to 178 people from 43 families housed in the PPS.

While Al-Sultan Abdullah met and talked to flood victims, Raja Permaisuri Agong continued the routine of preparing meals for the flood victims, at PPS Sri Damai here, which accommodates 128 people from 49 families.

Student Izzudin Mat Zin, 20, expressed his admiration watching Raja Permaisuri Agong’s skills in cooking in large quantities while overseeing the kitchen to ensure all dishes were ready in a short period of time.

“I also gained new knowledge when the Raja Permaisuri Agong reprimanded me for cutting raw materials wrongly. I was surprised that despite being busy cooking two dishes, Her Majesty still observed the way I worked,” he said.

His classmate Muhammad Ariff Hashim, 23, described the opportunity to cook with Her Majesty as an opportunity to learn Tunku Azizah’s recipe which is well known in the culinary world.