As age catches up, Grand Seasons KL to halt operations 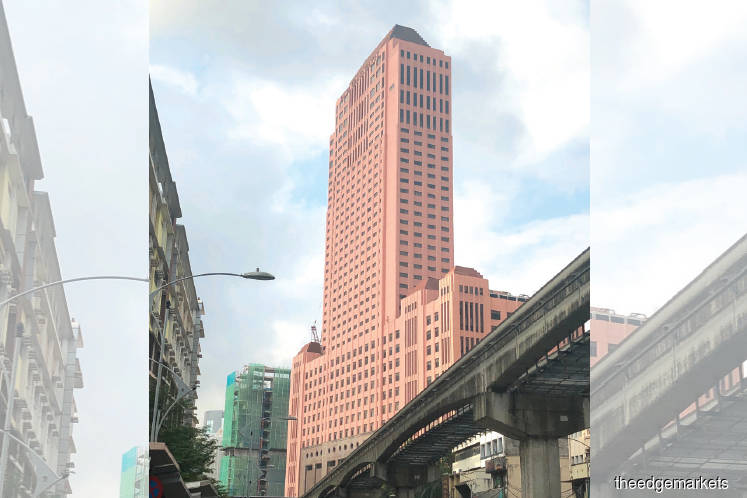 Previously the tallest hotel in the capital, Grand Seasons is part of a mixed-use development that includes office and retail space.

Located in Jalan Pahang, the 40-storey building with 800 rooms is operated by Prominview Sdn Bhd, which is owned by Lim Siew Kim, a daughter of late Genting Bhd tycoon Tan Sri Lim Goh Tong. It is learnt that the staff count at the hotel is between 200 and 220.

An internal memo dated Dec 21, 2018, with the heading ”Notice on the closure of Hotel Business”, obtained by The Edge, reads “As you are aware, the hotel has been experiencing difficulties and losses in the past due to cost, business and operational factors even though remedial measures have been taken. To make matters worse, we have discovered that there are many issues with the building facilities due to age such as water plumbing and piping, central air-conditioning system and others that make the hotel no longer a viable business entity.

A call to the hotel reception confirms Grand Seasons is shutting down for good at the end of February. However, numerous attempts to reach the hotel’s general manager for comment have failed.

It is no secret that the local hotel industry is facing competition from a surge in guest accommodations. Growth in the number of hotel rooms and alternative accommodations, such as Airbnb, has outpaced the expansion in tourist arrivals. Coupled with the increase of the minimum wage and electricity tariffs, it has not been a walk in the park for hotel owners and operators.

Previously the tallest hotel in the capital, Grand Seasons is part of a mixed-use development that includes office and retail space.  The developmeent has 72,000 sq ft of retail space and 236,000 sq ft of office space. Construction of the building — easily identified by its salmon coloured exterior — commenced in 1996 and was completed two years later. Although it is an 800-room hotel, it is learnt that only 678 rooms were being used and some floors are not operational.

In addition, a source tells The Edge that tenants of the office portion may have been asked to vacate by June this year. An estate agent, who recently contacted the leasing department of Grand Seasons, was informed that new leases have been put on hold as there are plans to refurbish the offices.

Meanwhile, a search on the Companies Commission of Malaysia website shows that Prominview’s nature of business is the operation of a hotel and letting of retail and office space. The directors of Prominview are Oon Sim Hor @ Thum Sim Hor and Lim. The company is wholly owned by Impianpuri Sdn Bhd.

Based on its last submitted financials, Prominview posted a net profit of RM7.63 million on the back of revenue of RM45.15 million for the financial year ended April 30, 2013. As at the same date, its accumulated profit amounted to RM19.76 million and its total liabilities to RM198.39 million. Prominview has no bank charges.

Impianpuri is owned by 70-year-old Lim and 40-year-old Chan T’shiao Li, with 20% and 80% equity interest respectively. Lim and Chan share the same address.

Lim and Datuk Arif Shah Omar Shah, from Seberang Jaya, Perai, are named as directors. Arif was a two-term assemblyman for Seberang Jaya.

Although sources say that the building and the land it sits on belong to Prominview, The Edge was unable to confirm this.

A real estate industry source says it was previously rumoured that the building was available for sale for RM300 million. It is not known if it has been sold.

This is not the first hotel that is linked to Lim. Her now delisted Metroplex Bhd used to own and operate The Putra Place, which included The Legend Hotel, The Mall and an office tower. The Putra Place went under the hammer in April 2008 and was eventually successfully bid for by Sunway Real Estate Investment Trust in March 2011. Metroplex also owned and operated the Legend Resort Cherating, believed to be still under the group.