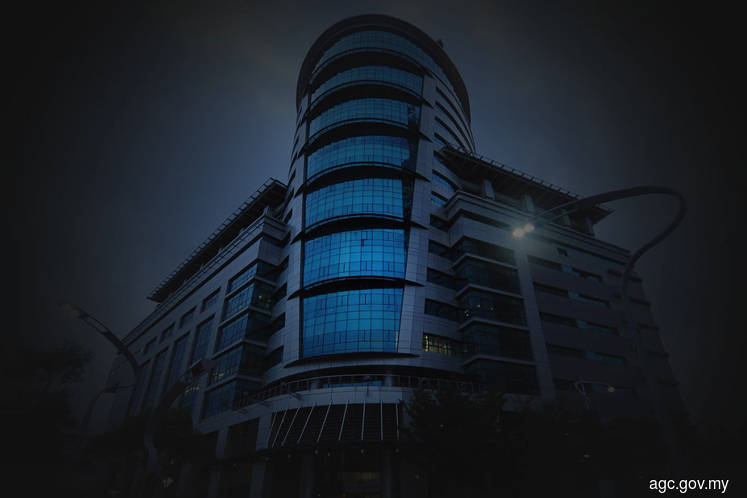 Deputy public prosecutor Mohd Ashrof Adrin Kamarul told the Sessions Court that the AGC sent the letter dated July 11 informing him of the rejection of the representation letter.

"Hence, the prosecution seeks an adjournment date to seek instructions on whether the prosecution or defence wants the case to be transferred and heard at the High Court or remain at the Sessions Court.

"Furthermore, I understand that there could be more documents to be provided to the defence under Section 51A of the Criminal Procedure Code and hence we seek the short adjournment," he said.

A letter of representation is sent to either reduce or drop a charge. It is understood the letter was sent by the defence last May.

Hafarizam, who has been Najib's lawyer for many years, is charged with depositing proceeds from unlawful activity totalling RM11.5 million through two AmIslamic Bank Bhd cheques said to belong to Najib in the client account of law firm Messrs Hafarizam Wan & Aisha Mubarak at CIMB Bank at Putra World Trade Centre (PWTC) between April 16 and Nov 4, 2014.

He is also charged with depositing another proceed from unlawful activity amounting to RM3.5 million allegedly from Najib in the firm's client account on Feb 12, 2015.

The lawyer is charged under Section 4(1)(a) of the Anti-Money Laundering, Anti-Terrorism Financing and Proceeds of Unlawful Activities Act 2001.

If found guilty, Hafarizam could be imprisoned for up to 15 years and fined not less five times the sum or value of the proceeds of the unlawful activity of each charge.