AG says appeal against Rafizi acquittal done without his knowledge 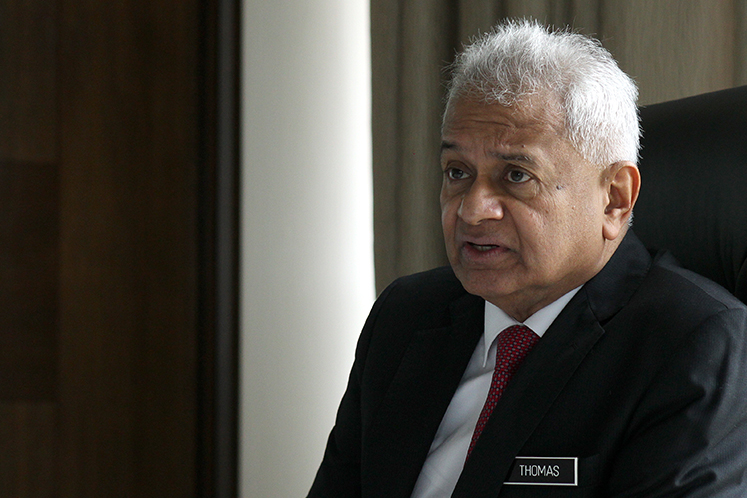 "I am shocked as it was decided after a discussion I had with Election Commission chairman Azhar Azizan Harun that we will not be appealing. And the decision was conveyed to the relevant officers," he told theedgemarkets.com.

Thomas added that he will rescind the appeal on Monday.

"We will also find out why the appeal was filed when clear instructions were given not to file. Discplinary action will be taken against those responsible," he added. He declined further comment.

One of Rafizi’s lawyers, Nik Zarith Nik Moustpha, was quoted by the media as saying that the defence team was notified of the appeal today through an email from the Court of Appeal’s registrar.

To recap, the High Court in Shah Alam had on Nov 15 acquitted and discharged Rafizi after overturning his conviction last year of revealing bank accounts related to NFC, its subsidiary companies and chairman Salleh Ismail.

In February last year just before the 14th General election, Rafizi and former bank clerk Johari Mohamad were sentenced to 30 months' jail by the Shah Alam Sessions Court for flouting the Banking and Financial Institutions Act.

The Act was however repealed after he was charged in August 2012.