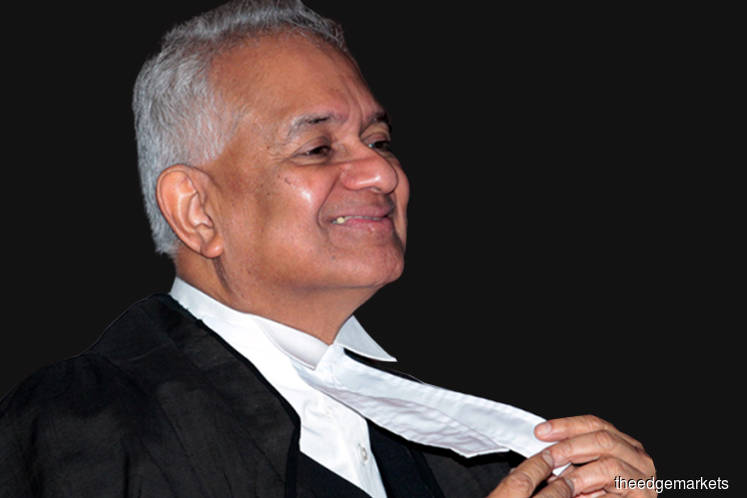 KUALA LUMPUR: Attorney General (AG) Tommy Thomas made sure that the judge hearing an application to cite senior lawyer Tan Sri Muhammad Shafee Abdullah for contempt would not know the contents of an exonerating letter written by Muhammad Shafee, the High Court here was told yesterday.

Lawyer David Mathews, acting for Muhammad Shafee, said that Thomas wanted to cite Muhammad Shafee for contempt by gaining ex-parte leave, so he ensured that the judge hearing the application would not know the contents of the exonerating letter and statements made by the lawyer on Aug 8 last year. Mathews was giving reasons why the ex-parte order issued by the High Court on March 1 to commit Muhammad Shafee to prison for contempt should be set aside.

He stressed that the AG should include all relevant information for consideration by the court in deciding whether leave to commence committal proceedings should be allowed.

“However, the AG wilfully concealed from the court the contents of a letter written by Shafee to the CJM (Chief Judge of Malaya) dated Aug 8, 2018, and also statements made by Shafee on the same day in open court,” he added.

The copies of the letter were sent to High Court Judge Mohd Nazlan Mohd Ghazali, who is presiding over former premier Datuk Seri Najib Razak’s RM42 million SRC International Sdn Bhd trial, Mathews said. He said his client had repeatedly expressed confidence in Justice Mohd Nazlan in presiding over the SRC case in the letter.

The AG’s failure to disclose the exonerating letter and statements amounts to wilful suppression and non-disclosure of material facts, he said.

“Had the court been appraised of the presence of the exonerating letter and statements, we submit that the ex-parte order would not have been granted as Shafee has expressly voiced his confidence in Justice Nazlan,” he said. Mathews submitted further that the precise question posed by a reporter to Muhammad Shafee during the press conference after Najib’s SRC trial on Feb 7 that led to the answer which was being objected to is conspicuously absent from the AG’s application.

“This omission would cause the words in the answer to be deprived of the true context in which they were made and would lead to a distorted interpretation of the same.”

Thomas made an ex-parte application to the High Court in February to initiate committal proceedings against Muhammad Shafee over his media statement in relation to Najib’s SRC case. Muhammad Shafee was named as the sole defendant.

In the application, Thomas said Muhammad Shafee is an advocate and solicitor representing Najib, who has been charged in the High Court with several offences related to the 1Malaysia Development Bhd scandal.

After the court proceedings on Feb 7 involving Najib, Muhammad Shafee was interviewed by several journalists outside the courtroom, and the interview was recorded by a videographer from Kinitv.com and uploaded on KiniTV.

Thomas claimed that Muhammad Shafee knew or ought to have known that the offensive statement was contemptuous of the judge and would undermine the administration of justice and public confidence in the judicial system of Malaysia.

He claimed that the words were deliberately uttered and with intent by Muhammad Shafee in an attempt to pressure and influence the decision on that criminal case. Thomas said that considering the words in their entirety, the public would reasonably perceive that, if the accused were to be convicted, the trial judge was not straight, the judge was influenced, the witnesses were coached and the evidence was fabricated.

The hearing of the submission by Mathews continues before High Court Judge Datuk Mohd Firuz Jaffril next Monday.