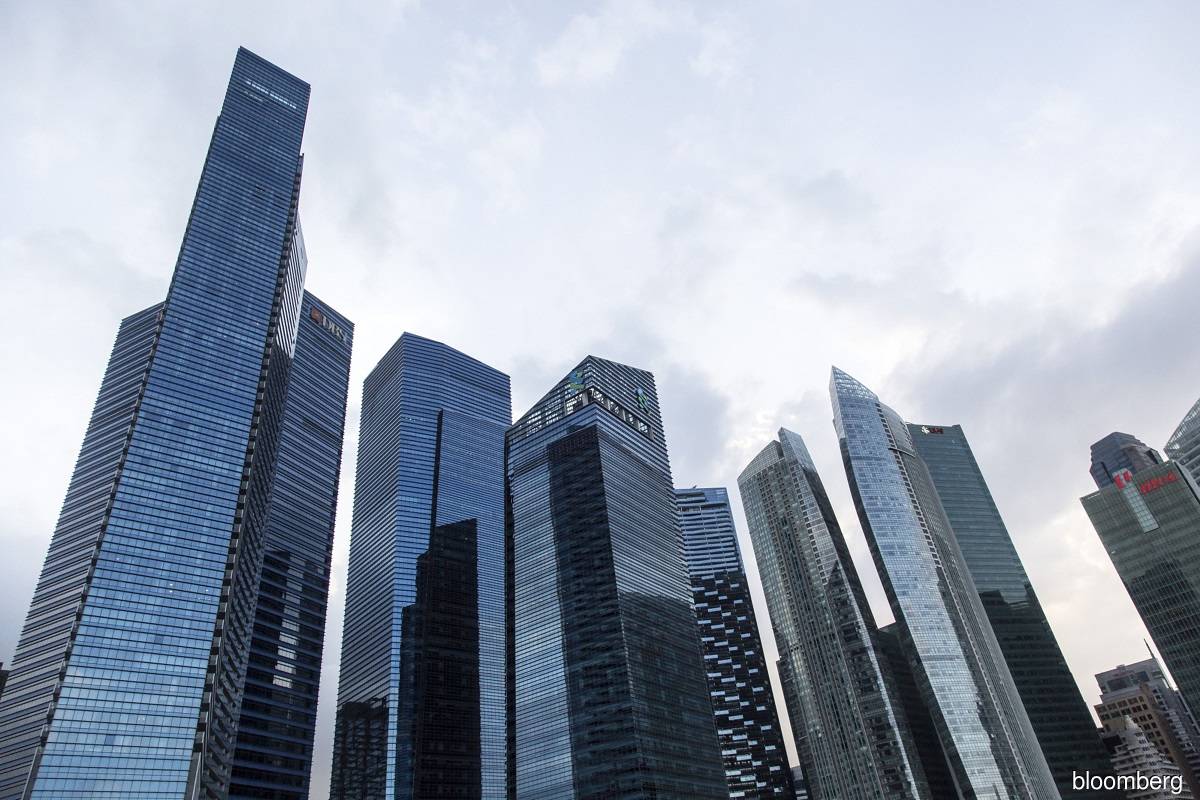 "It's tumbling down like a house of cards — everybody is caught in the whirlwind."

Most banks are sticking with the sector, betting that tighter controls, increased transparency, and new technology will help avoid losses in an otherwise lucrative business.

SINGAPORE/HONG KONG (July 9): When Credit Agricole SA and HSBC Holdings plc issued a payment guarantee for a US$76.5 million fuel purchase from a Singapore trader in March, they unwittingly became the latest victims in a series of trade finance scandals that have led to more than US$9 billion in potential losses for global lenders.

At the same time that Hin Leong Trading Pte Ltd was pledging the fuel to back the loan, it allegedly agreed to sell the same cargo to another trader, who sought letters of credit from three banks including Credit Agricole.

This line of credit merry-go-round was among many allegedly fraudulent tools used by Hin Leong, one of Singapore's biggest oil traders before its spectacular collapse in April that left 23 banks on the hook for US$3.5 billion, according to a report from court-appointed managers.

For banks financing the opaque world of commodities trading in Singapore, Hin Leong is not an isolated case. The trading hub has seen a clutch of failures in the past year with lenders struggling to reclaim loans, alleging they were tricked by forged documents and by traders pledging cargoes to multiple banks. The two latest lawsuits show lenders including HSBC and CIMB of Malaysia exposed to about US$640 million in potential losses.

"It's tumbling down like a house of cards — everybody is caught in the whirlwind," said Robson Lee, a corporate finance law partner at Gibson, Dunn & Crutcher LLP's Singapore office.

In a June 25 statement, Hin Leong founder Lim Oon Kuin said he was unfit to respond to the allegations in the report from the judicial managers. HSBC and Credit Agricole declined to comment.

Rather than flee the US$18 trillion trade finance business, most banks are now taking steps to fight back. Singapore lenders are considering a central database to track collateral, according to a person familiar with the matter, while banks including ABN Amro Bank NV are stepping up vigilance. ING Groep NV and HSBC, two of the biggest players in the space, are turning to technology such as blockchain to limit fraud.

Banks and other creditors face about US$9.26 billion in potential losses from these and other failures over the last six years, all of them involving some form of alleged fraud, forgery, multiple cargo pledges or questionable accounting, based on a Bloomberg News tally.

HSBC reported a US$700 million increase in expected credit losses in April at its commercial-banking division in Asia, primarily linked to Singapore. Standard Chartered plc set aside US$956 million against potential losses, partly due to the Covid-19 pandemic and defaults by commodity traders. At ABN Amro, two client cases accounted for €460 million in provisions, including one tied to a "potential fraud case in Singapore".

Both banks are owed money by Hin Leong, whose financing scheme was among the biggest and most elaborate of all, a new report shows.

Some 60 letters of credit amounting to US$1.5 billion were used to finance cargo that either did not exist or was pledged to multiple buyers, according to an investigation by PricewaterhouseCoopers LLP (PwC), the court-appointed managers. In all, 273 letters of credit were spread among 23 banks, which have low chances of recovery with assets worth 7% of liabilities.

"The company fabricated documents on a massive scale," PwC wrote in the June report, adding that the company's transgressions were routine and pervasive, misleading banks into extending credit.

In the world of trade finance, exporters and importers rely on credit lines to protect themselves against risks such as currency fluctuations, non-payment, and political instability. When it works, the short-term financing provides a relatively safe way for banks to generate a quick profit as the lending covers sea voyages lasting just a few weeks.

The financing does not work when the same barrels of oil or other commodities are used to get financing from multiple lenders, or when the cargo used to back the loans does not exist.

"Double financing is 100% illegal because a borrower is wrongly representing to different banks that it has security over the same goods," said Baldev Bhinder, a commodities specialist and managing director of BlackStone & Gold Llc, a Singapore law firm. "But banks have challenges in on-boarding a live transaction quickly."

One of the reasons so many firms have duped the banks is there is little transparency in the trading process, said Kelvin Tan, a former deputy director at the Monetary Authority of Singapore, the city state's central bank. As a result, banks cannot determine if the oil backing a loan is being pledged to another lender at the same time.

"The reason double, or multiple pledging is a common problem in commodity trade finance is because there is no central database of such collateral," said Tan, chief investment officer of GTR Ventures, a trade finance technology firm. "This blow-up is exposing a structural flaw amongst not only banks, but also the ecosystem."

Banks have also suffered from old-school documentation. Transaction documents can run into the hundreds of pages, making copies and forgeries easier.

"The nature of this business means it's almost impossible for the banks to verify whether the goods pledged to them belong to them or if it's even there," said John Khaw, co-founder of Lucidity, a fintech start-up that focuses on trade finance technology.

The banks also have to understand the risks of this sector, said Bhinder.

Margins on trade finance can be razor thin, as low as 0.25%, putting a premium on volume. Staff turnover is also high, meaning bankers signing off on financing often lack expertise, said Clara Hang, former head of trade finance at Singapore's Oversea-Chinese Banking Corp. As a result, big borrowers like Hin Leong, with revenue of US$20 billion last year, face less scrutiny, she said.

"They place too much trust in the company," said Hang, founder of trade finance start-up eFundsme Global Pte Ltd.

In the wake of all these scandals, a few banks have eased up on trade finance. Societe Generale halted fresh funding to oil trading firms in Asia, while ABN Amro now considers the sector high risk.

"Unfortunately, fraud tends to emerge in times of stress," ABN chief risk officer Tanja Cuppen said on a recent conference call. "We have taken lessons from these cases and have taken measures to prevent this from happening again."

Traders of everything from zinc to oil and rubber are feeling the pinch as banks heighten scrutiny. Several firms interviewed have said their bankers are pulling back from short-term financing or asking for more secured collateral. Financing costs have jumped, and in some cases the banks are refusing to issue letters of credit, according to the traders, who asked not to be identified because they were not authorised to speak publicly.

Even with the failures, most banks are sticking with the sector, betting that tighter controls, increased transparency, and new technology will help avoid losses in an otherwise lucrative business.

Lenders in Singapore set up a working group to raise standards for trade finance, according to a statement last week. One of the measures being considered is the central registry for cargo, according to the person familiar with the plans who declined to be identified as the matter is private.

DBS, Southeast Asia's largest bank, is eliminating manual workflows and has digitised key trade financing services including letters of credit, import bills, and shipping guarantees, according to John Laurens, head of global transaction services, in a presentation on Monday to reporters in Hong Kong.

The bank has adopted blockchain technology for trade finance, including a dedicated platform for Chinese corporate clients that offers almost-instant verification of suppliers' credentials, Laurens said. The platform is integrated with various Chinese government databases that can validate and verify the authenticity of the transactions by suppliers.

DBS joined ING, HSBC, and several other banks in a new Singapore-based blockchain network known as Contour. The group claims the network, replacing a 400-year-old system of paper transactions, can cut the processing time for letters of credit to 24 hours, from as long as 10 days.

"The delays and archaic processes that have marred the trade finance sector can no longer happen, and effective solutions are vital to keeping the sector alive," Contour chief executive officer (CEO) Carl Wegner said in a statement.

For ING CEO Steven van Rijswijk, whose predecessor banks have been financing shipping since the 18th century, there will always be a few deals that falter.

"In that case, you will leave with a loss, but in and of itself, that's not a reason now to leave the trading commodity space," he said.