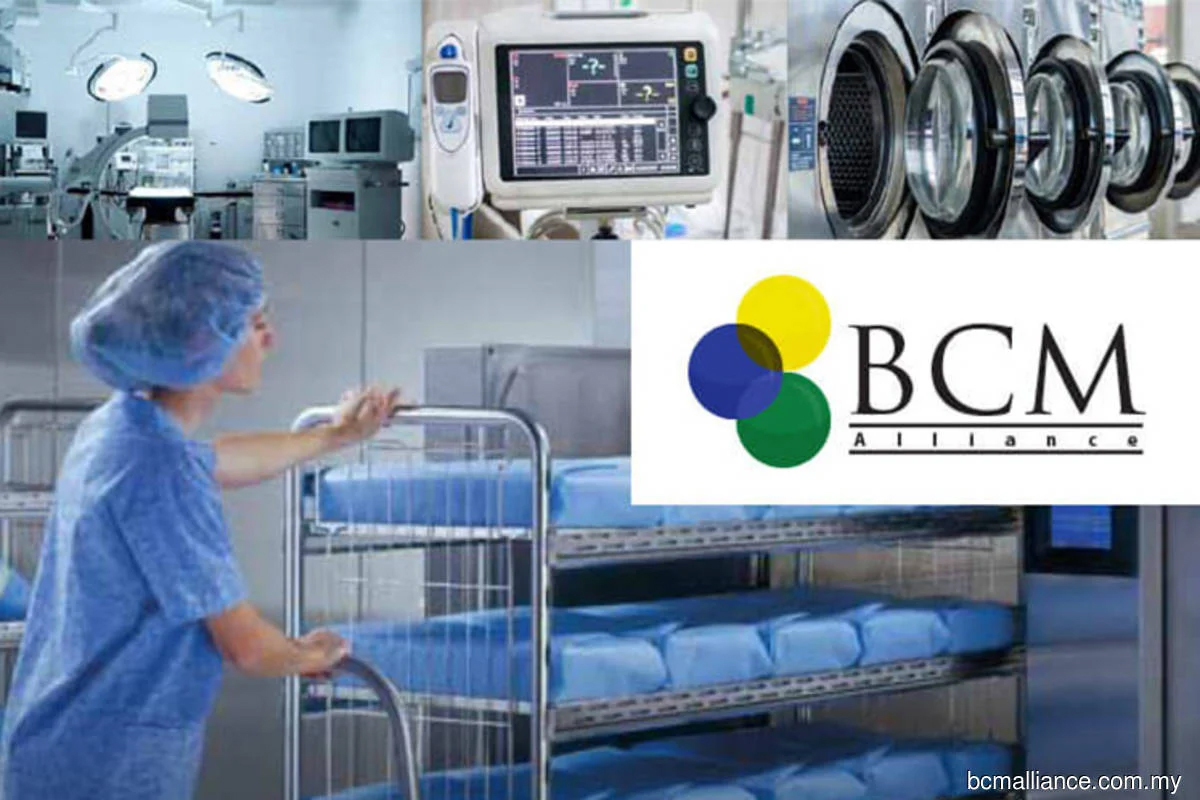 ACE Market-listed BCM Alliance had not been on the radar of investors. But since the start of the year, it seems to have been in the thick of action to raise money, while sitting on a net cash pile.

First, there were changes in substantial shareholders, followed by fundraising exercises, namely a private placement equivalent to 30% of its share capital in March and a rights issue in July, for new business ventures.

Prior to that, the commercial laundry equipment supplier had completed a special issuance to bumiputera investors in December last year.

In total, BCM Alliance has issued 1.16 billion new shares in the span of nine months to raise RM125.05 million, including RM32.9 million from private placements and RM76.5 million from the six-for-four rights issue at eight sen per share.

However, its share price went on the decline shortly after the changes in substantial shareholders. The stock has fallen from the 28 sen level to five sen last Friday. The low share price does not augur well for BCM.

Koh Pee Seng and Lo Ling together sold a 20% stake via off-market transactions on Jan 4, when the closing price was at a 52-week high of 28.2 sen.

Soon after their exit, Sanichi Technology Bhd and Cita Realiti Sdn Bhd emerged as the new substantial shareholders with stakes of 10.54% and 7.83% respectively. Both shareholdings have been diluted, and Sanichi currently holds 7.88%, while Cita Realiti has 3.99%. A check on the Companies Commission of Malaysia (SSM) website reveals that Cita Realiti is solely owned by Kamarudin Khalil. The 54-year-old is also a director of the company, which was incorporated in March 2018.

It is worth noting that BCM briefly surfaced as a substantial shareholder of Sanichi between April 28 and May 21. It is left with 0.52% equity interest in Sanichi, according to Bloomberg data.

In June, Ho, who is the executive director of PNE PCB Bhd, teamed up with Sanichi’s founder and managing director Datuk Seri Dr Jacky Pang Chow Huat to take over BSL Corp Bhd.

Not many may be aware that BCM is cash rich. Its net cash position expanded to RM61.23 million as at March 31 from RM41.89 million, after it raised RM32 million from two tranches of private placements in March, its quarterly financial filing shows.

It made a cash call in July at eight sen per share, which was sweetened by five free warrants should one subscribe to the rights issue, to raise RM76.5 million. The rights issue was oversubscribed.

A back-of-the-envelope calculation shows that with RM76.5 million raised from the cash call, BCM’s net cash pile could have ballooned to RM121 million — a considerably large war chest.

The proceeds from the rights issue will be used to invest in the business of providing on-demand laundry services, BCM said in the proposal, as well as for working capital requirements over the next two years.

The company will invest RM42 million for its venture into on-demand laundry services within 18 months.

In the circular to shareholders, BCM said it would need RM12 million to establish centralised laundry facilities and set up a team, RM15 million to develop an on-demand mobile application and website, and another RM15 million for marketing expenses.

While shareholders were contemplating the venture into on-demand laundry services and the rights issue, BCM announced another new venture.

On July 26, the company said it had signed a memorandum of understanding (MOU) to team up with Hong Kong-based rLoop Ltd to make virus attenuation devices, using photon-mediated electrons and emitters under rLoop’s own brand name “rGuard”.

The MOU will be automatically extended but shall not be extended past the 120th day anniversary of the effective date. Until now, both parties have yet to enter into a definite agreement.

Money makes the world go round. Having more than RM100 million net cash will enable BCM to survive the current harsh economic conditions better. That said, it will remain healthy financially only when management puts the cash to good use, and not to make risky investments.