After PLUS’ 18% discount, lenders worried about WCE 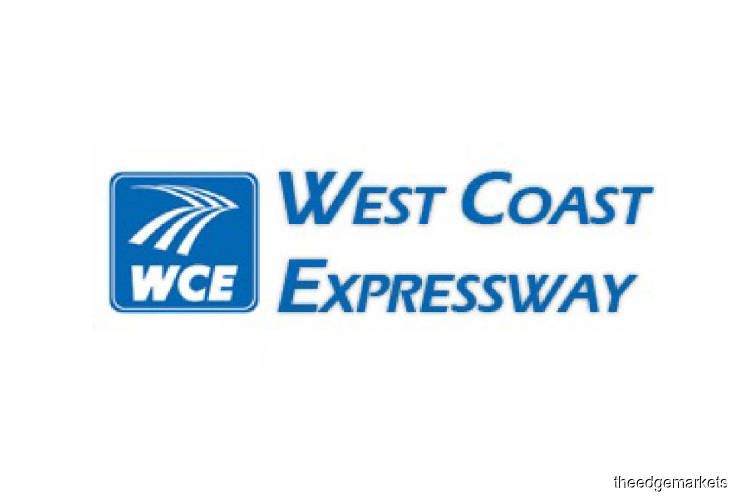 LENDERS to WCE Holdings Bhd (WCE) — which holds an 80% stake in West Coast Expressway Sdn Bhd, the operator of the 233km West Coast Expressway — are understood to be concerned about the impact of the 18% discount on toll rates for all highways owned by PLUS Malaysia Bhd, sources familiar with the matter tell The Edge.

It is understood that some of the lenders are pushing WCE’s management to engage the government in a discussion about issues that may crop up, such as lower traffic flow on the West Coast Expressway as a result of the discount offered by PLUS.

To recap, the Pakatan Harapan government has sought to reduce toll rates on PLUS’ five concessions by an 18% quantum starting Feb 1. As a result of the discount, shareholders Khazanah Nasional Bhd and the Employees Provident Fund, which own the highway operator on a 51:49 basis, have had their concession extended by 20 years to 2058.

To put things in perspective, one of PLUS’ five concessions is Projek Lebuhraya Utara-Selatan Bhd or the 772km North-South Expressway that links Jitra in Kedah to Johor Baru in Johor. The expressway’s northern route, which links Bukit Kayu Hitam in Kedah to Bukit Lanjan in Selangor, serves the same route as the West Coast Expressway.

The West Coast Expressway, a 233km tolled highway from Banting, Selangor, to Taiping, Perak, is being constructed on a build-operate-transfer basis with a concession period of up to 60 years.

According to WCE’s annual report for its financial year ended March 31, 2019 (FY2019) released in July last year, the expressway is 63% completed and is divided into 11 sections. Section 8 (Hutan Melintang-Teluk Intan) opened for traffic in May 2019, followed by Section 9 (Kampung Lekir-Changkat Cermin) and Section 10 (Changkat Cermin-Beruas) on Sept 23, 2019, and the company has started collecting toll.

The annual report states that Sections 4 and 5 are expected to be completed in the first quarter of this year, followed by Sections 1, 2, 3 and 6 in early 2021 and the full completion at end-2022.

Prior to the 18% discount, charges on the North-South Expressway were 13.96 sen per kilometre. A back-of-the-envelope calculation shows that the new cost per kilometre after the discount is 11.45 sen.

It is worth noting that PLUS has not increased its toll rates — up for review every three years — for at least two occasions. PLUS was scheduled to increase toll rates by 5% at four highways from January 2016, but this did not happen due to public pressure.

In a nutshell, WCE was slated to compete with a PLUS that charges much higher toll rates.

It is noteworthy that IJM holds a 20% stake in West Coast Expressway Sdn Bhd.

WCE’s sukuk holders are also understood to be closely watching the developments. However, the RM1 billion debt papers are guaranteed by Bank Pembangunan Malaysia Bhd and Danajamin Nasional Bhd.

“With PLUS giving an 18% discount, the difference will be substantial to what WCE is charging,” one source familiar with the matter says when contacted.

According to its annual report, WCE’s principal bankers are RHB Bank Bhd and Malayan Banking Bhd.

It is understood that WCE has appointed Perunding Atur Sdn Bhd to gauge the impact of the toll reduction by PLUS on its business.

A banker says the government has considerable interests in WCE. According to the company’s annual report, it has a government loan of RM2.24 billion at an interest charge of 4% per annum, syndicated term loans of RM1.5 billion from licensed financial institutions and issued Islamic debt papers — a sukuk murabahah bond of RM1 billion.

WCE’s FY2019 annual report states that as at June 2019, it had drawn down RM1.73 billion and RM867.9 million from the government support loan and term loans facilities respectively.

This would indicate that the government has exposure to WCE of at least RM2.71 billion.

Results for the first six months of FY2020 were dragged down by the recognition of interest expense of RM14 million in respect of the financing cost.

As at end-September 2019, WCE had deposits with licensed banks of RM770.96 million and cash and bank balances of RM26.99 million. On the other side of the balance sheet, it had long-term debt commitments of RM2.91 billion and short-term borrowings of RM150 million.