Acquisition of ML Global is long-term positive for LBS 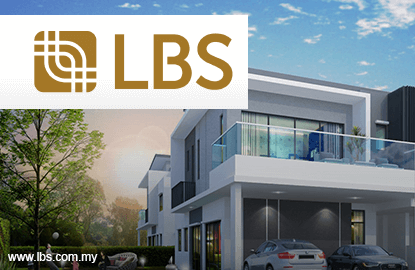 LBS Bina Group Bhd
(April 13, RM1.59)
Maintain “buy” with unchanged target price of RM1.70. LBS Bina Group Bhd (LBS) announced that it will make a mandatory takeover offer (MTO) for the remaining shares of ML Global Bhd after it raised its stake in the company from 31.95% to 50.92%, triggering the MTO.

The group is offering to buy the remaining ML Global shares at 56 sen per share and ML Global warrants at 6 sen each.

To recap, LBS emerged as a substantial shareholder of ML Global following the company’s placement exercise as part of its regularisation plan to exit from PN17. 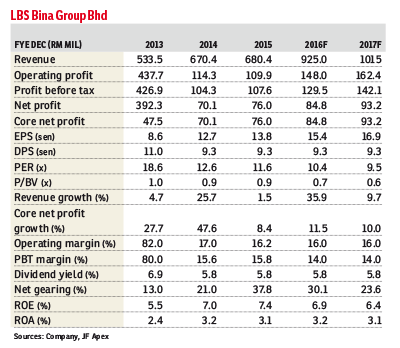 The regularisation plan was completed in October 2014 and subsequently upliftment of ML Global’s PN17 status took effect in March this year.

We are neutral to the share acquisition as we believe the business synergy of acquiring ML Global is not significant in the immediate term.

Despite witnessing the profit turnaround of ML Global in financial year 2015 (FY15), we understand that the majority of construction jobs bagged by the company were derived from LBS’ property projects.

Furthermore, we understand that the company is in the midst of consolidating its roof tiling and construction businesses.

Having said that, the acquisition would render extra capacity for LBS to embark on bigger construction jobs in the long run, especially  government jobs with regard to building and housing works.

The total purchase consideration could cost the group RM35.2 million.

With full consolidation of the ML Global account, we envisage that LBS’ net earnings will be lifted by 5%-6% for FY16 and FY17 starting from the second or third quarters of FY16. — JF Apex Securities Research, April 12.