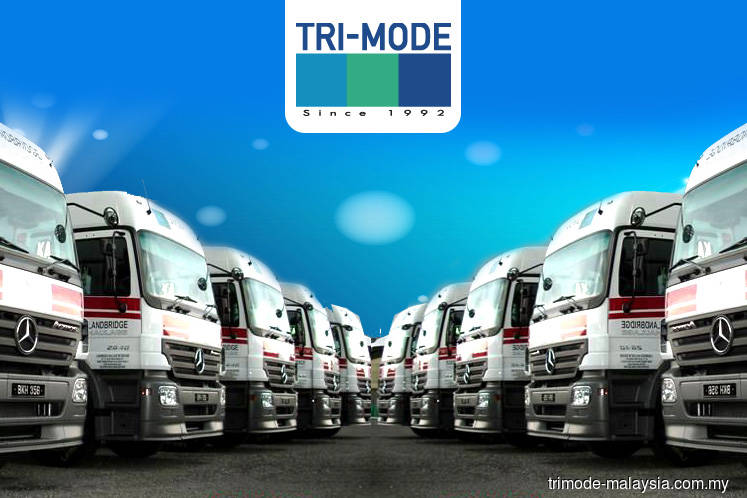 KUALA LUMPUR (May 14): Tri-Mode System (M) Bhd, which made its debut on ACE Market today, slipped as much as 11 sen or 18% shortly after the morning opening bell on Bursa Malaysia amidst the cautious sentiment following the change of ruling government after the GE14 last Wednesday.

The integrated logistics service provider’s initial public offering (IPO) was well-received, with its retail tranche of 8.3 million new shares applied being oversubscribed by 3.74 times at 61 sen per share.

Group managing director of Tri-Mode, Datuk Hew Han Seng, said, “We have successfully raised total gross proceeds of RM26.4 million, based on the retail offering of 8.3 million issue shares and the IPO prices of 61 sen.”

Hew added that about 58.8% of the proceeds will be utilised for business expansion, including construction of a proposed headquarters and distribution hub, as well as purchase of prime movers and trailers.

It has allocated 8.9% of the proceeds to be utilised as working capital and a further 19% will be utilised to repay company’s borrowings with the balance 13.3% utilised for the listing expenses.