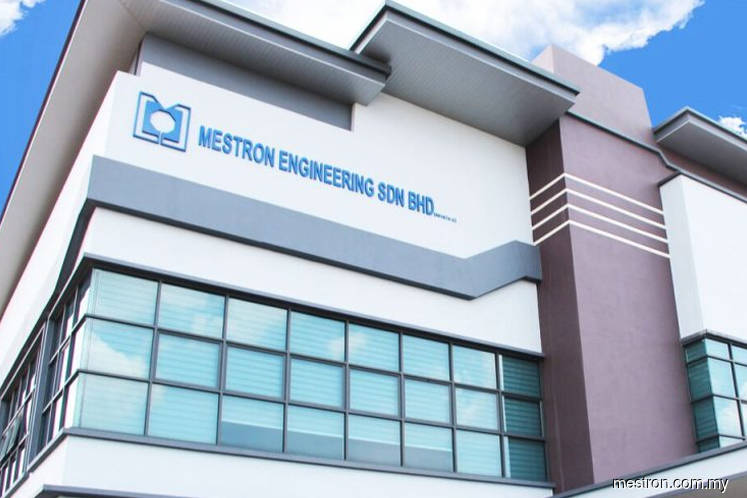 In a statement today, Mestron said a total of 5,720 applications for 731.97 million new shares, valued at RM117.12 million, were received from the Malaysian public for the 39.5 million new shares that were made available for public subscription.

It said the 8.75 million new shares available for application by eligible directors and employees had also been fully subscribed.

The firm said that in addition, the placement agent had confirmed that the 188.75 million shares made available for application by way of private placement to selected investors and Bumiputera investors approved by the Ministry of International Trade and Industry have been fully placed out.

"I am confident that Mestron will grow stronger, better and more competitive and we will strive to ensure that we do not disappoint our shareholders and investors who placed their trust in us," he said.

Under the listing exercise, Mestron said it has raised RM25.28 million from its public issue of 158 million new shares at 16 sen per share. Of that, 39.5 million new shares were made available to the Malaysian public via balloting, 8.75 million for its eligible directors and employees, 30.75 million by way of private placement to selected investors while the remaining 79 million were earmarked for private placement to identified Bumiputera investors approved by the Ministry of International Trade and Industry.

As part of its listing exercise, the existing shareholders of the company also made an offer for sale of 79 million shares by way of private placement to selected investors.

Of the total IPO proceeds, RM13 million (51.4%) will be used to expand its main manufacturing facility and acquire more manufacturing machineries and equipment for future business growth.

Mestron will further utilise RM5.18 million (20.5%) for working capital to purchase raw materials such as steel plates and steel pipes to support its expansion in capacity, RM4 million (15.8%) to repay bank borrowings while the remaining RM3.1 million (12.3%) will be used to defray listing expenses for the IPO.

The firm said all notices of allotment for these shares will be mailed to successful applicants on or before June 17, 2019.

Mestron is tentatively scheduled to be listed on June 18.