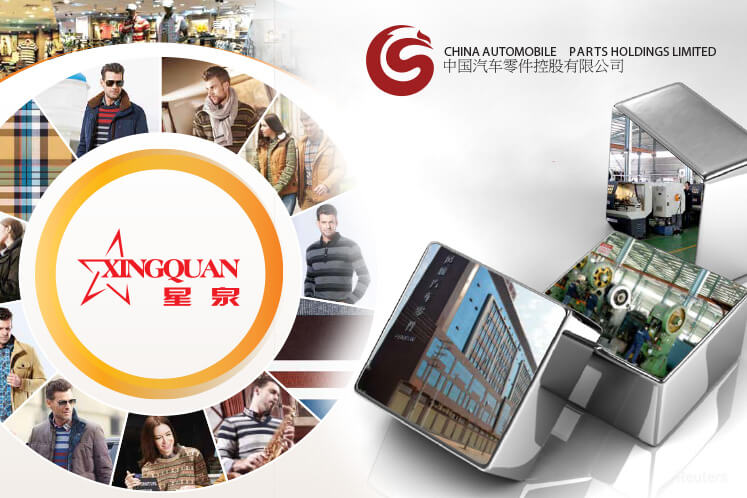 KUALA LUMPUR (June 6): Shares of two China-based companies regained some lost ground at mid-morning today after both the companies, which had previously been adversely affected due to accounting troubles, found possible lifelines.

China Automobile Parts Holdings Ltd (CAP) surged 100% in active trade this morning after it has been granted a one-month extension to submit its audited financial statement for the financial year ended Dec 31, 2015 (FY15).

At 10am, CAP rose 0.5 sen to one sen with 22.03 million shares traded for a market capitalisation of RM6.81 million. The counter was among the top three active today.

CAP said the stock exchange had resolved to grant it the extension from yesterday, but cautioned that failing to submit its financial statement may result in a trading suspension.

Bursa Malaysia had earlier planned to suspend trading of the company's securities on Thursday as the group was not able to release its quarterly report ended March 31, 2017 after its auditor PKF retracted its audit report for FY15.

Meanwhile, XingQuan International Sports Holdings Ltd, which is in danger of being suspended after the company failed to submit its third quarterly report for the financial period ended March 31, 2017 within the stipulated time frame, saw its shares jump as much as 50% and was the top active counter in active trade today.

XingQuan said it had failed to issue the results due to the expiry of its chief financial officer's employment contract on April 30, and the sudden resignation on May 29 of its independent director Tan Eng Choon, who was also the chairman of the audit committee.

The group said that barring any unforeseen circumstances, it should be able to issue the outstanding report by mid-July.