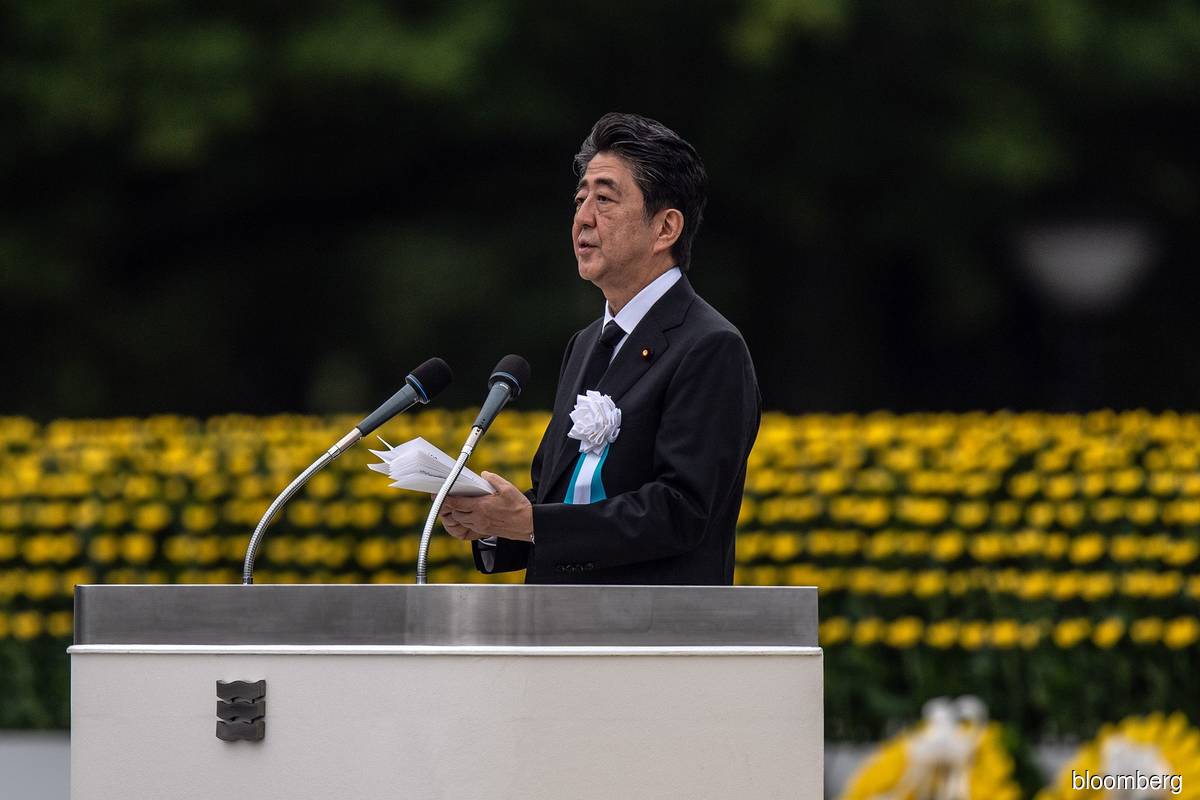 TOKYO (Sept 11): Months before he announced his resignation, Prime Minister Shinzo Abe set in motion a policy change that could for the first time allow Japan's military to plan for strikes on land targets in China and other parts of Asia.

Japan's Self Defence Forces are geared towards stopping attackers in the air and the sea. The policy change would direct the military to create a doctrine for targeting enemy sites on land — a mission that would require the purchase of long-range weapons such as cruise missiles.

If adopted by the next government, the policy would mark one of the most significant shifts in Japan's military stance since the end of World War Two. It reflects Abe's long-standing push for a more robust military and Tokyo's deepening concern about Chinese influence in the region.

"The main reason for our action is China. We haven't really emphasised that too much, but the security choices we make are because of China," Masahisa Sato, a lawmaker from Abe's ruling Liberal Democratic Party (LDP) who has served as a deputy defence minister and a deputy foreign minister, said in an interview.

Japan renounced its right to wage war after World War Two, making the issue of striking targets on land — which would entail attacks on foreign soil — contentious for its Asian neighbours, particularly China.

Abe said last month he was stepping down because of worsening health. Chief Cabinet Secretary Yoshihide Suga, who is seen as less hawkish than Abe but is closely aligned with him, is expected to win the race to replace him as party leader and become premier.

Abe instructed senior defence policymakers in June to come up with LDP proposals for the military that included a land-attack, or strike, doctrine.

That proposal will become government policy if it is included in a revised national defence strategy, which appears likely, according to two insiders, including LDP acting Secretary General Tomomi Inada.

"I don't think there is much opposition to it in the LDP," Inada told Reuters. "That direction doesn't change even with a new prime minister."

The military can already use long-range missiles to strike ships. It considers such plans justified because it needs to be able to destroy weapons threatening Japan. The land-attack proposal is framed using the same reasoning, according to former defence minister Itsunori Onodera.

Therefore, proponents said, Japan's laws will not need to change. During his eight years in office, Abe pushed for but failed to achieve his goal of revising the post-war constitution's pacifist Article 9.

Japan's National Security Council (NSC), which Abe leads and includes key cabinet officials, including Suga, convened today and said in a statement it would formulate a new national security strategy by the end of the year.

"There is a question of whether intercepting attacks alone is sufficient to protect peace, lives, and people's livelihoods," it said in the statement.

US-made BGM-109 Tomahawk cruise missiles would be an option for land-attack weapons, said Katsutoshi Kawano, who until last year was Japan's most senior military officer, the chairman of Self Defense Forces Chief of Staffs.

Tomahawks can hit targets 2,500km away. That would put most of China and much of the Russian Far East within range.

"Japan could probably have strike capability within five years," Kawano said. "A full strike package including targeting satellites and electronic warfare components would, however, be far more expensive and take more than 10 years to acquire."

In the meantime, Japan would have to rely on the United States for intelligence and surveillance.

To move the proposal forward, the next government will need to complete a midterm procurement plan as well as the revised defence strategy promised by the NSC by the end of December, before the defence ministry submits its annual budget request.

That could meet resistance from the LDP's coalition partner, the Buddhist-backed Komeito, which worries such a move would antagonise China and threaten Japan's war-renouncing constitution.

"It could spark an arms race and raise tension. It would be technically difficult and would require huge investment," Komeito leader Natsuo Yamaguchi said in an interview. "This is something that has to be thought seriously about under the new prime minister."

"What happens if the United States asks Japan to fire them, and we don't want to?" he asked.