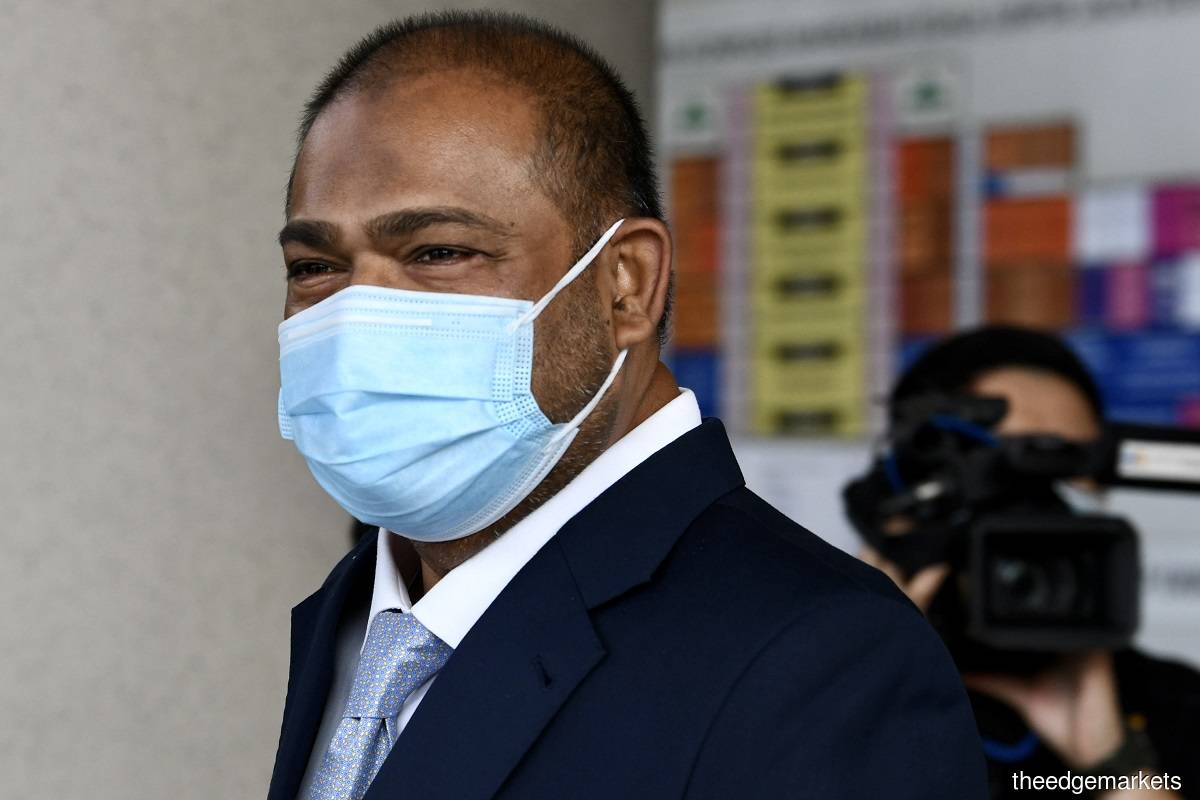 PUTRAJAYA (Oct 6): Baling member of parliament Datuk Seri Abdul Azeez Abdul Rahim was disallowed from personally addressing the Court of Appeal bench during the hearing of his appeal against his corruption and money laundering charges on Wednesday.

At the end of the appeal hearing, Abdul Azeez's lawyer Amer Hamzah Arshad informed the three-man bench led by Justice Datuk Seri Kamaludin Md Said of his client's wishes to personally address them.

However, Kamaludin and second member of the bench Justice Datuk Abu Bakar Jais both denied the request and told the lawyer that this was not a done thing in the court of appeal.

"Normally we do not allow that. I think it is in your (client's) interest not to do that. The media is here so it could be taken out of context," Kamaludin said.

To this, Amer replied that his client was very frustrated with this case and wished to address the court.

"He has been frustrated and wishes to address," he said.

After which Kamaludin also cautioned that it was good for his client also to keep quiet as he was still innocent.

"You are well trusted by your client, whatever frustration he has to say, you have said it out for him during the course of your arguments," Kalamudin said.

"He is innocent till proven guilty, he should have nothing to say. It is good (for Abdul Azeez) to keep quiet," he said.

However, Abdul Latif was granted a discharge not amounting to an acquittal by the Sessions Court last February, after the prosecution decided to drop the charges against him when they accepted his representation. Following that, Abdul Latif was scheduled to testify against his younger brother.

Syarikat Menuju Asas is said to have received road work contracts through limited tender from the Works Ministry, where Abdul Latif is charged with abetting with Abdul Azeez.

The High Court in last March dismissed Abdul Azeez's application to strike out the corruption and money laundering charges, as the court said the defence had failed to prove that the charges against the UMNO politician were mala fide.

Prosecution contends that charges against Abdul Azeez can stand alone

During the last hearing of the appeal last month, Amer argued that on one single graft charge, his client was facing four distinct offences and this amounted to a multiplicity of charges.

Preferably, Amer said they should be separated in order for the defence to easily answer the charges.

In addressing this, deputy public prosecutor Aslinda Ahad and Nik Haslinie Hashim today argued that it was not a defective charge and there was no need to separate the charge.

"Because we did this, it doesn't make this defective. We ask the court to disregard the contention that it is defective," she said.

According to the charge sheet, it merely said that Abdul Azeez had allegedly committed "illicit activity", Kamaludin said that the charge needs to be more specific.

"The (alleged) act must be mentioned. You cannot pluck from thin air (the term) illicit activity," he said.

"The activity must be stated in the charge. What is illicit activity (haram)? Was it a bribe or did he (Abdul Azeez) gamble?" he asked Aslinda.

"Before you give evidence, you have to give him a clear indication on what he has to defend… The charge must have the ingredients of the offence, you say it is an offence but what is it?

However, she replied that the prosecution does not have to divulge what the activity committed was and it would be proven during the course of the criminal trial.

"From the evidence and by calling the witnesses, we can prove it (his illicit activity) in court. The element we have to prove is that he had received money from illegal activities. We don't have to say what the activity was," she said.

Kamaludin then told her that she must comply because the court "has a right to know".

However, she replied: "It is all in the charges. This is our contention."

During the last hearing, Amer also pointed out that regarding four of the 10 money laundering charges which his client was facing, the prosecution did not specify the exact venue where he allegedly committed the offences as they only mentioned that the crimes took place in the Klang Valley while for the rest of the money laundering charges, the prosecution had specified the venue, which Kamaludin addressed today.

"Here you just said Klang Valley, which means you aren't sure? You didn't mention the place," he asked.

Aslinda said that the Klang Valley was the place the offences were committed and the rest will be addressed in the trial proper.

After hearing arguments from both sides, Kamaludin said that they will provide their written judgement at a later date as they need to pore over the facts and submissions in detail.

The third member of the bench was Justice Datuk Che Mohd Ruzima Ghazali.