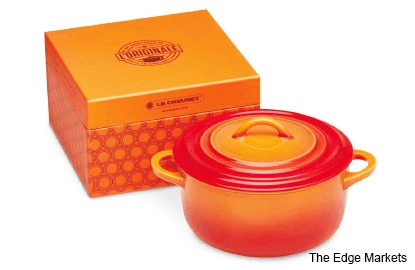 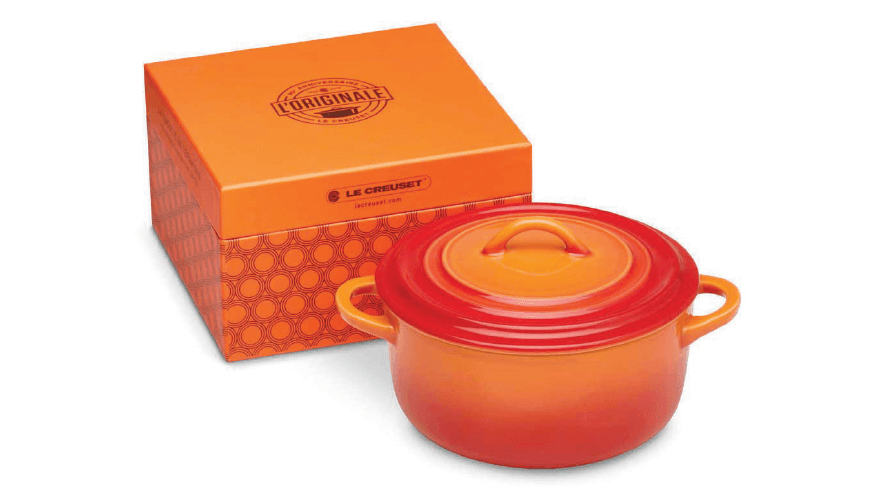 EXACTLY 90 years ago, French enamelling specialist Octave Aubecq and casting expert Armand Desaegher joined forces to create a superior cast iron cookware range that was coated in porcelain enamel glaze. The duo opened a foundry in Fresnoy-le-Grand, a small town in northern France, and began producing colourful enamelled cast iron — a revolution at a time when cookware was only ever dull and grey.

The first colour they produced was a bright “flame” orange inspired by the vibrant tones of molten cast iron. Today, this bright jewel tone has become Le Creuset’s signature colour, in addition to a rainbow of other colours that its cookware comes in. The flame-coloured casserole dish was first invented in 1925, a time when France was leading the world in reinventing modern cuisine.

“It is why cooks around the world feel so passionate about our products. They trust our quality, but they also treasure us for the colour and joy that Le Creuset helps them create in their kitchens,” said Paul van Zudyam, chairman of Le Creuset.

To celebrate its 90th anniversary, Le Creuset is launching a limited-edition replica of its original product, creating an online “time capsule” initiative while hosting celebrations worldwide. An impressive 1,925 pieces of the original Le Creuset cast iron cocotte (casserole) dishes have been made in honour of the company’s founding. This cocotte features many of the design details still found on current Le Creuset cookware — a testament to Le Creuset’s timeless style and craftsmanship.

The Le Creuset 90th anniversary cocotte is available at its main store at LG075, Mid Valley Megamall, Kuala Lumpur, and is priced at RM2,300. For more information, visit www.lecreuset.com.