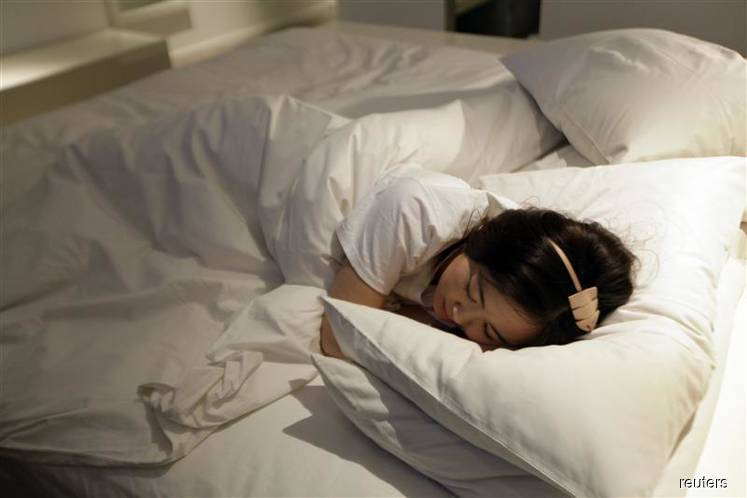 PETALING JAYA (April 16): Nine in ten Malaysians suffer from one or more sleep problems, revealed the inaugural Sleep Survey 2018 by Am Life International Sdn Bhd’s (Amlife), the first of its kind nationally.

Of the top sleep problems encountered, 46% said it is due to waking in the middle of the night, while 32% said they feel tired and unrested in in the morning. Some 31% say they feel sleepy throughout the day.

In fact, 66% of those surveyed said they face such problems at least once a week, Amlife said.

The survey showed that the average Malaysian sleeps 6.3 hours, although it is recommended to get seven to nine hours of sleep a night.

Four out of ten take more than 30 minutes to sleep, even though the normal rate is 10 to 20 minutes, the survey added.

“Six in ten Malaysians claimed that having a unhealthy lifestyle and spending too much time on phones have also caused them difficulty to fall asleep and to stay asleep,” the survey said.

Additionally, 52% say they are unable to sleep due to stress, anxiety and depression, while 26% blame it on environmental issues.

The survey also sought to highlight participant’s awareness on sleep health and found that all Malaysians generally agree that it is important to seek solutions when facing sleeping disorder; however 40% say they do not know how.

“People are beginning to take sleep quality very seriously. The relation to one’s health is strongly linked to good sleep having been established firmly in people’s mind. The market will continue to grow with good momentum and the “quality sleep market” industry will be a major trend in the future,” Lew Mun Yee, President and founder of Amlife International, said at a media briefing earlier today.

Amlife was set up in 2012 by Lew to address poor sleep quality, insomnia and health problems globally.