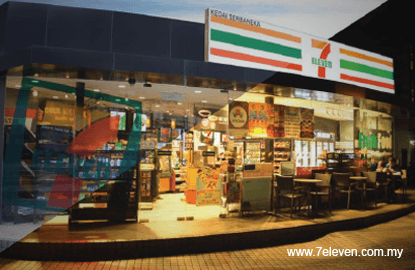 According to Bloomberg data, the 7-Eleven shares were moved in a direct business transaction block at RM1.39 per share, 1 sen lower than its last traded price of RM1.40 today.

Based on Bloomberg data, as at Dec 23, Berjaya Retail Bhd, which is also controlled by Tan, remains the major shareholder in 7-Eleven. It held a 52.78% stake in the convenience chain.

Last month, 7-Eleven announced that it scrapped plans to use RM40.79 million from its initial public offering to build a combined distribution centre, saying instead that the money would be allocated for working capital.