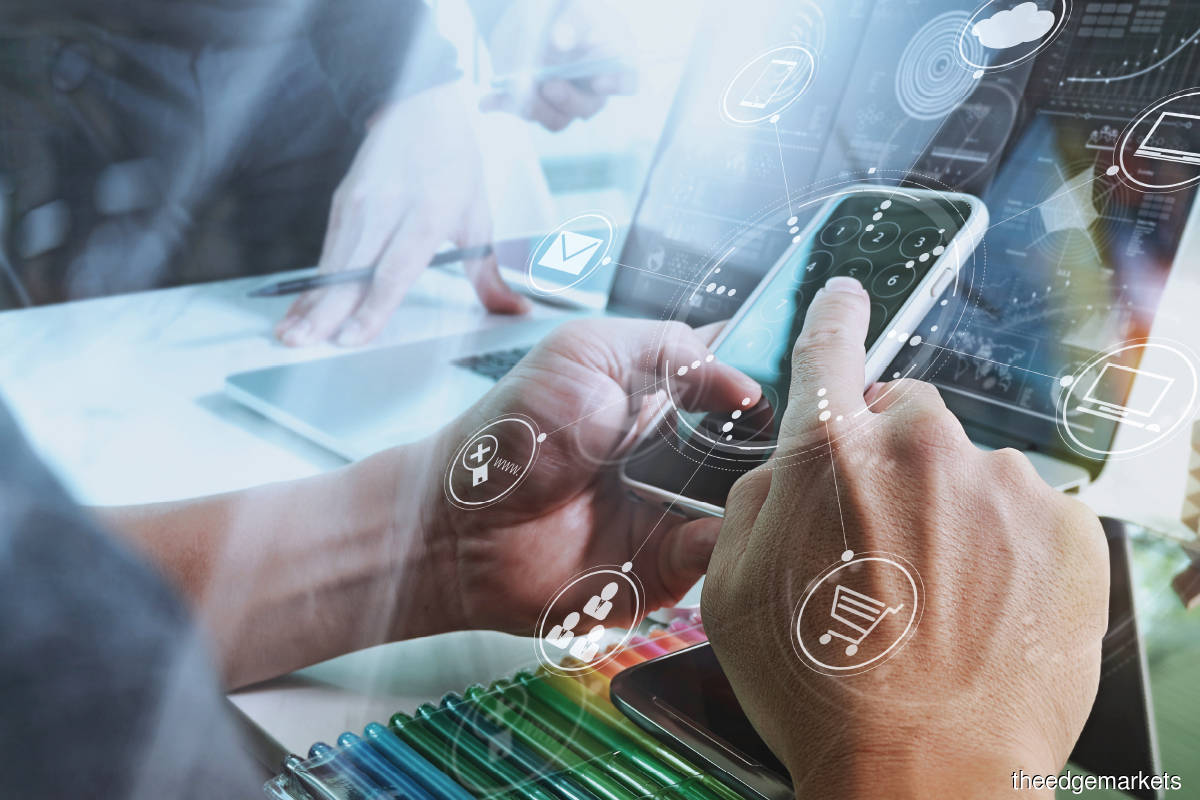 IS the setting up of a government-owned special purpose vehicle (SPV) — now officially named Digital Nasional Bhd — to roll out Malaysia’s 5G infrastructure good or bad for the country, telcos and consumers?

The announcement of the SPV has triggered an avalanche of opinions, mostly critical. The telcos are, understandably, unhappy. The main arguments presented by analysts and commentators, so far, are quite frankly made with a defeatist attitude, with little solid factual rationale. Here is what we think, based on real-life observations and maths, and yes, minus the hyperbole.

Why not let the telcos do what they do best?

We understand why telcos are against this proposal for a single shared infrastructure company.

The fact is, spectrum is their only sustainable asset — network equipment and such are quickly depreciated and/or written off because of rapid technological changes. Therefore, not having ownership of the 5G spectrum — which telcos were expecting to get — must surely be a painful loss.

Telcos want the spectrum — a prized resource in every country in the world and an asset that belongs to all Malaysians — for a very low cost or even for free. The rationale is that if they have to pay a high price for spectrum, they would not have the financials to fund the subsequent rollout and would have to charge users a higher price for their services. Our question is this: Why should Malaysians give away such a valuable asset to the private sector for cheap? The telcos would argue that it is a quid pro quo — that is, they should get the spectrum for cheap or even free in return for providing quality services at lower charges than it would be if they had to pay a high price for spectrum.

But is this true? We will elaborate on this a little later in this article. Suffice to say, our current phone bills are in fact high relative to per capita incomes and the customer experience provided is lagging global leaders’.

Malaysian telcos enjoy some of the highest earnings before interest, taxes, depreciation and amortisation (Ebitda) margins in the world. The bulk of free cash flow (after capex) generated annually is used to pay dividends to shareholders, not to pay down borrowings (see Chart 1).

We suspect without 5G spectrum and network infrastructure, these telcos may find it harder to keep refinancing their debt, which means dividends may actually have to drop. Lower dividend yields will likely affect their share prices. This is a major reason why the telcos are mounting such a pushback against the rollout of 5G by a government-owned SPV— and not because a shared infrastructure is bad for the nation.

It begs the question: Why should Malaysian consumers pay higher charges to enrich telco owners?

A single, shared 5G infrastructure is the best option for the country, no question Most utility infrastructures are natural monopolies — for instance, the electricity grid, water and sewerage reticulation systems and gas pipelines. It is no different for telecommunications.

The cost for 5G is high — some RM15 billion is estimated to be spent over the next 10 years. The bulk of this will be for operations and maintenance (O&M) and future upgrades over this 10-year period. If each telco were to roll out its own individual network, the total cost would be astronomical. For starters, the bill for imported equipment will have negative foreign exchange implications for the country.

Malaysians are already paying higher phone bills (relative to incomes) compared with, say, our neighbours in Singapore for similar packages (see Table 1). One reason for this is because of the relative weakness of the ringgit, resulting in higher prices for imported equipment and, thus, inflating overall capex and related costs. The other bigger reason is that duplicative network infrastructure is costly.

Case in point, despite charging higher prices — Malaysian telcos have higher Ebitda margins compared with their counterparts in Singapore — return on assets (ROA) are not significantly better. In fact, ROA has been declining in recent years despite sustained high Ebitda margins. That means the telcos are making less and less profits for each invested dollar (see Charts 2 to 4). Why? That’s because, for each telco to build and maintain parallel networks — all covering the same geographical area and targeting the same people — is an inefficient use of capital and a waste of resources. Malaysia has a population of just 32 million. It does not take a genius to deduce that the average cost per capita to defray capex of RM15 billion must be significantly less than a capex of RM45 billion (collectively for the three biggest telcos, Maxis, Axiata and Digi).

Why not then allow the shared infrastructure to be owned and operated by a consortium of all the telcos in Malaysia?

In most instances, we are firm believers that private-sector-driven investments are the best option for optimum efficiency, productivity and effectiveness — except in a case where the government has to be the catalyst. Businesses are profit-oriented — they will invest when, and only when, there is sufficient demand and returns. But the user case for demand will not take off if there is no infrastructure.

It is therefore, a catch-22 situation.

Telcos have been talking about sharing infrastructure for years without ever coming to an agreement — case in point, we have duplicating networks for 3G and 4G — for very pragmatic reasons. How do you divide the equity stakes, share of capex as well as board and management representations among so many players? Who leads and who follows? Would the big players be content as equal partners? And if not, would the small players ever get a fair shake?

Critically, even if all the telcos can eventually come to an agreement — which they may not, in which case the country would have wasted precious time in getting a head start on 5G — hashing out all the details could take years. Years that Malaysia cannot afford.

The SPV is tasked with the first 5G commercial availability by end-2021. Can a consortium of all telcos meet this deadline? As we said, the private sector is profit-oriented. That means telcos will only build where there is sufficient user demand. And right now, there are few “killer app” reasons for consumers to upgrade to 5G while enterprise demand is still in the nascent stage. In short, current demand and return on investments will not justify a rapid rollout.

Yet, time is of the essence. It is no secret that Malaysia has dropped the ball when it comes to moving up the manufacturing value chain and in the shift towards a knowledge-driven economy. The new Digital Economy Blueprint — of which 5G is a key building block — is our opportunity to catch up, failing which, we will surely fall farther behind.

Globally, the race to build out 5G is on.

And we do mean all Malaysians. We would bet that when telcos start the 5G rollout, it will be in the highest-population density areas and for highest-paying customers first. Cherry picking is inevitable — and perfectly understandable. After all, businesses have a duty to protect their bottom lines and the interests of shareholders.

We saw this happen during 3G and 4G rollouts where small towns and rural areas had poor or no connectivity for years, far lagging those in big cities.

Only a government-owned SPV that is not under constant pressure by shareholders to give quick returns can afford to build the infrastructure first, without waiting for justification from user demand.

It is no different from the building of telephone and power lines many, many years ago. All these were done by the government because only the government could take the lead.

5G is a utility, a crucial utility for Malaysia.

The digital economy must be inclusive — connectivity must be available and affordable to all Malaysians. It is important for the rural communities to close the digital divide and participate in new secular trends and innovations such as e-learning, e-commerce and new business opportunities.

But the fact is, we think the big telcos want to roll out their own networks — at their own pace — because the high upfront cost acts as a very effective barrier to entry. Without ownership of spectrum and infrastructure, the telcos no longer have the oligopolistic advantage, and must now compete for customers on the basis of price and services, which will lower prices for consumers, and offer better-quality services.

This is why telcos want to own and invest into the infrastructure, even if it means lower ROA for the company. But this is clearly not in the interest of the Malaysian public.

But telcos will ultimately gain without having to spend hefty capex

The SPV setup will mean some short and mid-term pain for the telcos. It is disruptive to the current industry status quo and will require a change in their existing business models. But change is not necessarily bad.

We believe that the telcos too will ultimately gain by not having to spend hefty capex to build and maintain 5G network infrastructure. We foresee these companies ending up with stronger balance sheets.

As mentioned above, the ROA for Maxis, Digi and Axiata are, by and large, not significantly better than that of telcos in Singapore, despite charging much more for their services and enjoying high Ebitda margins.

Malaysian telcos are over-investing in capex, which results in high borrowings. Operating profits are then eaten away by depreciation and interest expenses. For instance, the capital intensity for Maxis and Axiata is averaging more than 21%, compared with roughly 14% for European telcos. They compete by outspending on infrastructure, relying on headline coverage ratios to attract subscribers. But in spite of the over-investments, customer experience is lagging global leaders, according to a recent survey (see illustration above).

A common government-owned 5G infrastructure, with equal access for all, will force telcos — existing and new players — to compete on service quality and customer experience.

Over time, telcos will improve their cash flows. By saving on heavy capex requirements, they could gradually pay down their borrowings and lower interest expenses. As shown in Chart 2, Malaysian telcos enjoy high Ebitda margins that then get whittled away by depreciation and interest expenses. In the absence of heavy capital investments, telcos can even lower phone charges — without compromising profits.

An asset-light business model could leave more cash for dividends in the future. Both shareholders and consumers will benefit in the long run.

Can a government SPV execute to plan?

It is quite pointless to argue over whether the government SPV can deliver on its promises. Only time will tell. But let’s not jump the gun by being a cynic.

The SPV is already starting on a positive footing, with the appointment of Ralph Marshall as CEO. Surely, his credentials and previous experience with Maxis will go a long way in leading the management team, which will consist of experienced and known industry specialists?

Another objection is with regards to the risk of security and disruption of a single shared infrastructure. For those less technically inclined, besides the new 5G RAN (radio access network) that must be bought, installed and maintained, the rest of the infrastructure is leveraged on existing infrastructure, including towers, sites and fibre.

There are only six global manufacturers of 5G RAN. Whether it is this SPV or existing telcos, the technology will be exactly the same, as are the equipment and suppliers, installers and maintenance.

We have laid out all the reasons why we think a single shared 5G infrastructure, spearheaded by the government, is the most efficacious option for the nation and all Malaysians, whether you are a consumer, enterprise, investor or taxpayer.

The SPV has promised transparency, global best practices, an open tender process for 5G infrastructure development and accountability. We say let the proof be in the pudding.