KUALA LUMPUR (April 25): Some 43% of Malaysian new car buyers do not fully understand the terms of their auto finance product, according to a new study by customer satisfaction research and consultancy firm, J.D. Power.

This was among the findings of its 2017 Malaysia Auto Consumer Finance Study, which was released in a statement today. It also noted that the country average in Malaysia is two cars per household.

The study measures customer satisfaction with their automotive finance provider by examining six factors, which are (in order of importance): interaction, onboarding, billing and payment, finance deal, origination and finance advisor.

Some 55% of customers who were delighted with their experience (overall satisfaction score of 852 or higher on a 1,000-point scale) said they “definitely would” use the same provider for their next auto finance product, compared with only 5% of those who were dissatisfied (650 or below), said J.D. Power.

The survey also found that 32% of new car buyers who buy a finance product directly from a finance company are more satisfied than those going through a dealer to arrange financing, with 759 points recorded on a 1,000-point scale versus 742 points.

Overall satisfaction is also higher among customers buying Islamic auto finance products than among those buying conventional ones — at 758 points vs 744 points.

The study was conducted between January-March 2017 and is based on responses from 2,683 new-car buyers who financed a vehicle in the past 12 months.

“With less than half of auto finance customers claiming the finance arrangement actually met their requirements, there is a clear need for the industry to become more customer-centric,” said Chiam.

“Auto finance is a long-term commitment and it’s crucial that dealership salespeople spend sufficient time to clearly explain the services, terms and fees related to each customer,” he added. 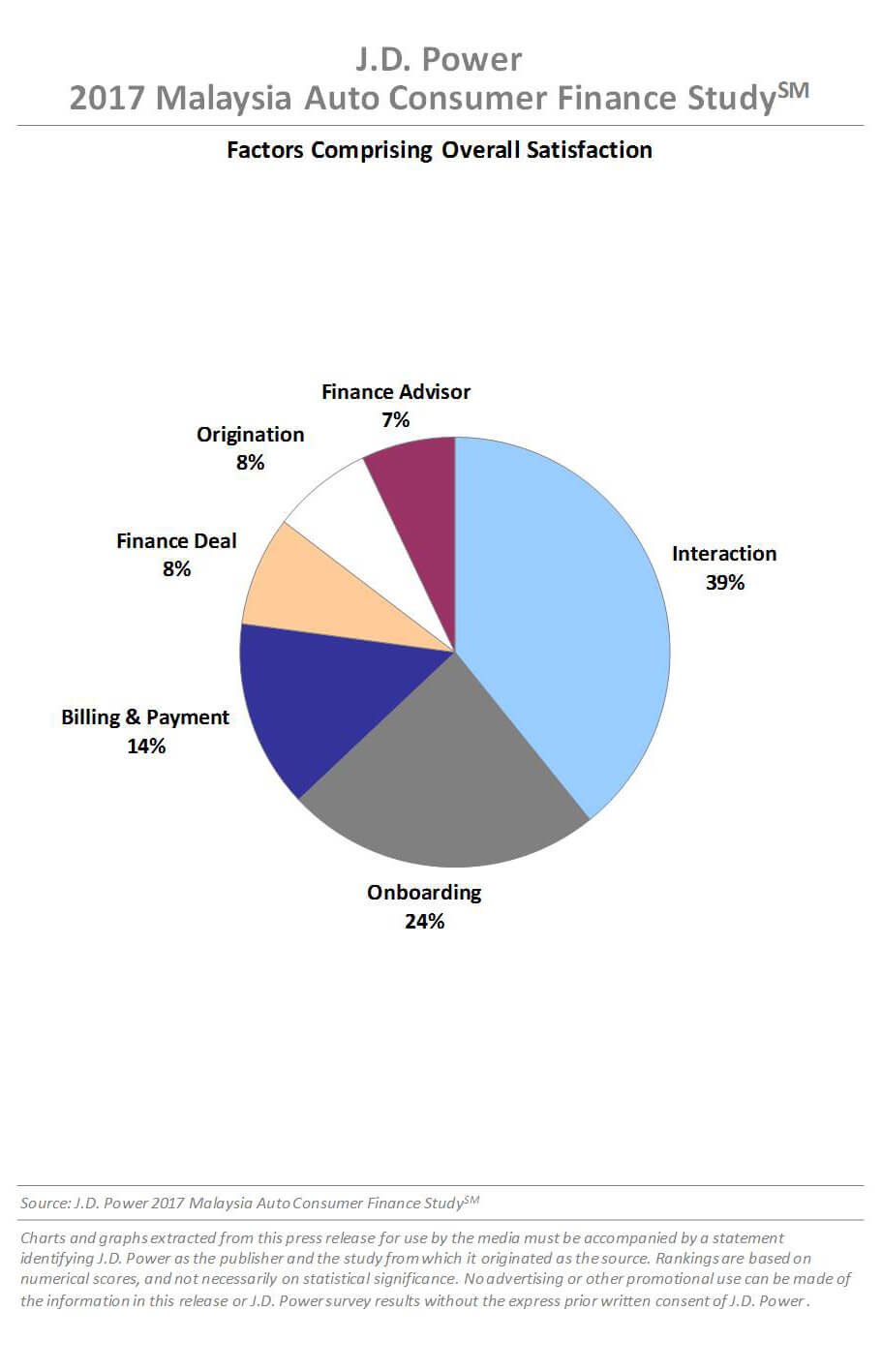