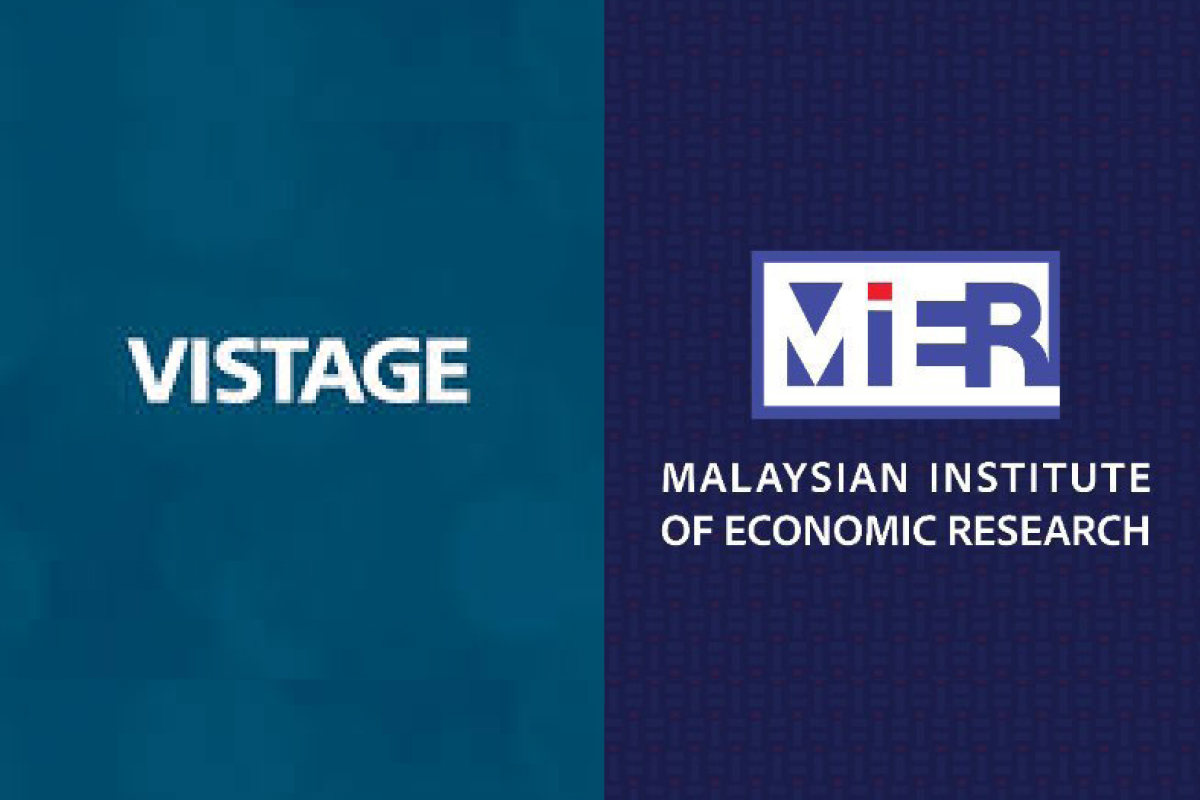 AMID the upward trend in the growth momentum of the economy, upward price pressures, prolonged supply chain bottlenecks, and higher minimum wage and interest rates are weighing on CEOs’ sentiments lately as they become increasingly cautious about the Malaysian economy and prospects of their businesses moving forward. Reflecting this is the latest Vistage-MIER CEO Confidence Index which, at 104.2, has tumbled for the second quarter in a row and lost 13.5 points on the quarter, an indication that confidence among CEOs has waned in recent months.

CEOs’ assessment of the local economy in 3Q2022 is the least optimistic so far into 2022. The latest current economic conditions index fell 20 points quarter on quarter to 123, an inference of a growing concern among CEOs on the current state of the Malaysian economy. Some 49% of the 970 CEOs opine that the economy has improved in 3Q2022, down from 60% a quarter ago. Some 26% believe that the economy has fared worse recently, while another 25% remain neutral on this. CEOs’ near-term forecast of the economy is even more cautious.

Attesting to this is the expected economic conditions index, which fell to 104 in 3Q2022, plummeting 33 points from the prior quarter. While 35% of the CEOs are anticipating the economy to improve in the coming months, 34% do not foresee a change anytime soon and 31% expect the economy to worsen by year end.

CEOs are adopting a more prudent outlook for their businesses in the near term as uncertainties continue to cloud the economic horizon, both at home and abroad. Not only are capital investment and employment expected to take a breather, profitability and revenue are expected to abate in the coming months as well. The latest expected index for capital investment (capex) slumped to 137 from the preceding quarter’s 148. Some 48% of the CEOs are contemplating pumping in more capex soon, while 11% are not planning to do so, compared to 55% and 7% in 2Q2022 respectively.

The index for expected revenue shed 19 points from the previous quarter to 146 in 3Q2022. Some 60% of the CEOs are looking forward to higher revenues soon, down from 72% in 2Q2022; 14% had revised their forecast lower this time around, up from 7% a quarter ago.

The expected profitability index edged down 10 points from the prior quarter to 128 currently. Some 48% of the CEOs are expecting higher profits in the months ahead, down from 2Q2022’s 53%.

The latest index for expected employment, at 150, has declined nine points from 2Q2022, implying that employment is expected to be less active in the next few months. Some 57% of the CEOs are planning to increase their headcount soon, while 36% will likely maintain their existing workforce for the rest of 2022. Both local and export orders are expected to slow down further in the coming months. This is indicated by the three-quarter low of 53% and 49% of the CEOs who are projecting an increase in local orders and export orders soon respectively. Local selling prices are also moderating, with 55% divulging plans to adjust their prices higher in the next quarter, down from 66% in 2Q2022. Price cuts may also be imposed by 9% of the CEOs soon, up from 3% last quarter.

Impact of another OPR hike on profits

In July 2022, Bank Negara Malaysia raised its key interest rate by 25 basis points to 2.25%, its first consecutive hike in more than a decade to contain inflation. If Bank Negara were to raise the overnight policy rate (OPR) by a further 25bps before year end, the majority (43%) of the CEOs believe that their profits would be moderately affected. Some 34% foresee a minimal impact, while another 12% expect their profits to be impacted significantly.

The rising cost of doing business is a growing concern for businesses lately. To address the higher costs of inputs for their products in order to sustain or maximise their profit margins, 66% of the CEOs say they share the cost burden with their customers. Another 25% have passed the total cost burden to their customers through price increases, while 9% have chosen to bear the full cost increases themselves.

Hedging against fluctuations of US dollar vis-à-vis ringgit

For those CEOs who export and/or import and have been affected by the US dollar exchange rate, they were asked how they hedge against these fluctuations. Most (39%) prefer to do nothing and leave their position open, while 29% have maintained their US dollar or foreign currency account, and 17% have engaged in partial hedging of less than 50%. Switching to an alternative currency and forward contracts were disclosed by 9% and 6% of the CEOs respectively.

As to whether the Goods and Services Tax (GST) should be reintroduced to replace the current Sales and Services Tax (SST), an absolute majority of 71% voted in favour of it, with 59% suggesting a rate of 3%, while 23% and 18% proposed 4% and 5% respectively.

If GST were reintroduced, two major suggestions were put forth by CEOs to help improve the operational efficiency of its procedures and implementation. Some 56% of the CEOs suggested that contras be allowed to offset their GST payments against their input tax credits, while 42% hoped that refunds could be expedited within 60 days.

Budget 2023 is scheduled to be tabled on Oct 7. Notwithstanding the numerous wishes listed by CEOs, the three that topped the list this year were provision of grants for automation and digitalisation, financing support for small and medium enterprises (SMEs) through the provision of grants, tax incentives and loans, and reintroduction of GST.

Other popular wishes included allowing more foreign workers into Malaysia, reducing the corporate and personal taxes, providing export incentives for goods and services, offering tax incentives for foreign direct investments, and granting higher allocations for education, agriculture and health. There were also calls for a strengthening of the ringgit.

The current manpower shortage afflicting most organisations nationwide is affecting 63% of the CEOs, of which 39% are moderately affected, while the impact on 24% is severe. Some 27% are affected slightly, but it is a non-issue for 11% of the CEOs.

Recruitment is a significant issue faced by most companies that are growing. As remuneration is one of the key criteria in recruitment, CEOs were asked about their average monthly package (including allowance) for fresh graduates in their organisations.

In terms of an effective human resources (HR) function to recruit, retain and develop their talent to support their businesses, most (42%) CEOs opine that their HR is functioning adequately, although there is room for improvement. Another 16% believe that their HR is effective in their function, while 23% say otherwise. Some 19% would like to be able to glean more HR improvement ideas from workshops and seminars.

Given the new wave of the various variants of Covid-19, CEOs were asked to indicate their current status of vaccination. The majority (59%) of the CEOs have received their Booster 1 and only 5% have not gone for the booster so far. Some 27% have also received their Booster 2, but 9% have no intention of taking this booster anytime soon.