36th Asean Summit to be held via video conference tomorrow 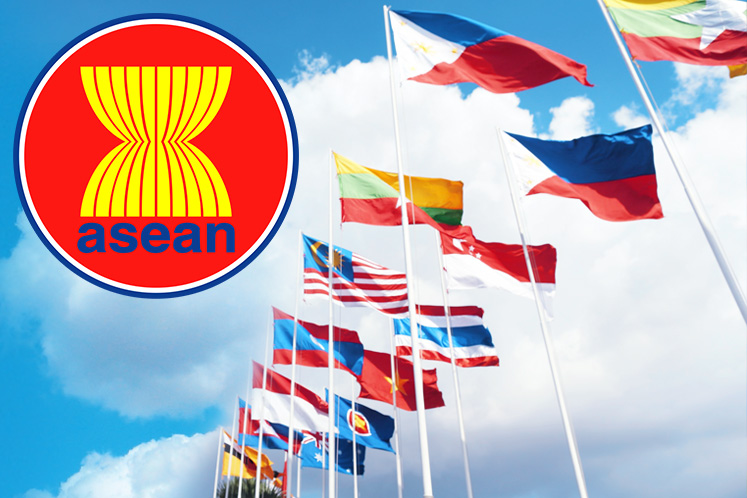 PUTRAJAYA (June 25): For the first time in its history, the 36th edition of Asean Summit tomorrow will be a virtual summit in which leaders of its member countries will discuss regional and post-Covid-19 issues via video conference.

Foreign Minister Datuk Seri Hishammuddin Hussein said the Malaysian delegation at the summit will be led by Prime Minister Tan Sri Muhyiddin Yassin, who will also deliver a speech to voice out Malaysia’s stance on those issues.

The summit will be chaired by Vietnamese Prime Minister Nguyen Xuan Phuc, who is also Asean 2020 chairman.

“(Before the summit) I will meet with the prime minister (Muhyiddin) to share my opinions on matters that need and could be raised by Malaysia at the summit based on the input gathered during a series of meetings I had with Asean foreign ministers yesterday,” he said.

Speaking at a press conference here today, Hishammuddin said among the main agenda of the summit is to look into regional and international issues in the post-Covid-19 period.

The summit will also fine-tune all proposed comprehensive recovery measures to cushion the impact of Covid-19, which had been initially discussed at the Special Asean Summit on Covid-19 last April, he said.

Asean leaders are expected to endorse the document titled “Asean Leaders’ Vision Statement on a Cohesive and Responsive Asean: Rising above Challenges and Sustaining Growth” during the summit, he said.

The foreign minister said Muhyiddin and his Asean counterparts will also participate in the Asean Leaders’ Special Session at the 36th Asean Summit on Women’s Empowerment in the Digital Age.

On his meeting with Asean foreign ministers yesterday, Hishammuddin said various issues were discussed, including matters relating to the South China Sea, the latest development in Rakhine and in Palestine, nuclear disarmament, and efforts to address the challenges in the new global landscape post-Covid-19 pandemic.

On the challenges of holding a virtual summit amid Covid-19, Hishammuddin said the situation was unavoidable, but the Special Asean Summit on Covid-19 held via a video conference in April had proceeded smoothly.

“The downside of it is that the Asean way is always to be able to interact on a personal basis, face to face and a lot has been decided on the corridors, over coffee and meals,” he said, adding that the Asean Foreign Ministers' Meeting yesterday was also held informally to set the tone for the summit.

“The world is experiencing unprecedented challenges from Covid-19, however it does not stop Asean from moving forward in achieving its visions and goals,” he said.