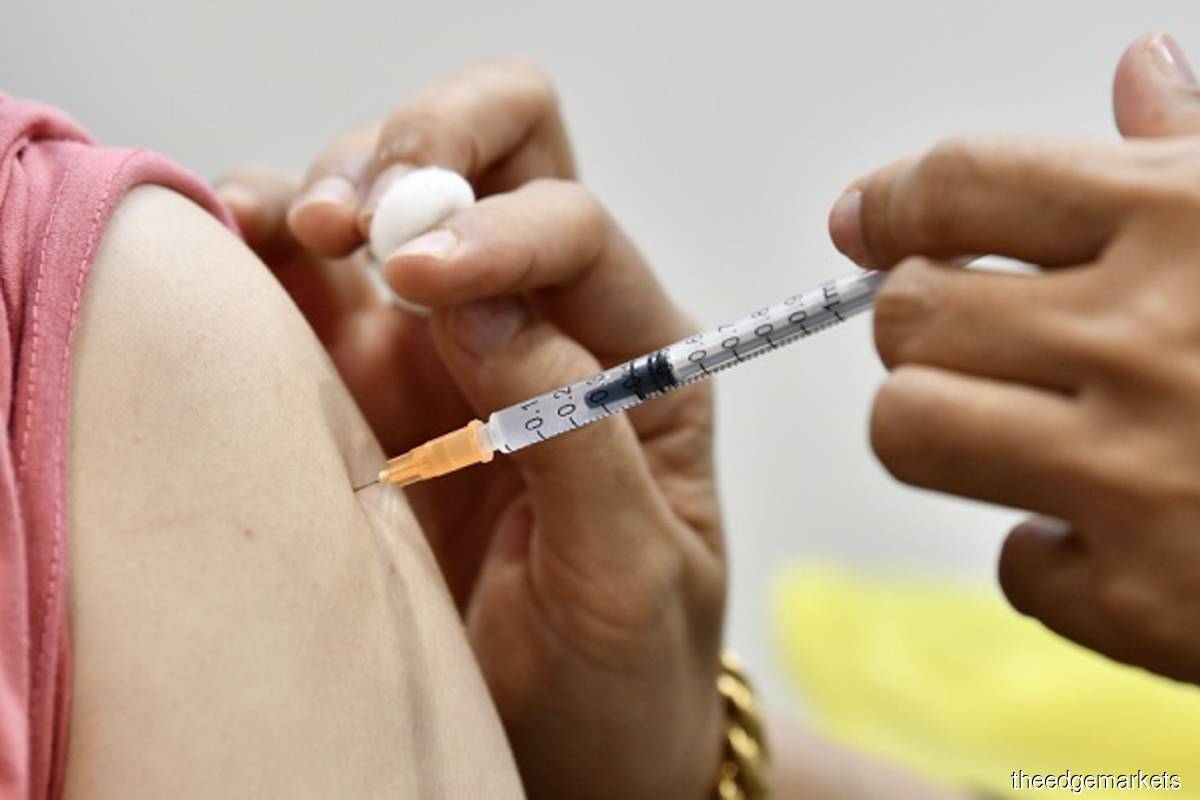 KUALA LUMPUR (July 28): The government has projected that the percentage of adults in Kuala Lumpur and Selangor that is fully vaccinated against Covid-19, which stood at 29.7% as of July 27, will reach 100% by the end of August.

Under the projection, 40% of the 6.09 million adult population in Kuala Lumpur and Selangor is expected to be fully inoculated by the end of July.

The new vaccination timeline was contained in a National Recovery Plan (NPR) update released on July 26. The NPR is the government’s roadmap to control the pandemic and enable progressive reopening of society.

According to the timeline, all adults in the country are expected to be fully inoculated by October. As of July 27, 77% of Labuan's adult population was fully vaccinated, while for Sarawak, it was 58.6%, according to the Covid-19 Immunisation Task Force (CITF)

Meanwhile, Perak had been set to reach 60% full inoculation of its adult population in July, and achieve the 100% target in October.

All these states are set to reach 100% full inoculation by October.

National Covid-19 Immunisation Programme Coordinating Minister Khairy Jamaluddin in his speech in Parliament today said the government has secured access to enough Covid-19 vaccines to cover 130% of the entire population or 41.7 million people.

A further 10% of the country’s population will receive vaccines from Russia’s Gamaleya National Research Center for Epidemiology and Microbiology, the manufacturer of the two-dose Sputnik V vaccine that is currently awaiting approval from the National Pharmaceutical Regulatory Agency.