2021 Newsmakers: In the news for the wrong reasons 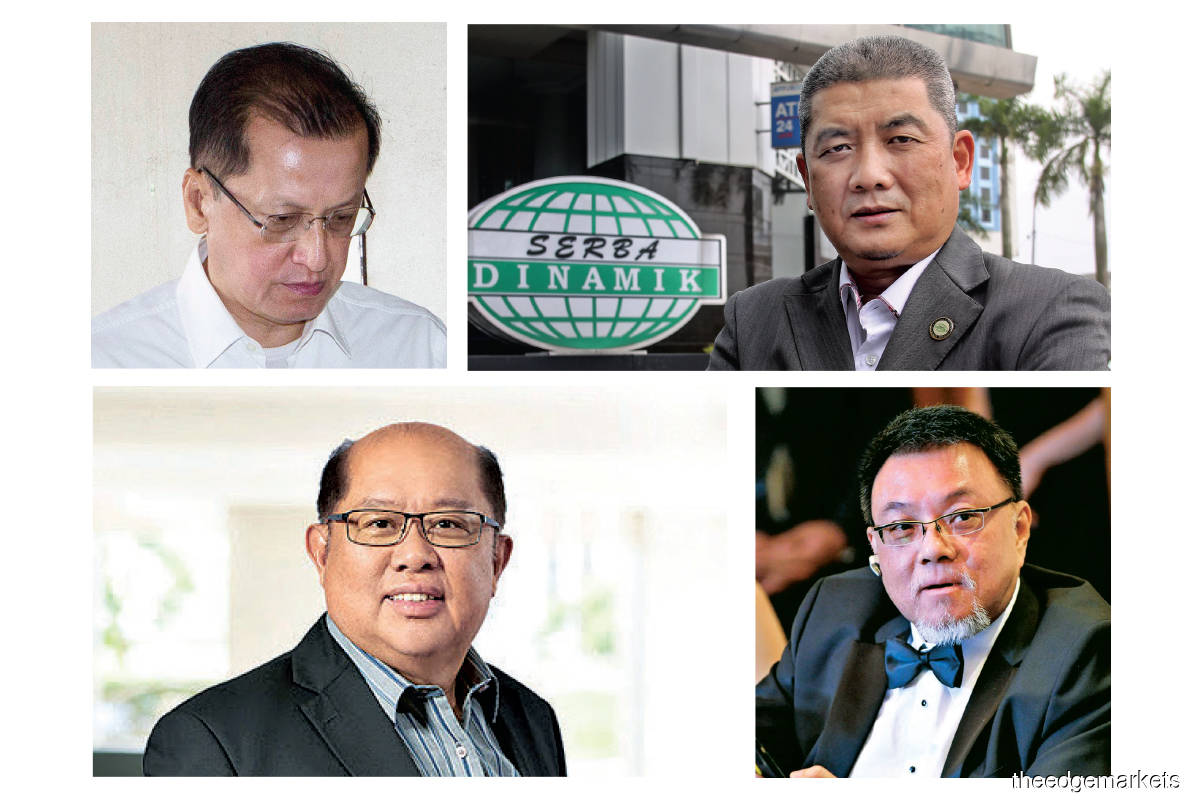 Corporate Malaysia was not spared its share of boardroom tussles and alleged financial irregularities in 2021. Here are the players in some of the headline-grabbing episodes.

In the midst of an appeal against his one-day jail sentence and RM2.5 million fine, Transmile Group Bhd founder Gan Boon Aun fled the country without serving his sentence.

A controversial figure, Gan was found guilty by the Sessions Court on Aug 27, 2020, of furnishing misleading financial statements to Bursa Malaysia in 2007. The misleading statement on the group’s revenue amounted to more than RM333 million in fictitious sales.

Gan filed his appeal at the High Court. However, when the case turned up for mention before Justice Mohd Zaini Mazlan, the public prosecutor with the Securities Commission Malaysia (SC) informed the judge that Gan had gone overseas, according to immigration records. The court subsequently issued a warrant of arrest against him for non-attendance.

Later, SC deputy public prosecutor (DPP) Shoba Venu Gobal informed Justice Mohamed Zaini that the authorities had not been successful in executing the warrant of arrest and were seeking another two months from the court before enforcing Section 314 of the Criminal Procedure Code (CPC). The court allowed only one month and fixed Jan 25 for the hearing of the appeal, with or without Gan.

The SC has put out notices asking members of the public with any information on Gan’s whereabouts to inform the authorities.

It remains to be seen whether Gan will be caught and compelled to face his sentence and appeal in 2022. — By Timothy Achariam

What appears to be a negative perception of Abdul Karim comes on the back of accounting issues at oil and gas outfit Serba Dinamik Holdings Bhd, where he is managing director, CEO and its largest shareholder, with a 21.22% equity interest.

To recap, Serba Dinamik’s original auditor KPMG flagged what it alleged was more than RM4.54 billion in questionable transactions in May this year and resigned the following month after the company initiated legal proceedings against the audit firm.

Making things worse for minority shareholders, Bursa Malaysia suspended the trading of Serba Dinamik’s securities when the company refused to make public the findings of the special independent review. At the time of its suspension, Serba Dinamik’s market capitalisation had plummeted to RM1.3 billion, down from RM6 billion in its heyday.

Securities Commission Malaysia raided the offices of Serba Dinamik in May, and while the regulator has not really said much, it has not absolved Abdul Karim or the management of the company of any wrongdoing.

While Abdul Karim and other Serba Dinamik officials have time and again denied any misconduct, the downward spiral at the company has been swift, with problems piling up. The latest issue is a default on the coupon payment for a US$222.22 million (RM939.77 million) sukuk, which may have greater repercussions down the road.

As the legal wrangling continues, Serba Dinamik has not been able to file its annual report. Will Abdul Karim be able to solve the mess the company is in or will it falter and sink into oblivion? — By Jose Barrock

Symphony Life Bhd (SLB), one of the oldest property developers in Malaysia, made the headlines between August and October this year, thanks to a clash between its CEO Chin Jit Pyng and former adviser Datuk David Goh Hock Choy, with both of them accusing each other of wrongdoing.

Trouble started brewing in SLB after Tan Sri Mohamed Azman Yahya stepped down as the group’s executive chairman in April. He sold his SLB shares in two blocks, in April and August, to Johor-based Muar Ban Lee Group Bhd (MBL).

Among the issues that divided the top management and the board of directors was a March 2018 agreement signed with real estate agency Heritage Shield Sdn Bhd to sell apartment units at the Union Suites project in Bandar Sunway.

SLB signed a second bulk sales agreement on May 10 this year for the same development. As a result, BDO was hired to look into allegations against Chin regarding non-compliance with SLB’s procedures for the appointment of external sales agents and a possible conflict of interest.

Meanwhile, SLB, under former chief financial officer Ng’s instructions, had allegedly acquired one million shares in Cycle & Carriage Bintang Bhd (CCB) at an average price of RM2.57 per share in June this year.

Ng, who is said to be aligned with Goh, was accused of buying CCB shares without the approval of SLB’s board and Chin. Consequently, the board appointed EY to undertake an investigation into her conduct.

Since the emergence of these issues, there has been no material developments at SLB. — By The Edge Malaysia