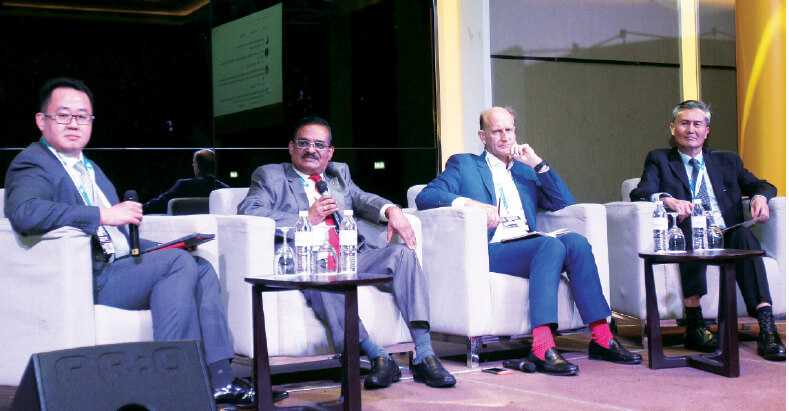 KUALA LUMPUR: The Malaysian stock market “is poised for better times” in 2018, with corporate earnings ready for a rebound amid better-than-expected economic growth, according to Credit Suisse.

“It is not going to be a bull market [for Malaysia], but it will be less worse, having been one of the worst-performing markets in Asia for the last three years,” Credit Suisse Malaysia managing director Stephen Hagger said.

Speaking at the Rehda Institute CEO Series 2017 Regional Property Development Conference here yesterday, Hagger said Malaysia, which the global financial services provider had termed the “most unloved larger mainstream emerging market”, will see earnings growth next year, with upside in the low teens for the FBM KLCI in 2018.

“Malaysia is the only country in Asia with no earnings per share (EPS) growth in 2017. We now believe Malaysian corporate earnings have bottomed,” said Hagger.

This is on top of corporate restructuring involving some bigger players like Sime Darby Bhd, which is splitting up into three pure-play companies, while Malayan Banking Bhd is planning to create a separate class of syariah shares, said Hagger.

Credit Suisse Malaysia is positive on the oil and gas, construction, technology, banks and rubber sectors — while it expects plantation and property sectors to weigh on the market.

The market may also pique investor interest next year as political risks are expected to subside after the upcoming election. “Broadly, markets don’t like surprises. And [the] continuation of [the] present administration will be seen as positive for the market,” he said.

However, the country’s political direction is not seen by Hagger as positive for the ringgit in the long term, despite the fact that selling pressure on bonds has eased so far. “The currency will be linked to oil, politics … Given the direction in politics, the long-term outlook for the ringgit is not good,” he said.

Hagger said the Malaysian government could do away with getting involved in businesses to attract foreign investors. “If you look at ownership in the stock market, it is mostly owned by government-linked institutions, and that is really bad news,” he said.

Hagger blamed domestic fund inflow as a cause of expensive valuation across the Malaysian stock market between 2014 and 2016, which also made the market unattractive.

“Valuation-wise, Malaysia has historically been quite expensive,” he said. “One of the reasons for that is the tremendous exit of foreign holdings, and government-linked funds had no choice but to keep on buying into this market [to keep it stable].”

“But valuation right now is back at [the] global financial crisis level in terms of price-to-book ratio, so it is not too stretched,” said Hagger. Price-earnings ratio, too, is currently at a historic average, he added.

The years 2014 to 2016 saw a bit of a shake-up in the nation’s political landscape. In that period, RM38.2 billion of domestic institution funds bought into the local stock market, Bank Negara Malaysia data showed. At the same time, RM28.7 billion worth of foreign money exited the country.

The trend is now on a reversal this year. To date, foreign inflow stood at RM10.4 billion against RM5.1 billion outflow of domestic institution funds.

“But foreign investments are very much underweight. Inflow was going well since January this year, until the Bandar Malaysia debacle in May,” said Hagger.

On May 3, finance ministry-owned TRX City Sdn Bhd announced that its agreement with IWC CREC Sdn Bhd for the sale of a 60% stake in Bandar Malaysia Sdn Bhd had lapsed, with TRX claiming IWC CREC failed to meet related payment obligations.

“That led into question the sanctity of government contracts. That really scared the market,” said Hagger. “Really, the role a government should play is that of a regulator. There are a lot of other more little things, but exiting businesses will be an excellent start,” he added.