1Q15 spending to be resilient

Consumer Products
Maintain “underweight”: The consumer sentiments index (CSI) fell to 98 points (pts) in the third quarter of 2014 (3Q14) [2Q14: 100.1pts, 3Q13: 102pts] on a combination of flat employment prospects, and a softening of current and expected income.

Despite the softening sentiment, we believe spending will be resilient in 1Q15 as consumers front-load their purchases of big-ticket items ahead of the implementation of the goods and services tax (GST) in April 2015.

Historically, we note that this momentum will reverse post-GST.

Rising inflationary pressure from the implementation of the tax and higher cost of living from the rationalisation of subsidies could weigh on spending. We expect consumption trends to gradually normalise over the course of 2015. RHB economists project consumption spending to grow at a slower 5.2% year-on-year (y-o-y) pace next year (2014F: 6.8%). 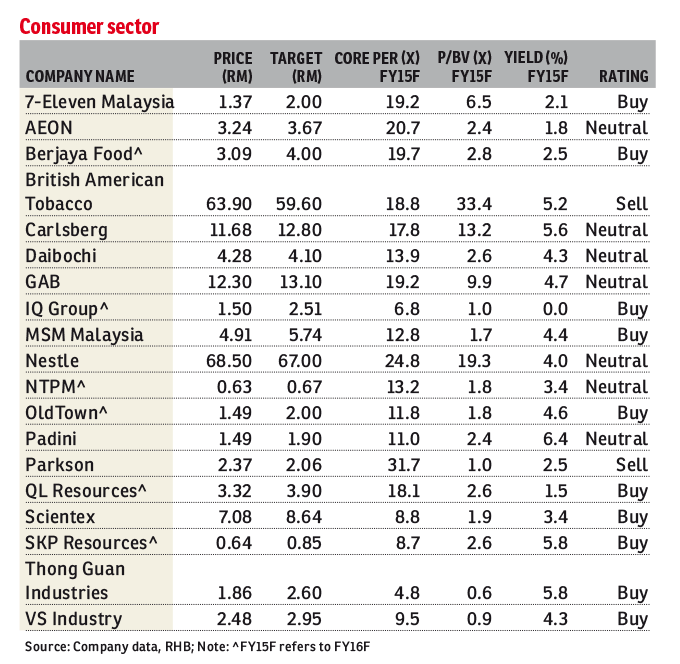