1MDB-SRC Trial Day 61: Najib expected to tell his side of the story 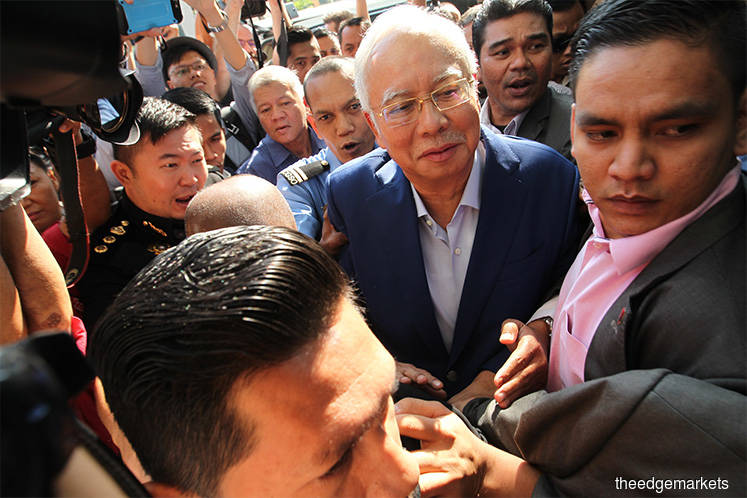 KUALA LUMPUR (Dec 3) : Former premier Datuk Seri Najib Razak is expected to tell his side of the story with regards to the RM42 million of SRC International Sdn Bhd funds that was in his account between December 26, 2014 and Feb 10, 2015.

This follows the High Court having on Nov 11 ordered him to enter his defence on all seven charges.

Najib had told the court that he will take the witness stand in his defence which would result in him liable to be cross-examined by the prosecution led by Attorney General Tan Sri Tommy Thomas and appointed prosecutor Datuk V Sithambaram and other DPPs.

The former premier will first testify to the questions posed by his counsel Tan Sri Muhammad Shafee Abdullah.

However, he still have two other options to make his testimony if he so chooses namely to give an unsworn testimony from the accused dock where he cannot be cross-examined while another is choosing to remain quiet which in all entirety the last option would be considered a guilty verdict.

Najib is the first former Prime Minister to enter defence of a criminal charge.

He faces three charges of criminal breach of trust, an abuse of power and three money laundering charges in relation to RM42 million of SRC funds.