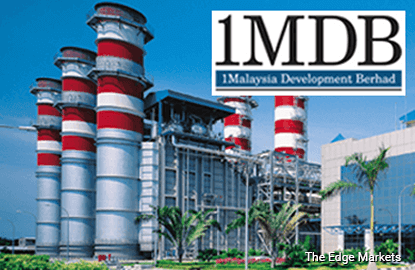 Edra Global Energy is the energy arm of cash-strapped state-owned strategic investment fund 1Malaysia Development Bhd, which is now under scrutiny by the authorities after amassing RM42 billion in debts since 2009, as well as for some questionable deals.

"The disposal consideration was arrived at on a willing-buyer-willing-seller basis after negotiation and taking into consideration the market value," it said.

According to the filing, valuer Jurunilai Bersekutu had valued the land at RM65 million or RM250,000 per acre.

According to Bina Darulaman, which is in oil palm plantations and property development, the group expects to net a profit of approximately RM26.7 million from the disposal, a 41% profit margin.

"The proposed disposal will improve the earnings of the company for the financial year ending Dec 31, 2016," it added.

Under the agreement, Bina Darulaman is required to convert the land's categorised use from agricultural to industrial.

Bina Darulaman said the disposal will unlock the value of the land since it has no immediate plans to develop the land.

"Commercially, it is part of the group's strategy to help realise and support the government's efforts and mission to enhance and develop the transformation of the socio-economic and administrative agenda," it added.

It also said the disposal would result in employment opportunities for the local Kedah community through the solar power generation project to be developed by Edra Solar.

The group did not state the expected time frame for the completion of the deal.