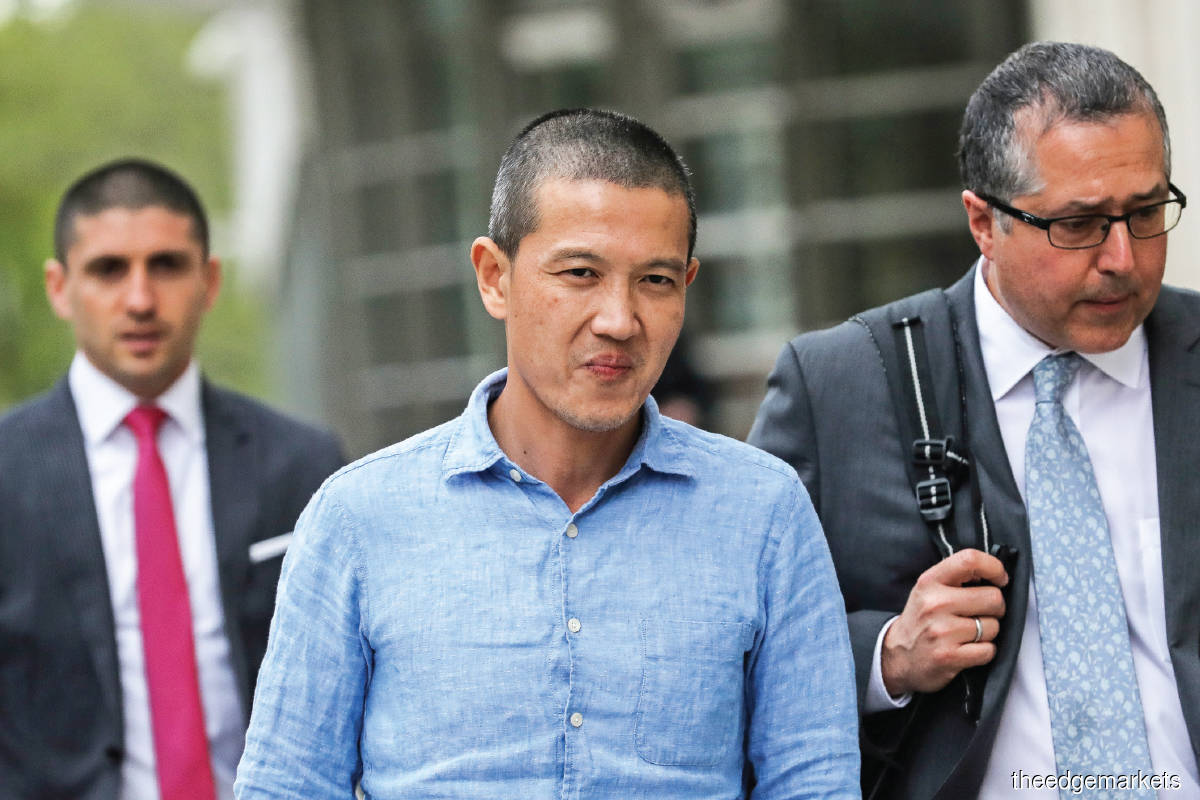 Ng was charged in court for his role in the issuance of US$6.5 billion worth of 1MDB bonds. (Photo by Reuters)

THE firm released the following statements and presentation after today’s announcement by the US Department of Justice.

Memorandum from David M Solomon, chairman and CEO of Goldman Sachs, to all employees globally

Message on firm’s settlement on 1MDB

As you have all seen, the US Department of Justice, along with regulators in the US, UK, Singapore and Hong Kong, announced settlements with Goldman Sachs that resolve the government and regulatory investigations of the 1MDB matter.

This has been a long process and we are pleased to be putting these matters behind us. But, we are not putting the lessons learnt from this experience behind us.  I have thought a lot about our role in the 1MDB transactions and have weighed carefully the findings of the investigations. Nearly two years ago, I said to all of you that our obligation is to be self-reflective and self-critical.  That is more important than ever today.

While it is abundantly clear that certain former employees broke the law, lied to our colleagues and circumvented firm controls, this fact does not relieve me or anyone else at the firm of our responsibility to recognise two critical realities.

First, as an organisation that seeks to live up to a common set of ideals and values,

we are responsible for each other’s actions.  We all share in the benefits when our colleagues perform well for our clients. The opposite must be true as well.  When a colleague knowingly violates a firm policy or, much worse, the law, we — as a firm — have to accept responsibility and recognise the broader failure that individual behavior represents for our firm.

Second, we have to acknowledge where our firm fell short. While many good people worked on these transactions and tried to do the right thing, we recognise that we did not adequately address red flags and scrutinise the representations of certain members of the deal team, most notably Tim Leissner, and the outside parties as effectively as we should have.

There are consequences for not getting it right and this settlement is an important acceptance of this fact. Today, our board of directors announced action with respect to past and current senior management compensation, among other areas of focus. This action is entirely appropriate under the circumstances.  The board’s announcement is an important reminder that we are all responsible for each other’s actions, including our collective failures.

Several years ago, we began making significant enhancements to our compliance and internal controls.  Several of our regulators have noted these substantial enhancements in their settlement documents. These improvements include redesigning our framework for addressing reputational risk, including the creation of a Firmwide Reputational Risk Committee that is made up of predominantly control-side members who are empowered to stop any transaction. More broadly, since the 1MDB transactions eight years ago, our Global Compliance Division has nearly doubled in size.

More recently, we imposed additional conditions for sovereign-related financings, including requiring certifications from certain government bodies on the use of proceeds within six months of a transaction closing and subjecting these transactions to review by an independent team of bankers. In addition, we have created a Compliance Forensics Program that ensures forensic reviews focusing on people, places, events and processes that could present risk.  Related to this effort, we established an Insider Threat Program that leverages enhanced surveillance analytics to prevent and detect potentially harmful action by employees. Over the past several years, we have materially changed our focus to put reputational risk at the centre of our decision-making.  We must always remain open to improvement, learn from our mistakes and accept the consequences when we fail.

We must continue to hold ourselves to the highest standards, and each of us has a vital role to play. Our success as a firm can only be ensured through a culture rooted in integrity, shaped by a long-term mindset and guided by a sense of personal accountability and responsibility for our actions.

Statement from the board of directors of The Goldman Sachs Group, Inc

The board of directors of The Goldman Sachs Group, Inc has been engaged for more than five years with the senior management of the firm on the matter of the underwriting of bonds associated with 1Malaysia Development Bhd (1MDB) that took place beginning eight years ago.  As part of this effort, in February 2019, the board announced that, given ongoing investigations related to 1MDB, it reserved the right to adjust certain compensation to past and current members of senior management when more information about 1MDB matters became available.

Today, Goldman Sachs announced settlements that resolve the government and regulatory investigations of the 1MDB matter. The board views the 1MDB matter as an institutional failure, inconsistent with the high expectations it has for the firm. To this end, the board has been and continues to be focused on ensuring the proper controls and oversight are in place, repairing the reputational damage that has been done, and reinforcing the values the firm aspires to live by.

Further, while none of the past or current members of senior management were involved in or aware of the firm’s participation in any illicit activity at the time the firm arranged the bond transactions, the board has determined that it is appropriate in the light of the findings of the government and regulatory investigations and the magnitude of the total 1MDB settlement that compensation for certain past and current members of senior management be impacted.

For those former employees implicated in the criminal scheme, the firm has undertaken clawback actions to the full extent of its contractual entitlements with respect to three individuals: Tim Leissner, who has pleaded guilty to criminal charges; Ng Chong Hwa, who has been charged with the same crimes; and Andrea Vella, who has been prohibited by the Federal Reserve from participating in the banking industry. The amounts the firm is seeking to forfeit from these individuals total approximately US$76 million (RM316 million), of which the firm is currently holding approximately US$24 million.

Separately, in acknowledgement of the firm’s institutional failures, five of the firm’s former senior executive officers, the former CEO, the former chief operating officer, a former chief financial officer, the former vice-chairman who was a CEO of Goldman Sachs International and the former vice-chairman who was the global head of growth markets, will, to the extent not already paid, forfeit all or the majority of their outstanding Long-Term Performance Incentive Plan Awards that were granted in 2011 and which have a performance period that includes 2012 and 2013 when the 1MDB bond underwritings took place, and forfeit a portion of other previously awarded compensation, if applicable. One of these retired senior executives who previously received the 2011 award has voluntarily agreed to return the majority of it. The firm is in active discussion with another of these retired senior executives, who also already received the 2011 award, about returning the majority of it as well. The amounts for these five individuals represent a portion of the pre-tax value of these awards granted or paid, and total approximately US$67 million.

In addition, we think it is appropriate that the current executive leadership team, the CEO, the chief operating officer and the chief financial officer, as well as the current CEO of Goldman Sachs International, have their overall compensation reduced by US$31 million for 2020.

These clawbacks, forfeitures and compensation reductions will total approximately US$174 million in the aggregate.

The board has overseen significant enhancements to compliance and internal controls, including over the past five years. These enhancements include expanding the global compliance division; establishing an enhanced framework for addressing potential reputational risks, including an expanded review of significant and complex transactions; improving anti-bribery controls; enhancing the technical sophistication and training for the control-side of the firm; and creating new programs to investigate and prevent risks and potentially harmful actions. More recently, the firm has taken additional steps, including instituting new control procedures for higher risk sovereign-related financings and strengthening conduct oversight. The board and senior management will continue to focus on further strengthening and improving these.

A special committee of the board of directors, comprised of the lead director and the chairs of each of the audit, risk, public responsibilities and compensation committees of the board, will oversee and review the remediation efforts arising out of the lessons of 1MDB.