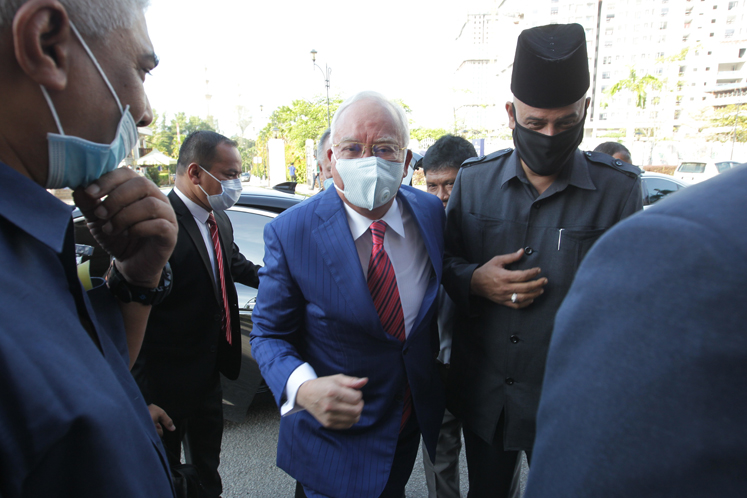 After this hearing, the court will hear another application by Najib to remove Sri Ram from the prosecution team for the 1MDB audit tampering trial.

The letter dated June 12 to Messrs Shafee & Co and the Attorney General's Chambers (AGC) informed the parties involved of the hearing date. The date of the hearing was fixed for Monday at 2pm in the High Court's (appellate and special powers division) before Justice Datuk Seri Mariana Yahya.

The Monday hearing follows the Federal Court’s decision in October 2019 to dismiss applications by the AGC, Sri Ram and the government for leave to appeal against an earlier decision by the Court of Appeal granting Najib and Muhammad Shafee permission to make the challenge.

It was reported that a three-member Federal Court bench, led by Chief Justice Tan Sri Tengku Maimun Tuan Mat, had then dismissed the applications by the AGC, Sri Ram and the government.

The Court of Appeal, however, overturned the High Court’s decision, followed by the Federal Court’s dismissal of the AGC, Sri Ram and the government’s applications.

After the Monday hearing of Najib and Muhammad Shafee’s application, the High Court will hear another application by Najib to remove Sri Ram from the prosecution for the 1MDB audit tampering trial.

Read also:
AGC to appeal against return of alleged 1MDB money to Umno, three others