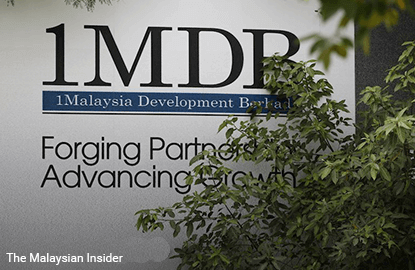 KUALA LUMPUR (Sept 8): 1Malaysia Development Bhd (1MDB) has denied it ever received any “repeated requests” for information as claimed by its former advisory board member Tan Sri Dr Abdul Samad Alias, and is seeking a meeting with the latter to “discuss and clarify any outstanding concerns”.

In a statement today, 1MDB said access to its audited financials are publicly available and if Abdul Samad had made such a request previously, it would “most definitely have been able to share these” with him.

“It is, however, important to 1MDB that we properly address the concerns raised by Tan Sri Samad (Abdul Samad),” it said.

“In addition to regularly issuing public updates on the progress of the 1MDB rationalisation plan, the 1MDB board of directors has today sent a letter to Tan Sri Samad to seek a meeting with him to discuss and clarify any outstanding concerns.

“We further reiterate our appreciation to Tan Sri Samad for his earlier input and support of the company,” it added.

“This included a slide presentation which showed the extent of future debt and interest obligations of the company, and a discussion on proposals to address the key issues facing the company,” the statement read.

Abdul Samad also had the contact details of various 1MDB board members, including the mobile phone number of Arul Kanda, noted 1MDB.

Its statement today came after Abdul Samad, chairman of the Malaysia Deposit Insurance Corporation, reportedly said yesterday that he had quit as 1MDB’s advisory board member after a request for a briefing on 1MDB’s financials went unheeded for six months.

Abdul Samad had submitted his resignation letter on July 29 after being appointed to the advisory board earlier this year.

Posting a picture of Abdul Samad in his Instagram account, Nazir’s caption read: "Respected, honest professional appointed by the Govt and welcomed by the Chairman with fanfare. But denied access to information by management. If this is true and tolerated, what message does it send to other GLCs / agencies?"

In response, 1MDB, in the same statement, said: “... we regret to note that third parties such as Datuk Seri Nazir Razak, who have no direct knowledge of the facts, are issuing speculative opinions on certain statements made on Sept 7 by Tan Sri Samad ...”