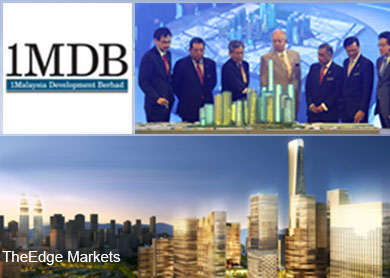 Over the past week, there has been considerable speculation about various elements of 1MDB’s business. Whilst the majority of issues have previously been raised and subsequently addressed by the company, we take the allegations very seriously.

As such, we wish to take this opportunity to respond to these unsubstantiated claims, with the intention of presenting the other side of the story and allowing readers to develop their own informed views about 1MDB.

Concerns have been raised about the 5.75% interest rate assigned to a RM5.0 billion Islamic bond that was issued by 1MDB in 2009 with suggestions that this was a bond with a particularly high interest rate. As a comparison, it has been noted that another government-linked company Petronas paid an interest rate of 3.60% on a bond at the same time.

This is an unfair comparison that does not take into account a number of important factors.

When subscribing to a bond, lenders take on a certain degree of risk. The longer the tenure, the higher the risk for the bondholder. As such, bonds that have a longer maturity period typically have a higher interest rate.

As far as we are aware, the only Petronas-related bond issued in 2009 that carried a coupon rate of 3.6% was for a RM100 million bond with the tenure of only three years.

Given the significant difference between the maturity periods, it should not be surprising that the bond issued by 1MDB had a higher interest rate.

More broadly, it is important to note that the bond issued by 1MDB in 2009 was the first Malaysian bond with a 30-year tenure, and the first Islamic bond to be issued with a maturity period of that length.

Given the economic climate of the time, the fact that 1MDB successfully managed to raise this amount of capital reflects the support, goodwill and confidence placed in the company.

We have also noted with concern unsubstantiated speculation that a portion of this interest rate has been paid to ‘middle-men’ as a benefit payment of sorts. This is a serious allegation.

We wish to make clear in unequivocal terms that the entirety of the 5.75% annual interest rate is paid to our bondholders, which include some of Malaysia’s leading institutions, twice a year in accordance with the payment schedule. To suggest otherwise or insinuate that a portion of this amount is being paid to middlemen is factually incorrect.

Further to this, concerns have also been raised about the commission and fees incurred by 1MDB for two additional debt issuances in 2012 and 2013, for US$1.75 billion and US$3.0 billion respectively.

Both these bonds were issued at a discount typical of most bond offerings. Any difference between par value (issued value) and the net proceeds of a bond comprises not only fees and other expenses but also its effective yield, which takes into account the discount and the remaining tenure of the bond.

We would like to make clear that the bulk of the difference between the bonds’ par value and the net proceeds are attributed to the bonds being issued at a discount. This decision is to ensure the successful completion of the fundraising in view of internal and external factors of the market, the speed to complete the offering and the scale of the underwriting.

Both debt issuances were fully underwritten by Goldman Sachs, which is a leading global investment bank.  It is one of a handful of banks with the ability to underwrite debt issuances of this size and scale. The bonds which are issued at a discount to its par value ensures the timely and successful completion of our debt issuances, in what was still a challenging time for the global economy.

With respect to the aforementioned transactions, we have noted with concern the insinuation that Goldman Sachs may have made payments to third parties, an allegation that we deny in unequivocal terms.

Like any major company, 1MDB has raised capital on the international debt markets to finance specific projects, the scale of which has required us to do so. All of our debt is backed by solid assets, and the total value of our assets (RM44.67 billion as at financial year ended March 2013), comfortably exceeds the value of our total debts
(RM37 billion for the same period).

It is also important to note that we have never missed a payment schedule, nor do we intend to do so. Our consistent ability to raise funds on the international markets, and from quality investors, reflects the confidence they place in us.

The listing of our energy business is one of a series of exercises that we intend to carry out to deleverage our balance sheet.

Furthermore, we are developing our real estate business with projects such as TRX and Bandar Malaysia.  Over the past year, we have entered into a number of agreements with leading companies and institutions from around the world such as international property and infrastructure group Lend Lease.  All these will lead to an in-flow of capital into Malaysia.

As we continue to enhance the value of our real estate assets, allowing us to further monetise, with the funds generated being used to drive future growth as well as reduce our debt levels.

In addition to claims centred around 1MDB’s debt issuances, allegations regarding the amounts paid by 1MDB for its energy and real estate assets have been raised again as well.

Like any other company, we only acquire assets when we are convinced that they represent compelling value for our business. In line with the Government’s strategic aim of ensuring Malaysia’s energy security, we have acquired a number of energy assets since 2012. These acquisitions have allowed us to diversify our fuel mix and country risks, as well as benefit from healthy cash flows and the expertise of their excellent management teams.

The claims relating to the amounts we paid for our energy assets revolve around values that were attributed to the assets at the time they were acquired and on the basis of certain assumptions made by external parties.

However, we take a long term view and consider broader synergies for the group, as well as the social and economic impact on the country, when we evaluate assets and forecast economic returns. As such, we believe that the value we paid for these assets - which may have involved a premium in certain instances, as is common when acquiring another business - is commensurate with their existing and future potential.

1MDB has also been subjected to claims that it overpaid for land parcels in Penang. The land in question is located in Air Itam, a much sought-after area where property prices have seen a substantial increase in recent years.

The size of the land acquired will allow us to build close to 10,000 affordable homes, and we intend to use the remaining parcel of land – which would be of a considerable size – for other development purposes from which we would expect to generate significant value.
As such, we are confident of adding to the overall value of the land, and believe that the price we paid is commensurate with this.

This is reflected in the prices that other developers have paid to acquire land in neighbouring areas which, at over RM200 per sq ft, is substantially higher than what we paid. We understand that in one instance, dating back to 2013, approximately 9.8 hectares in Air Itam were purchased for RM267.4 million, about RM251 per sq ft, for a mixed-use development.

Our scale as Malaysia’s second largest independent power producer, successful track record in the sector, and experienced management team mean that we are a competitive player in any tender process. Earlier this year, a joint consortium consisting of 1MDB and Mitsui & Co participated in an open and competitive tender exercise for a 2000MW coal-fired power plant known as Project 3B.

Following due consideration of the various bids, the Energy Commission announced that our consortium had been chosen as the preferred bidder.

Subsequently, there have been suggestions that 1MDB received preferential treatment, and that our joint bid was not as good as that submitted by other participants in the process. Any award is based on a number of considerations to ensure secure and cost-effective energy supplies to consumers, for instance: the technical standards of the bid, the track record of the company, the bidding price, the urgency of the project and energy security and the whole systems cost of the bid.

As the Energy Commission announced in a public statement, the 1MDB-Mitsui Consortium has won the bidding exercise “in a fair and square manner with a well-proven technology that would enhance security of supply expected of a 2000MW coal-fired power plant operating in a grid system of our size”.

It is also worth noting that 1MDB was not successful in other tenders we have participated in, namely the gas-fired Prai plant bid and the 1000MW coal-fired power plant.  Both projects went to TNB, whom the authorities view as offering a better package, despite 1MDB offering the lowest bid price for the Prai bid.

Project financing for 3B

1MDB would like to state that its consortium paid less than RM8 million to assemble and submit our bid for Project 3B. This is about half the amount a business daily claimed other bidders spent for this stage.

To our knowledge, no other bidder has come on record to reveal this information because this is confidential business information. We are making this known because we want to put to rest these baseless insinuations.

1MDB did not spend US$100million to win Project 3B.

Upon award, the 1MDB-Mitsui Consortium moved to the next development stage to bring the plant into operation, expected in 2018. This development period thus makes up the bulk of the development costs.

Development cost or development fee is what is paid to the project sponsor for the development work done by the sponsor to bring the project to realisation, from the bid process all the way through to the plant operation. It is not a reimbursement cost.

It will help improve the project sponsor’s equity return, due to the effect of time value of money, as the payment is made upfront rather than from the operational cash flow of the project.  The amount is negotiated and subject to lenders’ approval.

Furthermore, any accusations that our 3B sukuk bondholders will bear any hidden risks are completely untrue and irresponsible. Our bond exercise comes with a bank guarantee which ensures the promoters’ commitment on the injection of equity. The security of cash flow and returns to bondholders is assured.