1MDB could be a victim of fraud, says Arul Kanda 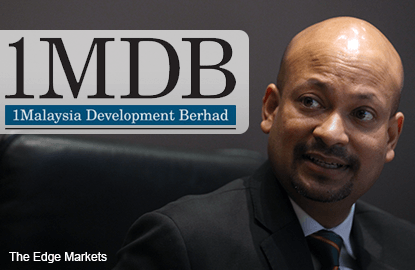 “1MDB is exploring all avenues open to us,” said 1MDB president and chief executive Arul Kanda Kandasamy. “Further announcements will be made in due course.”

On Monday, IPIC and its subsidiary Aabar Investments PJS (Aabar) said that they did not own British Virgin Islands-registered Aabar BVI.

In a statement to the London Stock Exchange, they said neither of them have received payments from Aabar BVI, nor have assumed any liabilities on behalf of Aabar BVI, to which 1MDB had made US$3.5 billion in payments.

IPIC and Aabar had also said publicly-available records showed that Aabar BVI was wound up and dissolved in June 2015.

Yesterday, OAG said it has “elements in hand” allowing it to suspect that money paid for the guarantee of bonds issued to fund 1MDB’s power plants was not returned to Aabar BVI.

“To the contrary, these funds would have benefited others, particularly two public officials concerned, as well as a company related to the motion picture industry,” it said.

“A former 1MDB body, already accused in the Swiss proceedings, has also benefited from these amounts,” it added.

The Wall Street Journal, in a series of articles, had alleged that Red Granite Pictures, the production company behind the Oscar-nominated film The Wolf of Wall Street, had obtained the capital to produce the movie, after receiving funds diverted from 1MDB.

Red Granite Pictures have repeatedly denied that the movie, which received five nominations at the 2014 Academy Awards, was funded by capital from 1MDB.