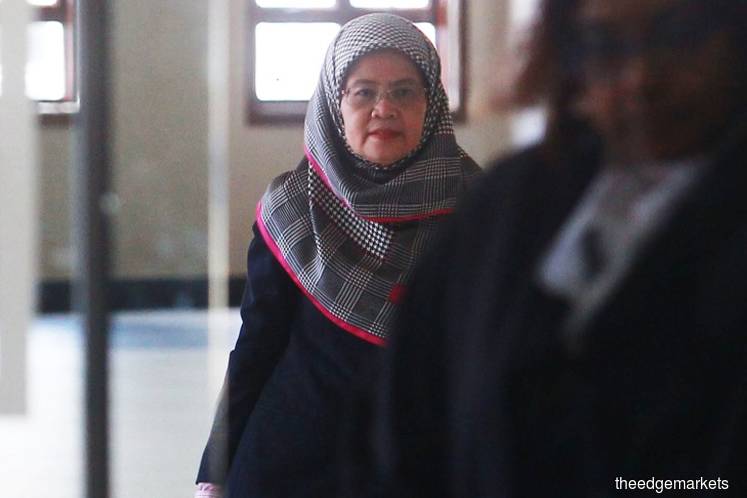 Yesterday, former chief secretary to the government Tan Sri Ali Hamsa had told the High Court that on receiving the draft on Feb 22, 2016, Najib immediately summoned him and then Auditor-General Tan Sri Ambrin Buang to a meeting during which the Pekan MP expressed his dissatisfaction with the report.

Nor Salwani said one of the six copies was retained and later given for safe-keeping to Tan Sri Madinah Mohamad, who had succeeded Ambrin as Auditor-General in February 2017. Madinah was replaced by Datuk Nik Azman Nik Abdul Majid, the present Auditor-General, in February this year.

On Nov 26 last year, Madinah had said in a statement that the final 1MDB audit report was tampered with, a point she reiterated when testifying in December to a PAC hearing on the tampered audit report.

Nor Salwani said the copy was later given to the Malaysian Anti-Corruption Commission on Nov 2, 2018.

Ali had told the court yesterday that he was asked to hold a coordination meeting with representatives from the Prime Minister's Office, Arul Kanda, NAD, the Finance Ministry and Attorney General's Chambers to address Najib's dissatisfaction with issues in the draft audit report.

It was during this meeting, on Feb 24, 2016, that the offence Najib and Arul Kanda have been charged with — tampering with the 1MDB audit report — was allegedly committed, as four contradictions in the report that do not favour 1MDB and Najib were removed.

According to Nor Salwani, she was appointed as coordinator by Ambrin to oversee the preparation of the 1MDB audit report on March 9, 2015, following PAC's direction to the NAD on Feb 27, 2015 to carry out an audit on 1MDB.

"Later, on March 4, 2015, the cabinet decided that NAD should verify 1MDB's accounts and that the relevant report should be submitted to the PAC.

"After being appointed as the coordinator of the 1MDB special audit team by Ambrin, who was the Auditor-General at the time, the auditing began on March 10, 2015.

"The audits conducted from March 10, 2015 to June 15, 2015 were then reported in the Interim Report on 1MDB Auditing. The Interim Report was confirmed by 1MDB before being presented to the PAC for two days on July 9, 2015 and July 10, 2015," the witness said in reply to questions from DPP Ahmad Akram Gharib.

Nor Salwani said the Interim Report on 1MDB Auditing prepared by NAD centres on joint venture investments by 1MDB and the analysis of financial statements and financial position of the group for the period of Feb 27, 2009 to March 31, 2014, including the following:

Following the presentation of the Interim Report on 1MDB Auditing, the audit continued until Oct 31, 2015.

Subsequently from Oct 31, 2015 to Dec 15, 2015, the audit team wrote the Audit Observations as a result of the audit, and this became the final audit report that was sent to Najib on Feb 22.

Nor Salwani will continue her testimony tomorrow.