14 mil doses of Sinovac vaccine to be sold to interested states, private companies from this month, says DPM 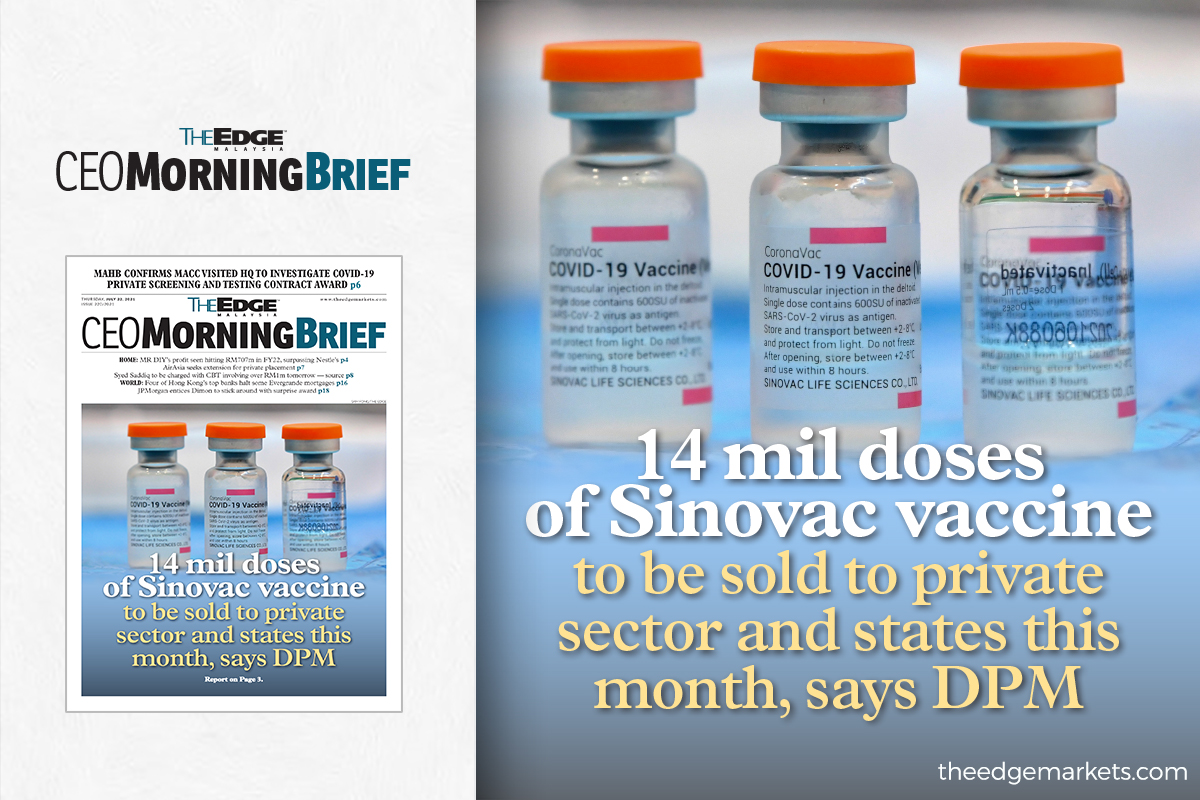 He said the sale of the vaccine doses directly to interested parties had received the approval of the Covid-19 Vaccine Supply Access Guarantee Special Committee and could further expedite efforts to achieve herd immunity earlier than scheduled.

"States are also interested in buying directly, for example Selangor which has long asked for vaccine to be sold directly to them but this committee has its own programme schedule, and that is why we can't give directly," he said at a press conference today.

He said the list of companies and states that applied to purchase vaccine would be referred to the COVID-19 JKJAV for review.

"They can also make reservations directly with Pharmaniaga and will be referred to JKJAV because the names of the recipients listed may have been duplicated or have received the vaccine," he said.

On the flexibility to be given to those who have completed two doses of COVID-19 vaccine, Ismail Sabri said the matter is still under in-depth study by the government.

“Maybe one of the conditions for us is to allow factories to reopen when more than 80 per cent of their workers have completed two doses of vaccination, and when we can sell the vaccine directly to these factories and after that, I believe they can be allowed to apply for permission to reopen their factories.

"We believe that even though two doses have been given, the Ministry of Health considers it still not completely safe, but at least two doses along with other conditions such as screening tests every two weeks and so on can help, but the matter is still being discussed," he said.

Ismail Sabri added, the government has also received various suggestions on relaxation of restrictions, including couples living apart who would be allowed to travel interstate when they have been fully vaccinated but some also think the time is not suitable yet.

"There are also suggestions to allow businesses or industries that have never had a cluster to operate or  to give permission to fully vaccinated customers to dine at restaurants. This is one view we have received and we are still studying," he said.