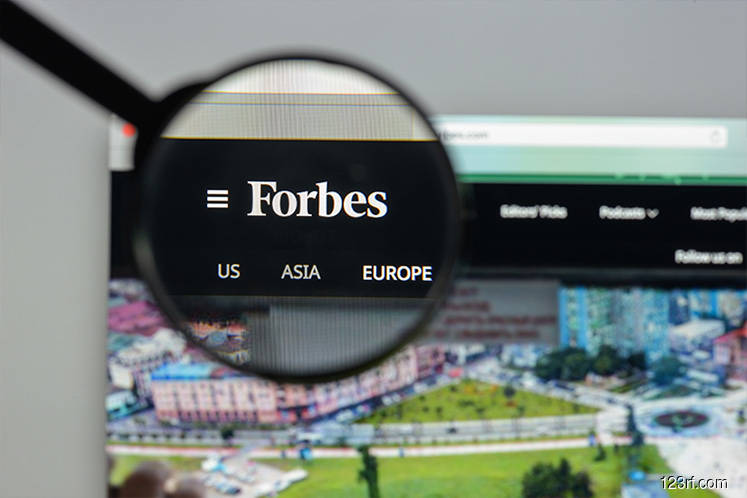 KUALA LUMPUR (June 7): Thirteen Malaysian companies, led by Malayan Banking Bhd (Maybank), have made it into the Forbes 2018 Global 2000 list, which ranks the biggest, most powerful and most valuable companies in the world.

Criteria for the ranking include sales, profits, assets and market value.

Forbes said Chinese companies extended their streak at the top of the Global 2000 list.

Industrial & Commercial Bank of China is ranked No. 1 for the sixth consecutive year. China Construction Bank remains in the No. 2 spot.