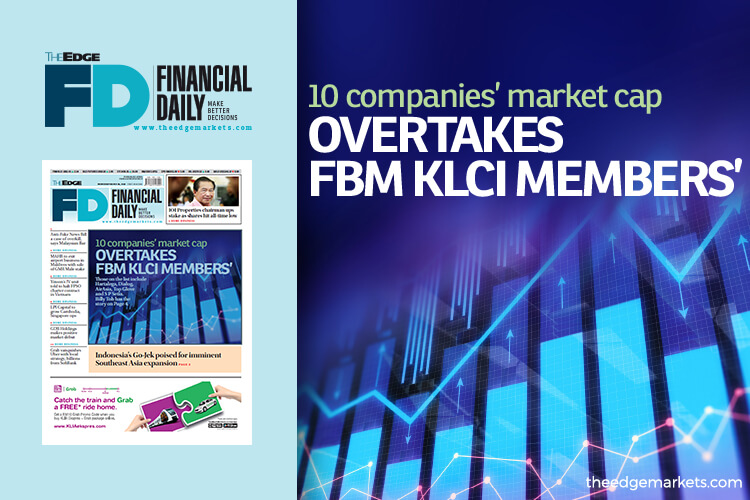 Market capitalisation is one of the many criteria that is considered by the regulators to select component stocks for the benchmark index.

Given the changes in the market capitalisation, it will be interesting to see how this would affect the upcoming review of the FBM KLCI in May. Recall that two changes were made to the member list of the FBM KLCI in November last year. IJM Corp and British American Tobacco (M) Bhd (BAT) were replaced with Press Metal Aluminium Holdings Bhd and Nestle (M) Bhd.

Nestle’s share price has marched to an all-time high in the past three months after it became the constitute of the index. The blue chip climbed from RM97.30 — a level then viewed as the peak — to the all-time high of RM157.40 two weeks back. It closed at RM149.70 yesterday.

Since being dropped from the list, the fall in BAT’s share price has continued. Its earnings performance did not help to stem the fall too. For the full year ended Dec 31, 2017, the cigarette maker’s net profit plunged by a third to RM479.69 million from RM732.07 million a year ago. Revenue fell 20% year-on-year to RM3 billion from RM3.76 billion. Its earnings were the lowest since 2000.

Astro Malaysia Holdings Bhd, AMMB Holdings Bhd and KLCCP Stapled Group are among the laggards, whose market capitalisations have been fallen behind.

Astro’s share price has slid about 24.5% over the last one year to close at RM2.03, its all-time low, and has been one of the worst performers among the FBM KLCI constituents so far this year.

The company’s market capitalisation has shrunk by 28.5% to RM10.6 billion compared with RM14.8 billion on Nov 30 when the FBM KLCI was last reviewed. Back then, Astro was the 28th largest company by market cap, but is now the 40th largest market cap company listed on Bursa Malaysia. 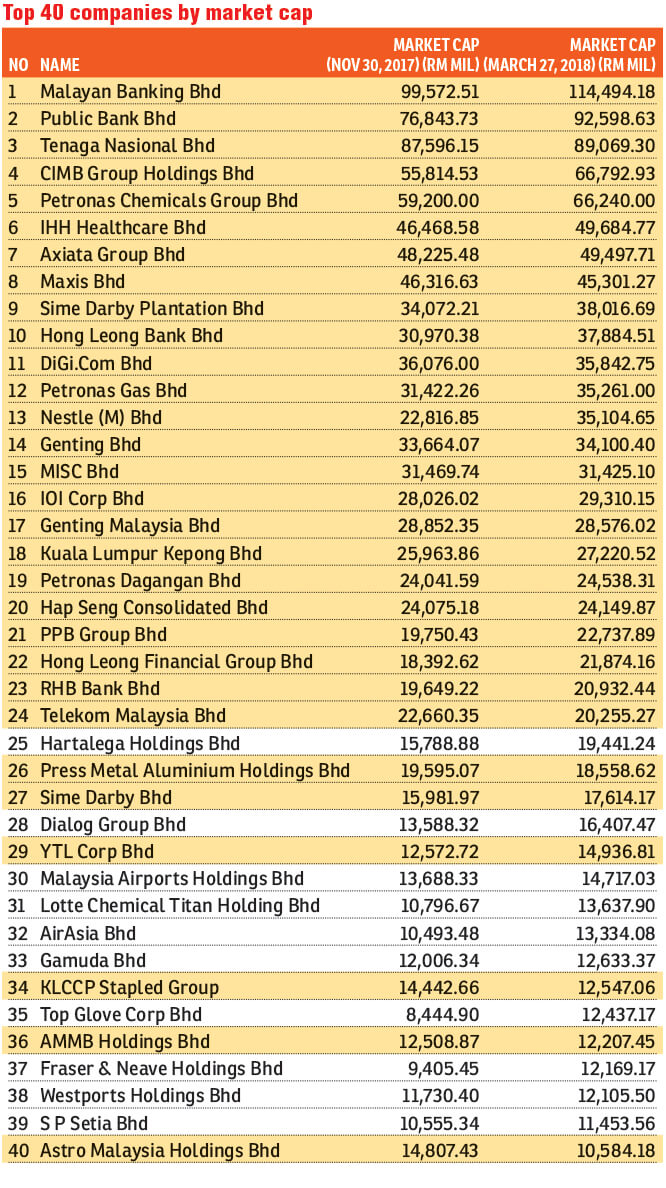