‘If I wanted to steal money, I won’t put it in Malaysia’ 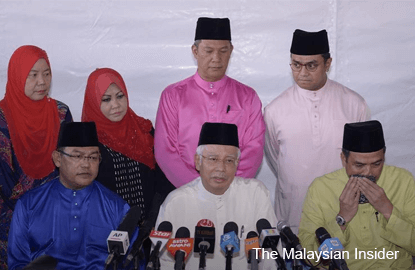 KUALA LUMPUR/SEMENYIH: Prime Minister Datuk Seri Najib Razak yesterday rubbished claims he had stolen 1Malaysia Development Bhd’s (1MDB) funds, saying that if he wanted to do so, he would not have placed the money in Malaysia.

He said he was merely a victim of certain quarters who were trying to twist public perception, so that the opposition will gain more votes in the general election.

“In the past one or two days, they have come up with all sorts of stories. I have become a victim of their relentless attacks lately, that I supposedly stole a huge amount of money and placed it into my personal accounts.

“I am thankful, there are some who say they don’t believe the news, including Datuk Dr Haron Din on his Twitter. He said it didn’t make sense for me to do something like that.

“If I wanted to steal, surely I won’t steal the money and bring it into an account in Malaysia. That is, if I wanted to be a robber. But of course, as a prime minister, I won’t betray Malaysians and what belongs to Malaysians,” he said in his speech at the Bandar Rinching Mosque in Semenyih.

Last Thursday, the Wall Street Journal (WSJ) alleged that up to US$700 million was transferred to Najib’s personal bank accounts with AmBank in 2013, just before the 13th general election.

But Najib last Friday stated he had never taken any funds from 1MDB for personal gain, and pinned the blame for the latest report on former prime minister Tun Dr Mahathir Mohamad, who has in recent months called for Najib’s resignation.

However, opposition politicians have taken Najib to task over his “ambiguous denial”, while the WSJ is standing by its story, saying its report was based on solid documentation proof.

Meanwhile, the prime minister said yesterday his critics used social media to play up false issues, and pointed to the storm over 1MDB’s debts as an example.

Najib’s own Cabinet ministers, including Deputy Prime Minister Tan Sri Muhyiddin Yassin and Rural and Regional Development Minister Datuk Seri Shafie Apdal, have urged the prime minister to take legal action against the WSJ if the report is untrue.

Bernama reported from Semenyih that Najib said he will decide in the next few days on the form of action he will take, concerning the allegation that about US$700 million had purportedly been channelled into his personal accounts.

The prime minister said the matter had been referred to his team of lawyers for advice and the form of follow-up action in terms of the law and so on that could be taken within and outside the country.

“I am referring to the malicious accusation that I had purportedly misappropriated [the funds] into my personal accounts,” he said at a media conference in conjunction with the iftar gathering between the people of Selangor and the prime minister at the Bandar Rinching Mosque, here yesterday. — The Malaysian Insider/ Bernama 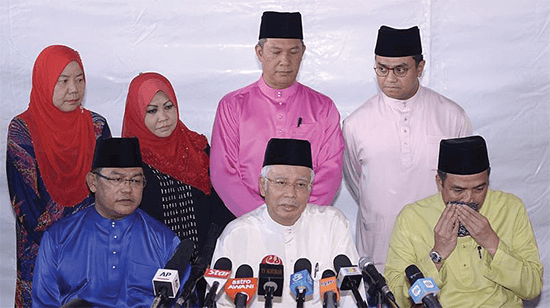